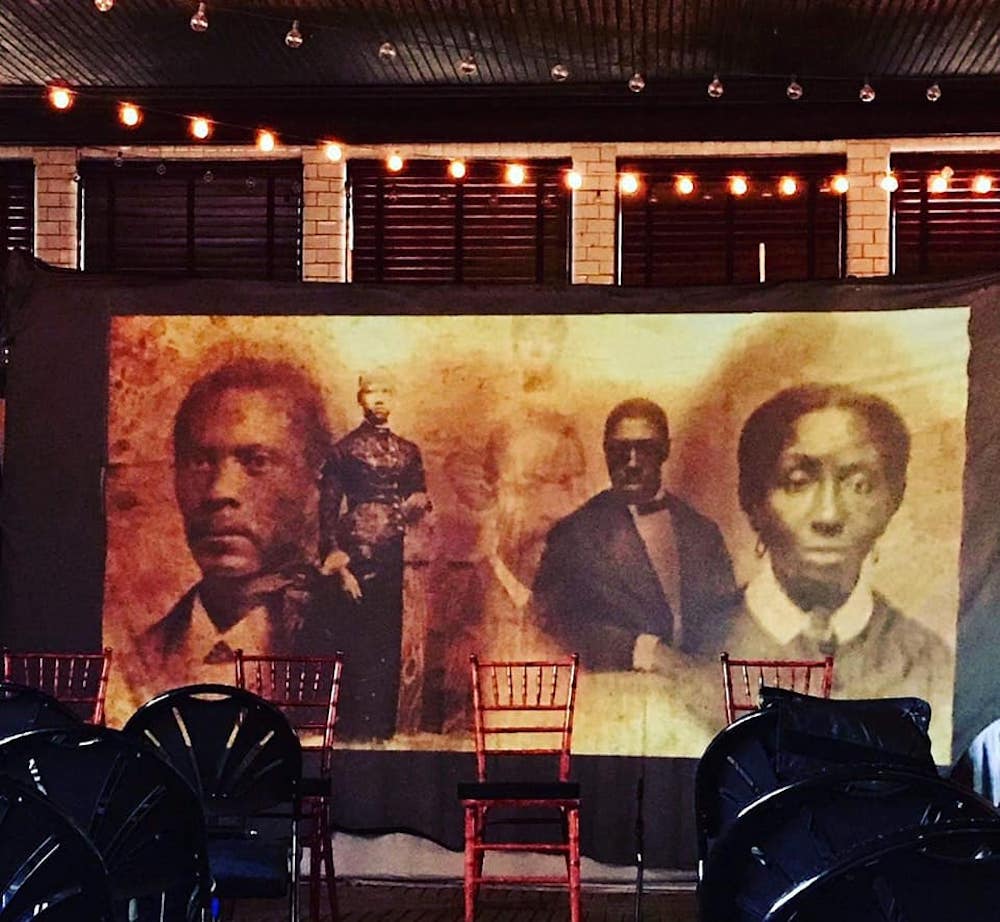 It’s no secret that some of the biggest names in film and television now call the Hudson Valley their home. But when it comes to imbuing their creative work with local flavor, none can hold a candle to Jeremy Davidson and Mary Stuart Masterson, the renowned husband and wife thespians behind Storyhorse Documentary Theater. 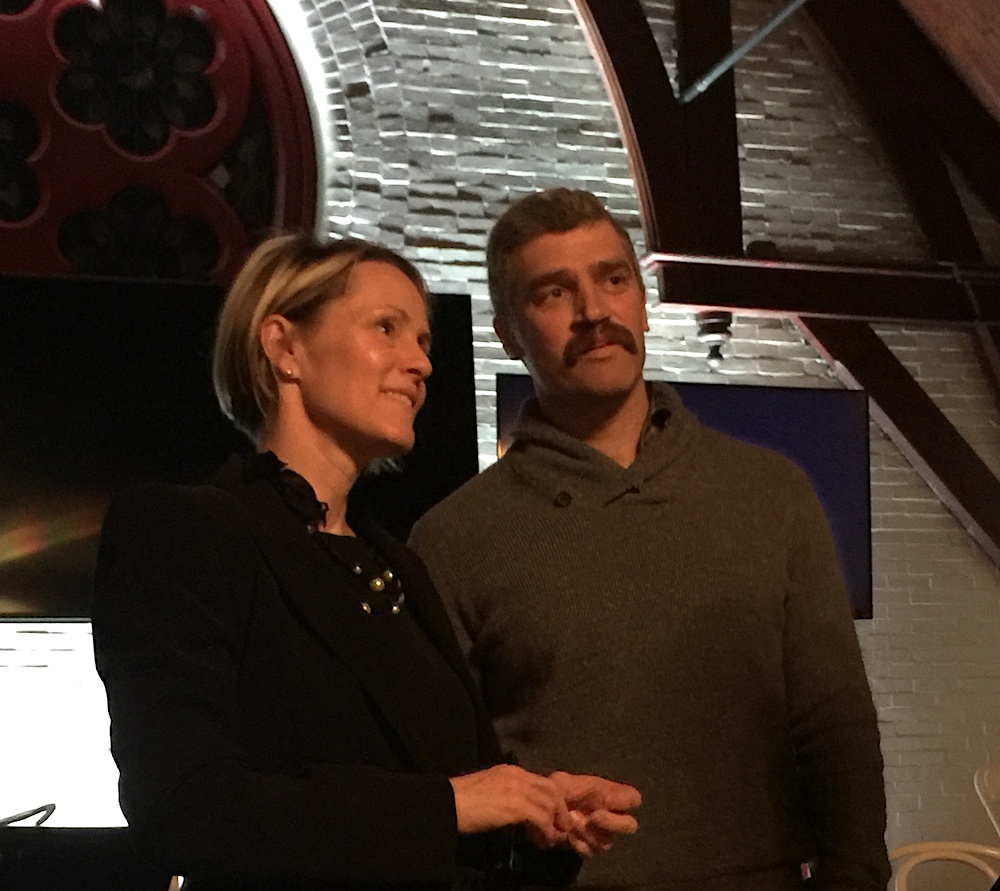 A native New Yorker who launched her acting career at the age of 7, Masterson has been featured in over 25 films including Fried Green Tomatoes, Benny and Joon, Some Kind of Wonderful and The Cake Eaters, a 2007 indie featuring Kristen Stewart and Bruce Dern which was her directorial debut.  The actress also has numerous high-profile television and theater credits including NCIS and Law & Order: SVU and a Tony Award nomination she earned for her work in the Broadway musical, Nine.

Davidson’s television work includes the Netflix series Seven Seconds, Madame Secretary, The Americans, Chicago PD and six seasons of Army Wives, along with roles in acclaimed films like Salt and Windtalkers.  He has notched impressive theater credentials as well, including roles in The Manhattan Theater Club’s Drama Desk-nominated Back, Back, Back and Cat On A Hot Tin Roof, a production staged at The Kennedy Center co-starring his wife.  Davidson was also an actor, writer and director of the award-winning Holocaust film, Tickling Leo, one produced by his wife.

Davidson and Masterson began living part-time in the Hudson Valley in 2006 and became full-timers in 2013.  The duo wanted to trade in the “traveling gypsy existence of an actor’s life” for a cozy small-town environment in which to raise their four young children.  They also desired to learn about, connect with and support their local community with their creativity, one expressed, in part, by their founding of the uniquely missioned Storyhorse Documentary Theater.

Storyhorse creates theatrical productions that are based on transcribed conversations with real people in our local communities, ones focused upon the important social, political, medical and environmental issues facing the Hudson Valley.  These voices and their stories are brought to life with casts of renowned actors, along with cutting-edge video projections and sound design. 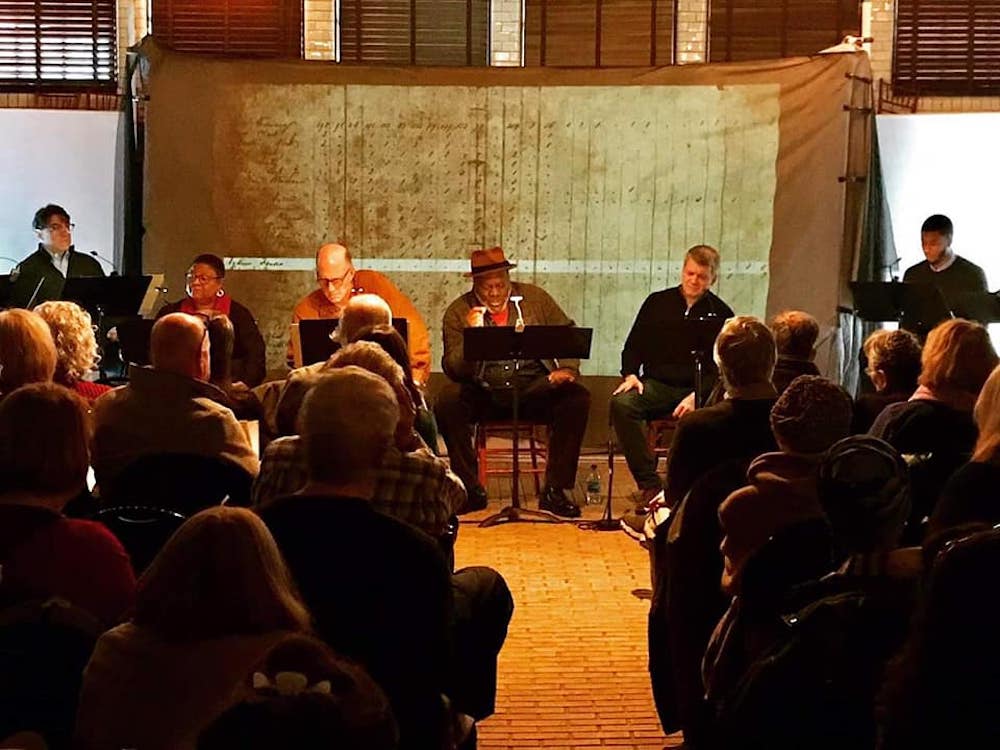 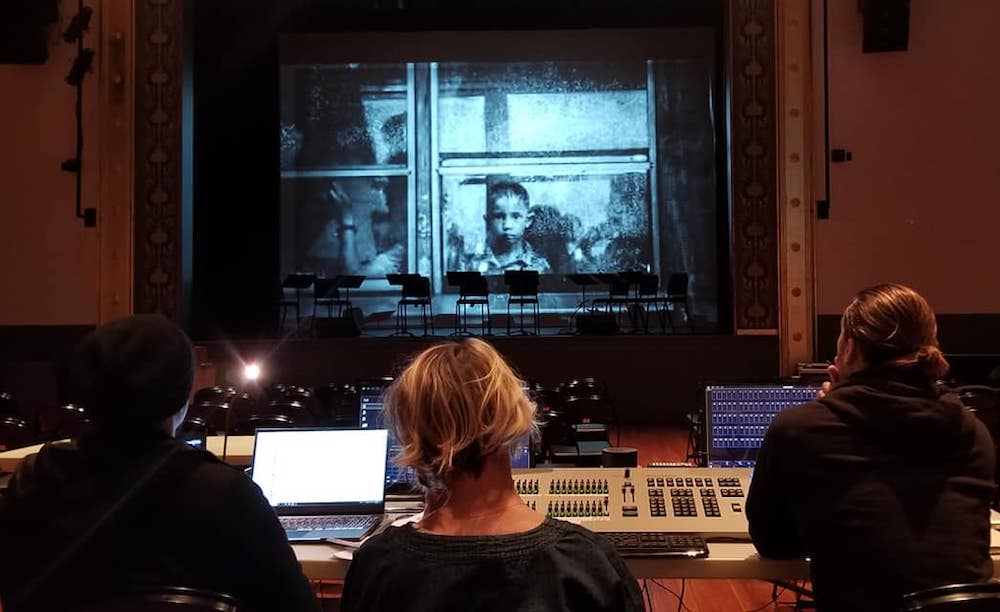 Storyhorse kicked off with The Little Things, an acclaimed piece based on a Poughkeepsie family’s fruitless battle to save their young son from Lyme Disease staged at The Bardavon in 2015.  Subsequent productions have docu-dramatized the plight of farmers, war veterans, the racial history of Rhinebeck and even an unsolved murder in Red Hook in the late 1940s.

After a Covid-19 enforced hiatus, Storyhorse Documentary Theater is back with a new production, Village Kind. Davidson and Masterson’s latest is a theater piece based on conversations with the residents of Tivoli, NY, and historical documents. Their goal is to bring to life the rich past and vibrant, changing present of the community on the 150th anniversary of its incorporation. The stellar cast of television and Broadway veterans featured in Village Kind includes SNL alum Denny Dillion, Skip Sudduth, Sean Cullen, Maria Tucci and acclaimed Woodstock musician Simi Stone. Like many of Storyhorse’s productions, the proceeds will benefit a charity. In this case, it’s the Tivoli Firehouse Capital Campaign that seeks to rehab the structure destroyed by fire in 2019.  There will be three performances of Village Kind – Friday, October 15 and Saturday, October 16 at 7 pm and Sunday, October 17 at 2 pm at the Tivoli Village Hall.

In the below interview, Davidson provides more details on the history of Storyhorse, its latest production, and other important local initiatives being spearheaded with Masterson and other dedicated locals. These include Saugerties’ Upriver Studios and Kingston’s Stockade Works, two efforts that are bringing more film and television work and jobs to the Hudson Valley. 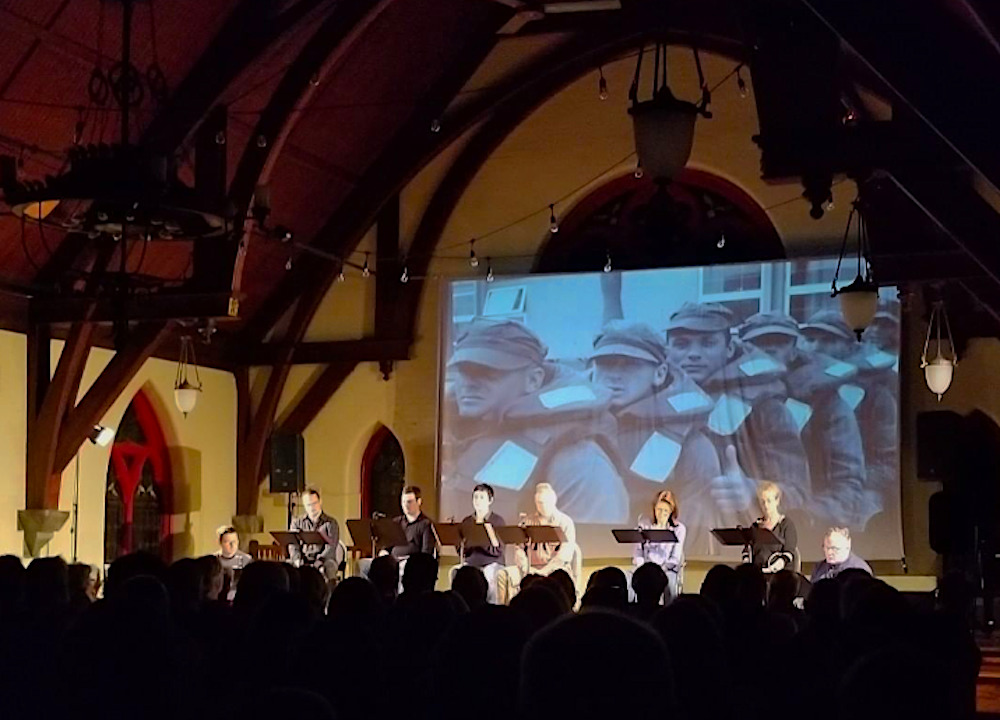 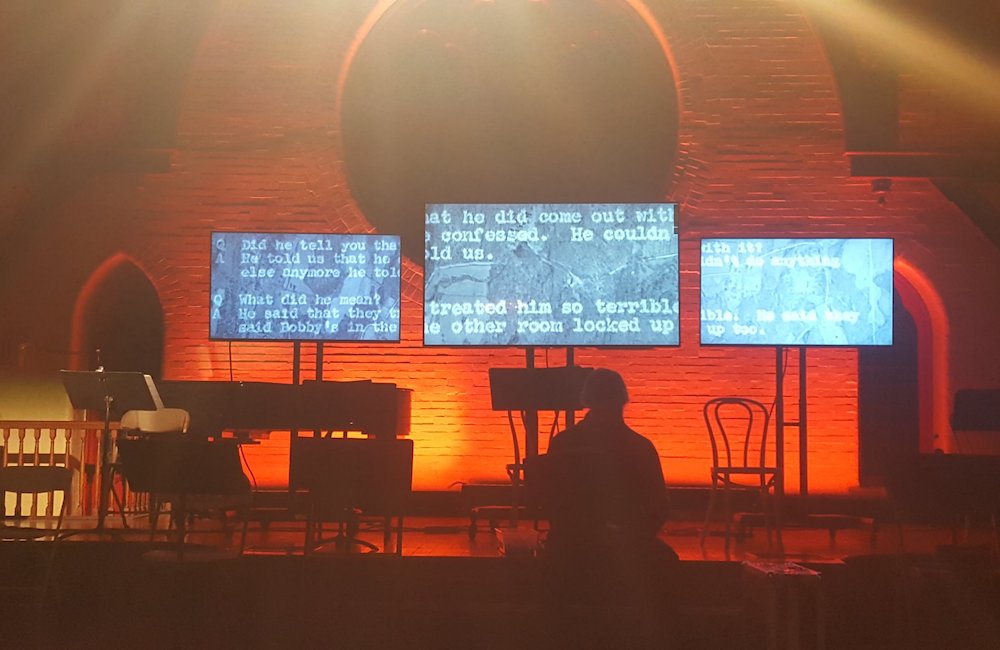 INSIDE+OUT: Where did the concept for Storyhorse Documentary Theater come from?

Jeremy Davidson: It started as a way for Mary Stuart and me to understand where we were raising our children, the past and present of the Hudson Valley.  We look at them as conversations with our community, ones that become performance pieces, concert plays if you will.  When you bring in terrific actors, video projections and sound, they become very powerful storytelling vehicles.  It’s a way to gather and listen to stories about ourselves and deepen our bonds with our neighbors.

How do you come up with the subject matter for the pieces and the voices that are the foundation of the narratives?

We try and find people whose stories are both about the Hudson Valley and also somewhat universal.  It’s talking to people who may be leading very different lives from our own.  When you live in New York City or LA, there’s a tendency to be surrounded by people who think like you do, especially in our world.  Our intention with Storyhorse is to seek out people and stories that are different, ones that may not be getting the attention they deserve.

What’s the division of labor in creating these theatrical pieces?

It all starts with the interviews with locals, people telling their real-life stories.  I’m the writer who turns their words and experiences into a script.  Mary Stuart always reads my early drafts and often comes along for the interviews.  Then we workshop the draft together with actors, then bring back the people we have interviewed to refine the narrative.  We work to try to find actors who are close to the spirit of the interviewees, but not for them to imitate their voices.  We work together on the sound design and video elements, but Mary Stuart is firmly in the director’s chair.  She’s smarter than me, so she’s the final voice on the staging (laughs).

Tell us about the history of your productions and how they’ve grown.

Our first, The Little Things, chronicled the Elone Family of Poughkeepsie and their efforts to save their son from Lyme Disease.  It premiered in 2015 at The Bardavon.  Our next, Good Dirt, tackled the future of food via the voices and stories of a host of organic farmers working throughout the Hudson Valley.  It premiered at The Fisher Center at Bard with an additional performance at The Brooklyn Academy of Music. The issue of race was tackled in The Kept Private, while The Quiet Execution of Frank L. Teal explored the unsolved murder of the Red Hook town surveyor in the 1940s. The impact of war in our community was the focus of Rancich, based on conversations with Navy Seal Commander Tom Rancich and his family.  We have staged these productions everywhere from a barn in Red Hook to a cathedral in Tivoli. 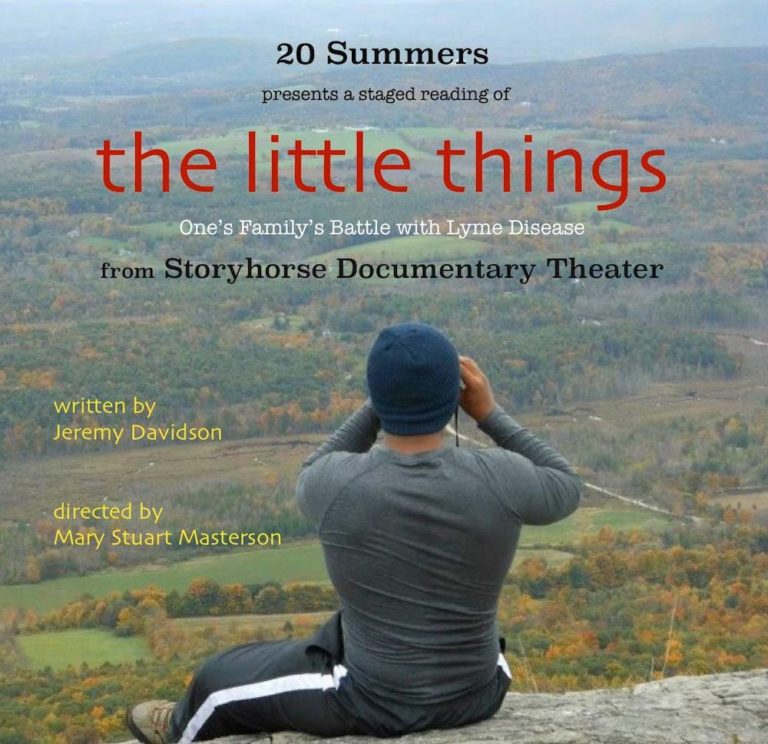 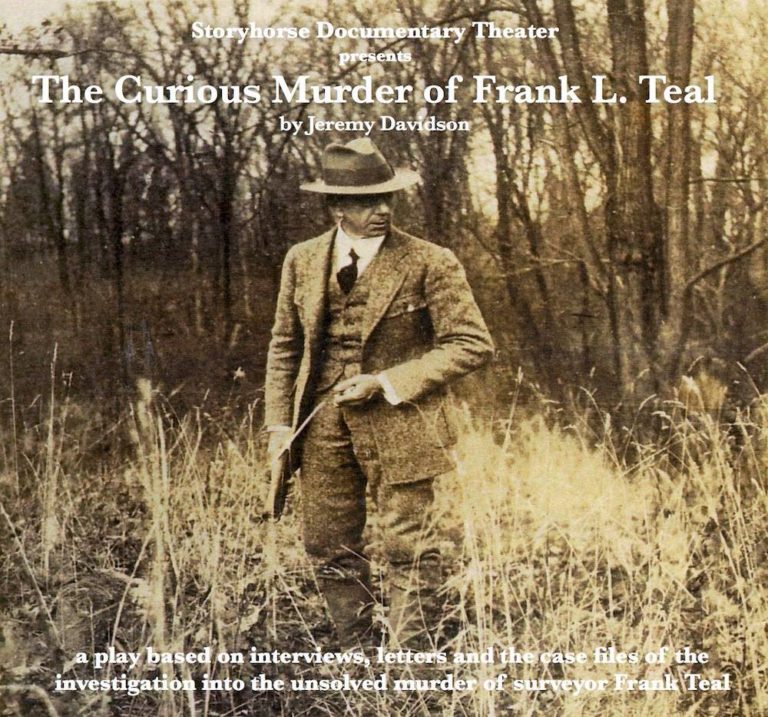 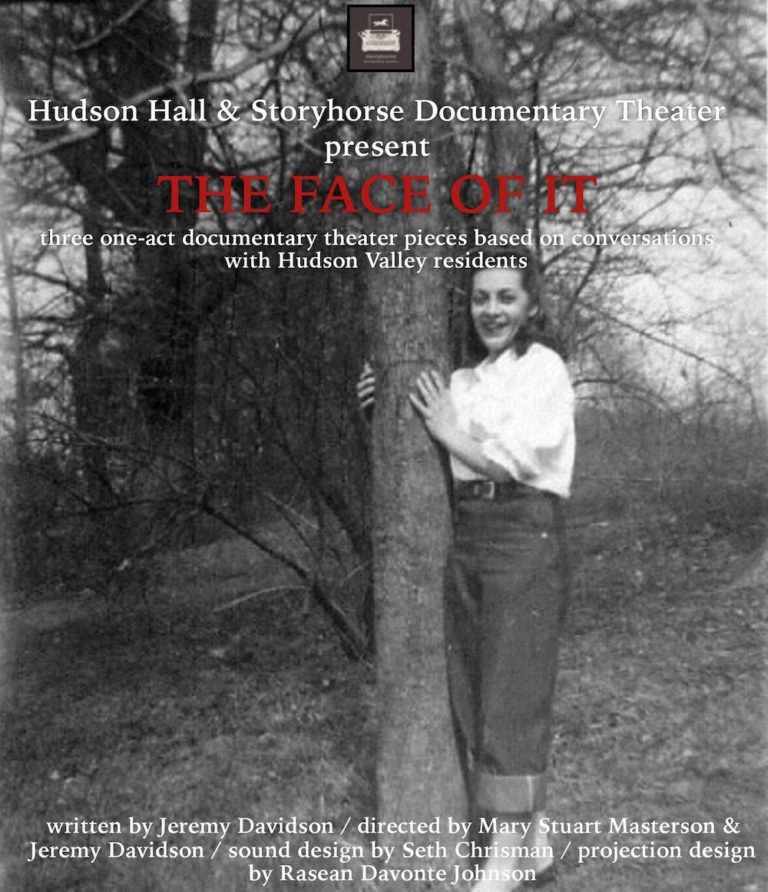 Tell us about your upcoming production, Village Kind.

We were invited to participate as the town of Tivoli marked its Sesquicentennial, its 150th anniversary.  We interviewed a host of people, longtime residents and some new arrivals, and sourced many historical documents.  It’s seven main stories, with more stories woven within.  It’s a remarkable community and a particularly great time to tell its story.  We have a superlative cast of film, television and theater actors bringing it to life.  And the projections and original score give it an even more powerful emotional framework.  But you never really know what a piece is until it’s in front of an audience.  It’s like a concert performance; it’s here and then it’s gone. It’s ephemeral.  That’s what theater is supposed to be. 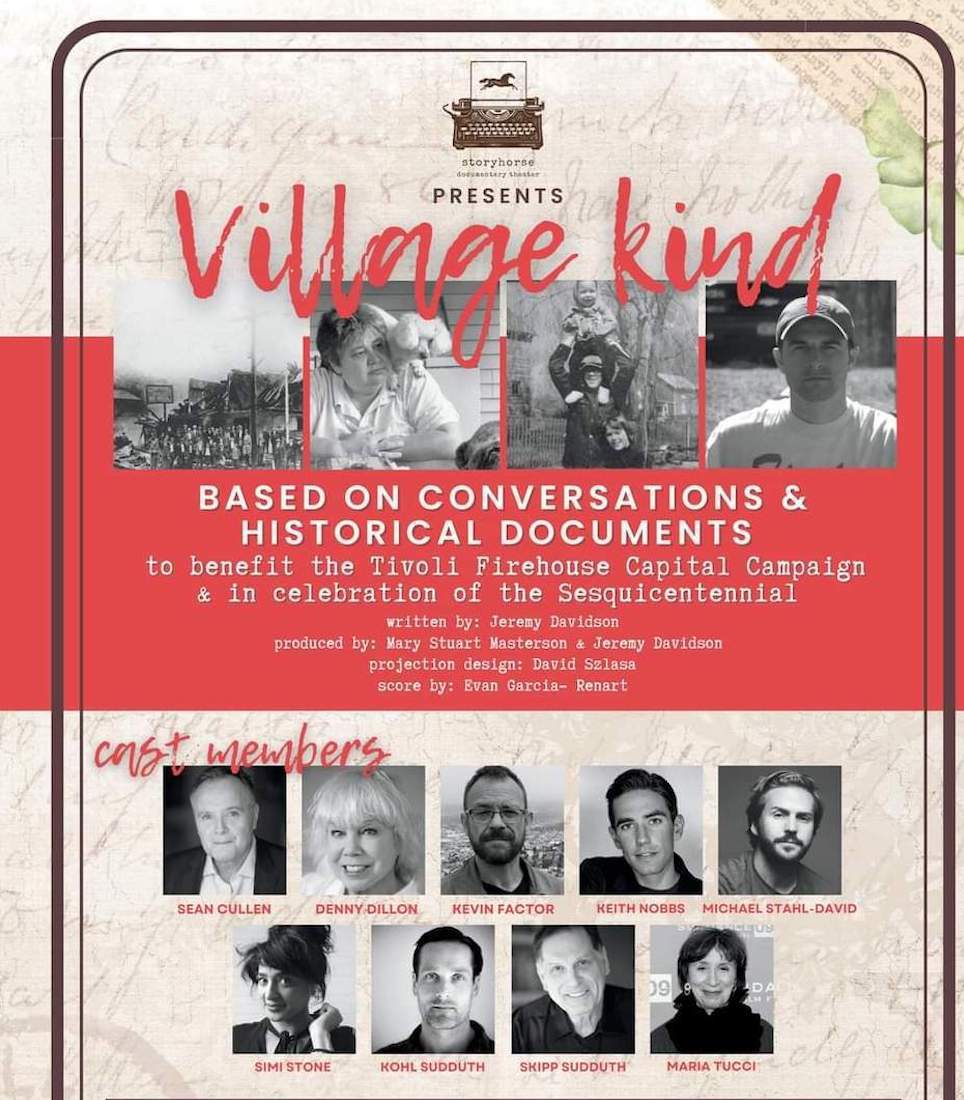 What kind of organizations do you partner with to stage these productions?

We can, and have, done them pretty much everywhere – from a barn to a church to a high-end stage like Bard’s Fisher Center.  In most cases, we also work to make our productions charity efforts.  Rancich benefited the Red Hook VFW, Good Dirt aided the National Farmers Coalition and Village Kind will support a capital campaign to rehab the firehouse in Tivoli that burned down in 2019. 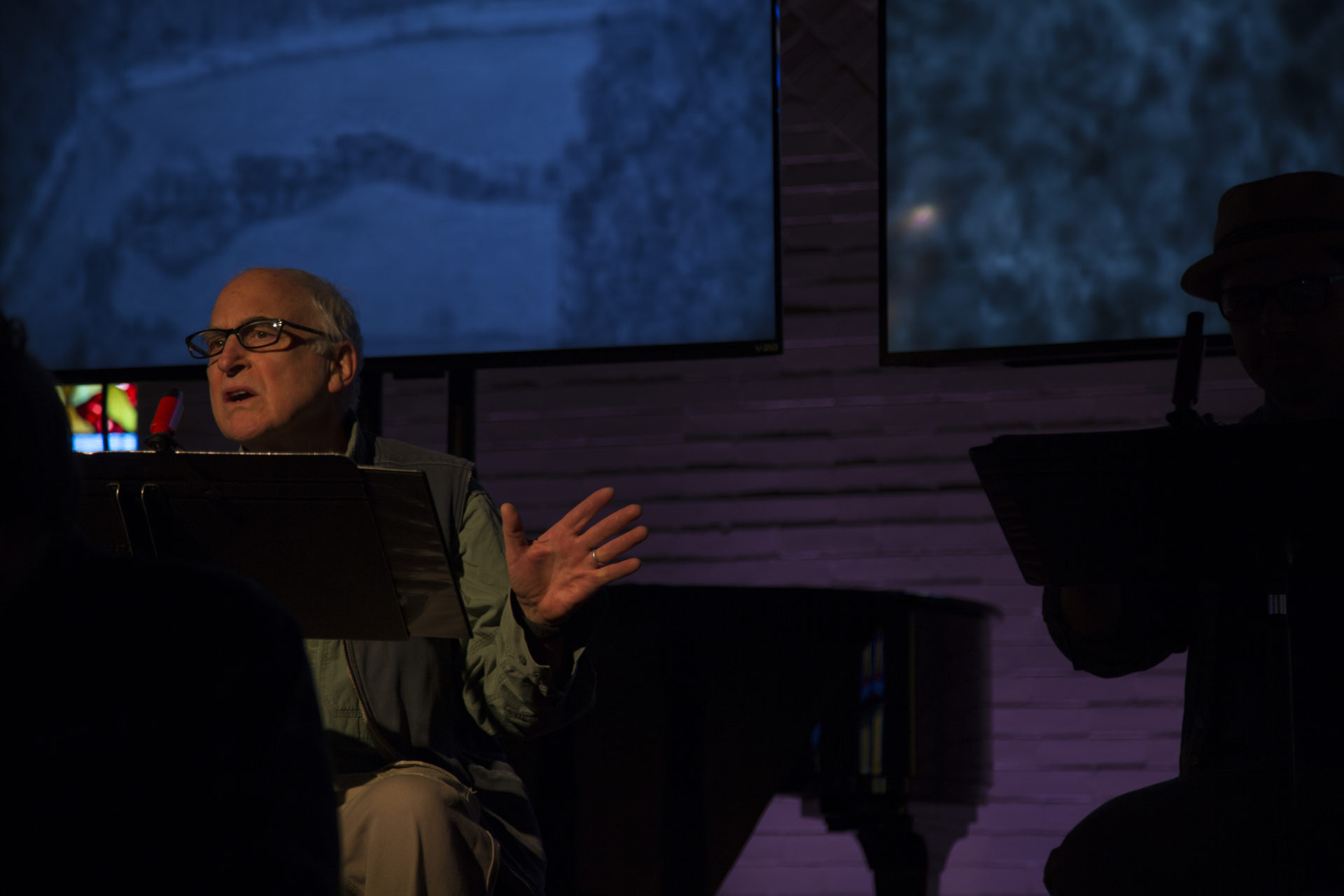 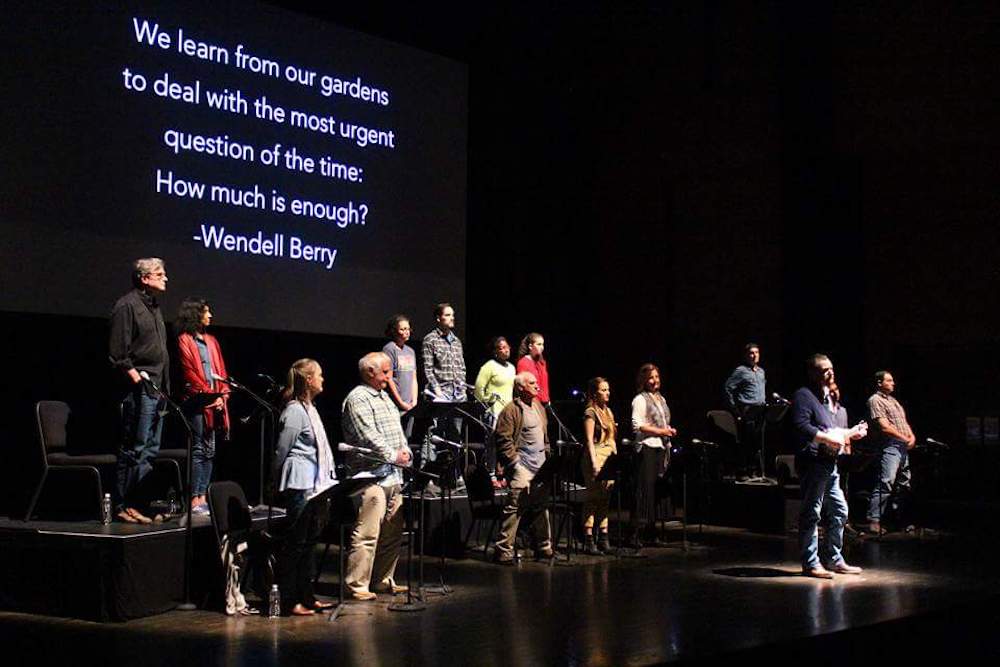 Where does the support come from?

We really rely on donors to make these projects happen – friends, family and some like-minded lovers of the arts in the community.  As most of these are charity efforts, we often can’t apply for grants.  It’s very hard and costly to produce theater, but somehow we are continuing to make it happen.

Any other subjects you look forward to producing in the near future with Storyhorse?

I have a draft of another story completed, but I’m not quite sure it’s a “go” yet.  We also want to continue collecting stories and additional ones from Tivoli for a possible second installment of Village Kind.  Ultimately, we go where the stories and the local voices lead us.

With Upriver Studios and Stockade Works, you two are doing a great deal to grow what people are calling “Hollywood on the Hudson.”

Mary Stuart is really the driver of these two efforts.  She and her partner Beth Davenport launched Upriver Studios in 2019. It’s a 101,000 sq. ft. soundstage and post-production facility in Saugerties which is bringing productions like HBO’s Pretty Little Liars to our area.  In 2016, Mary Stuart and Beth founded Stockade Works in Kingston. That’s a not-for-profit dedicated to furthering the potential for film, television and media in the Hudson Valley via both job training and referral opportunities. There’s a particular focus on women, veterans, people of color and the unemployed in our area.  I’m really just a sounding board for what they are doing over there, but it is most exciting to see these industries and jobs growing so fast in the Hudson Valley. 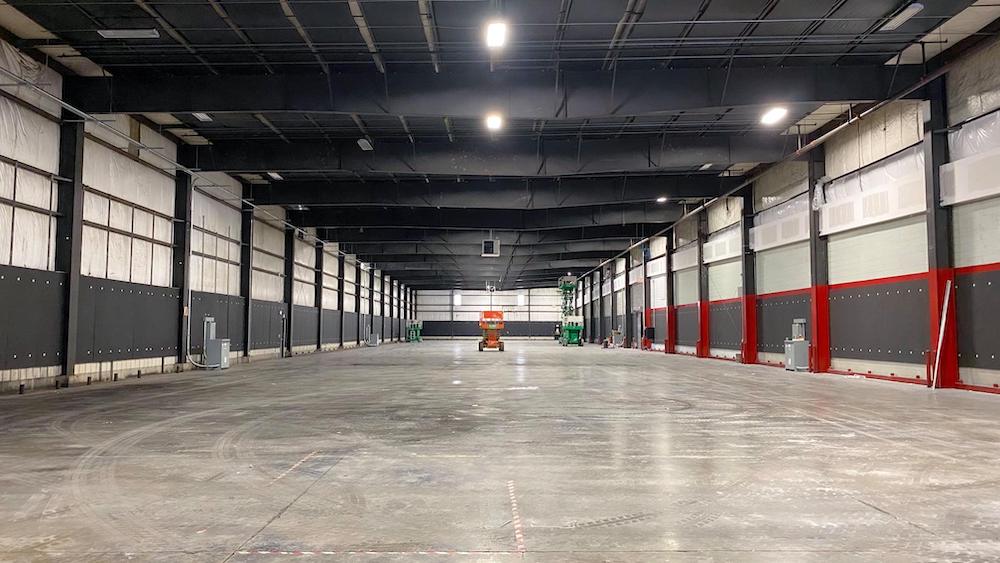 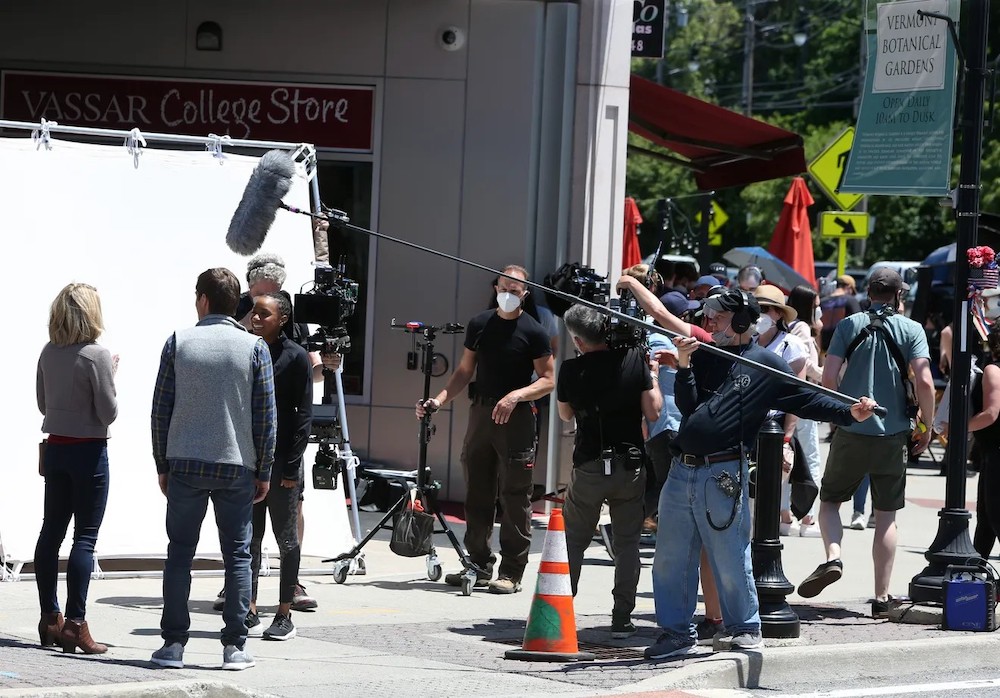 What brought you two to the Hudson Valley?

We lived part-time in the Hudson Valley for seven years before we made a full-time commitment in 2013.  We knew we wanted to raise our kids in a small town and so we’re doing it.  There weren’t a lot of role models for us in our business – married actors with four young kids to raise!  We were both older when we started our family and were on the same page about our desire to raise our kids away from the frenzy of LA or New York.  The fact that there is such a vibrant creative community up here is a real bonus.  That our community – its people and stories – are the bedrock of Storyhorse Documentary Theater is yet another fantastic and unexpected surprise bestowed on us by the Hudson Valley. 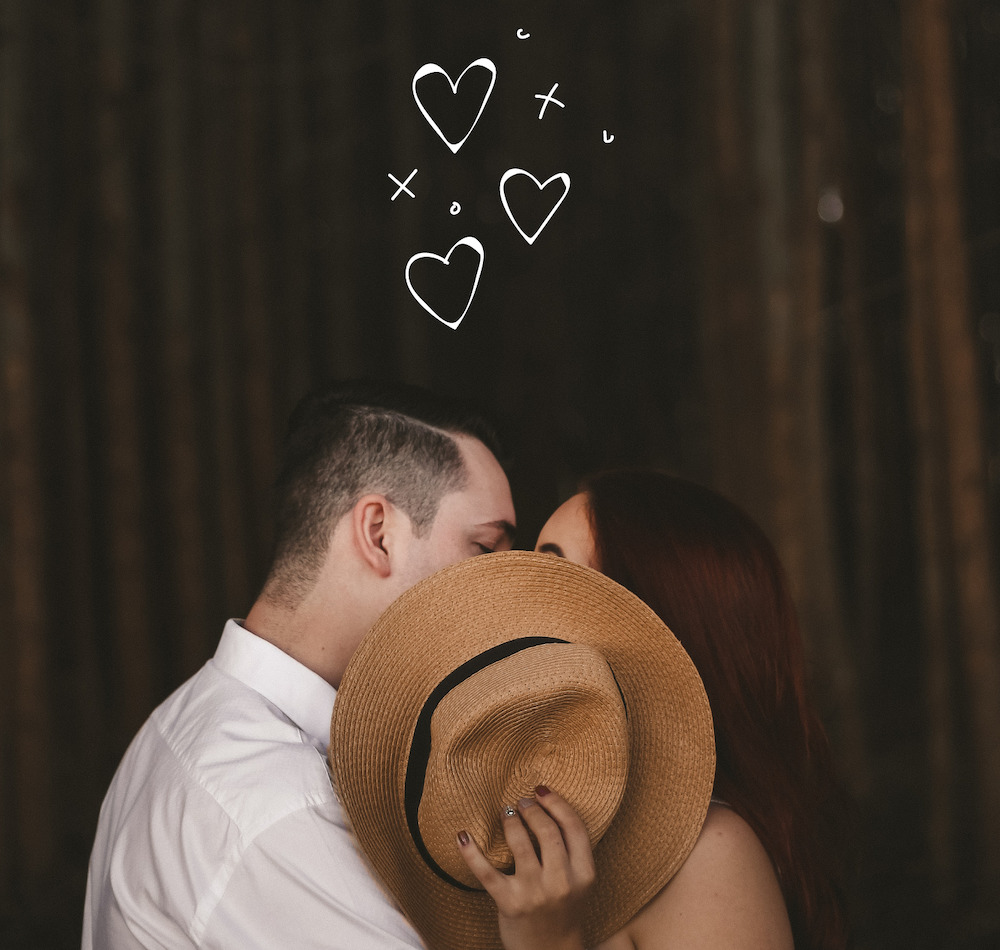 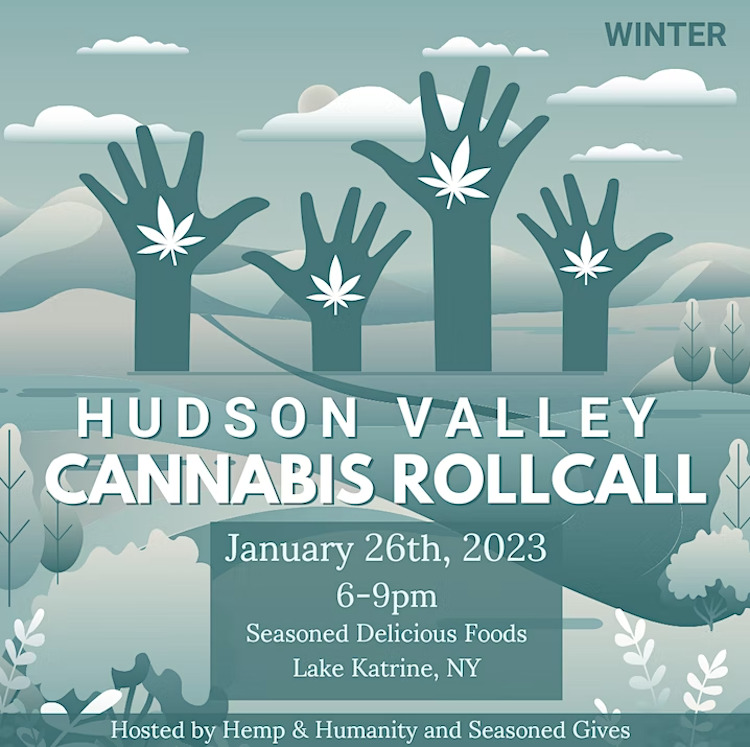 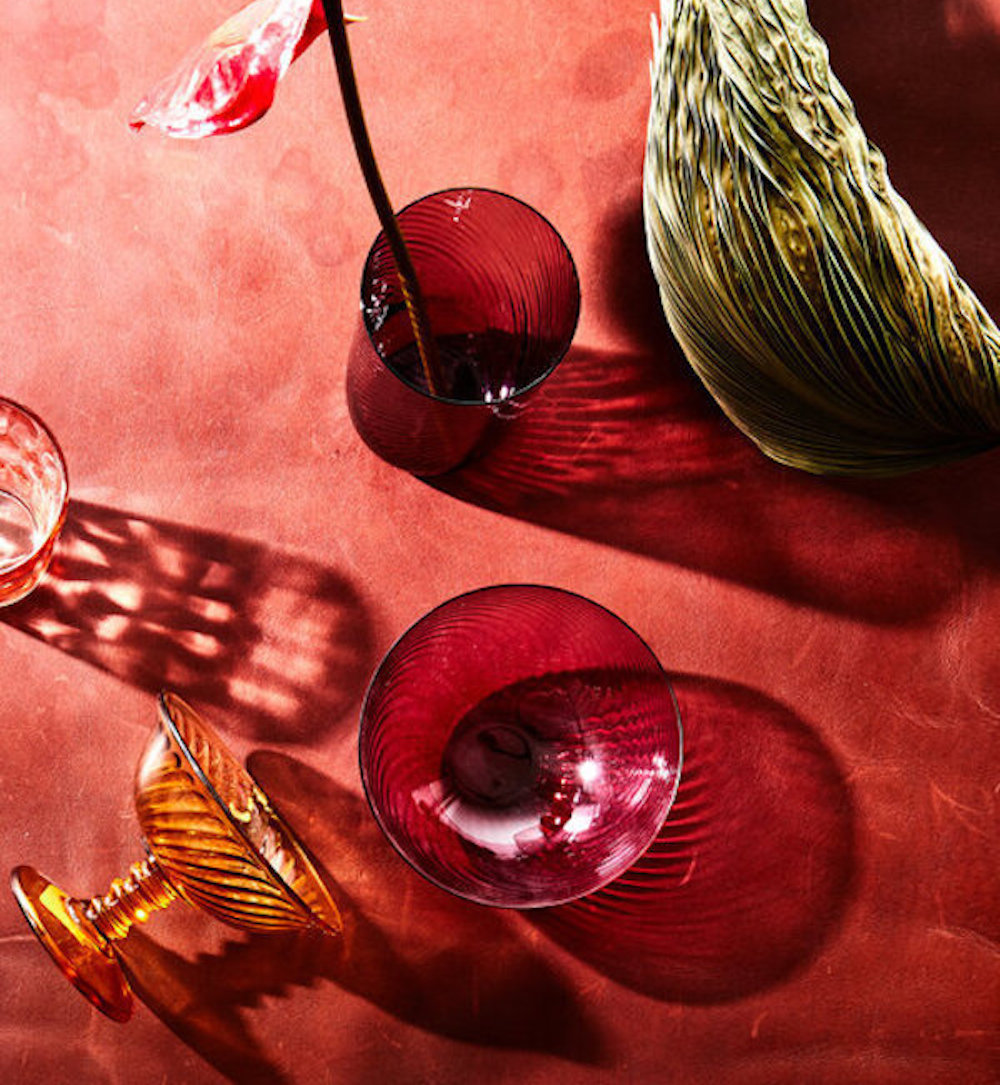