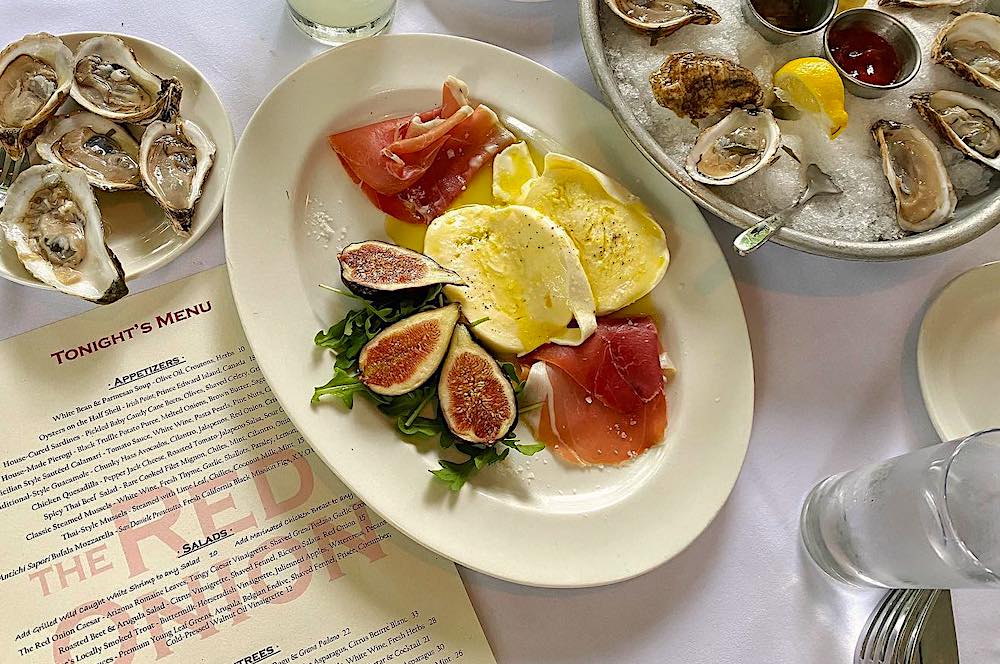 A true local favorite and one of Open Table’s highest-rated restaurants in the Hudson Valley, the bistro-style Red Onion Restaurant & Bar is widely known for its consistently delicious, award-winning cuisine, killer cocktails and extensive selection of estate-grown and bottled wines. This warm and inviting restaurant is the locals’ version of Cheers, “where everyone knows your name” and you’re sure to bump into a stream of friends and acquaintances throughout the evening.

Located in an updated mid-19th century farmhouse between Saugerties and Woodstock, the popular Red Onion with was once owned by the Mayor of Saugerties and (at another time, of course) reputedly a place of prostitution. Local lore has it that the building is still haunted by the ghost of a young female “resident” found in a snowbank in the late 1800s.

We love its cozy vibe and the friendly, accommodating staff. Hats off to proprietor and chef, Kevin Katz and restaurant General Manager Jeff Beck for creating this endearing local hot spot. We missed it terribly during COVID…but they’re back in full swing! 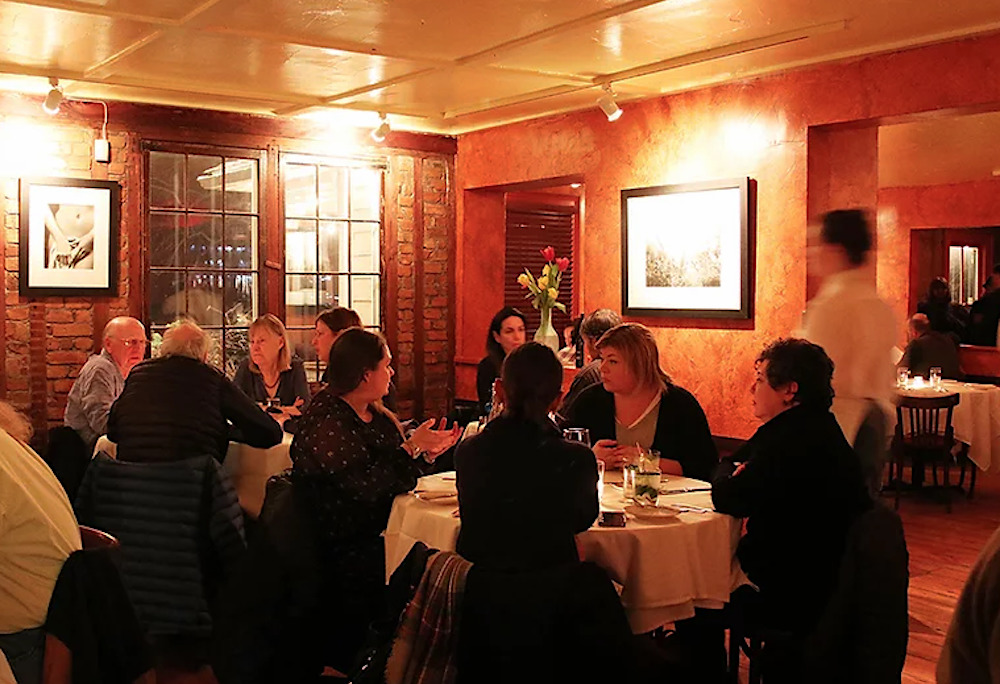 INSIDE+OUT UPSTATE NY: Where were you born? How did you wind up in the Hudson Valley?

KEVIN KATZ: I was born in the Bronx and spent my early years in New York City. My father was offered a partnership in a property renovation in Tannersville and so we moved up in early 1971. We were part of a movement of “Freaks” from “The City” invading the Mountaintop.

What inspired you to become a chef?  Tell us about your journey.

I lived with my father in the city, who worked as the plumber for Max’s Kansas City, and he was paid in an endless drink/food tab. I used to hang out there after school, which was a couple of blocks away. I enjoyed bars and restaurants from that age onwards. The camaraderie of the barroom had a certain warmth and a kind of magnetism for me. Later, living upstate, my father became friends with a gay couple who opened an Italian restaurant in Haines Falls called Cibo that was ahead of its time in terms of style and substance. Again, I spent a good deal of time there, both in the kitchen and in the front. In many ways, my home life was unstable. But when I was in a bar or restaurant with my dad, I felt warmth, a kind of optimism and a sense of possibility.

An early and poignant memory I have as an eight-year-old is meticulously setting a large dining table in this once posh house we lived in as caretakers in Onteora Park. I set butter knives, fish forks, salad forks, folded cloth napkins, etc., for an imaginary meal. I was fascinated with the idea of extravagant gourmet meals though I knew nothing about them. 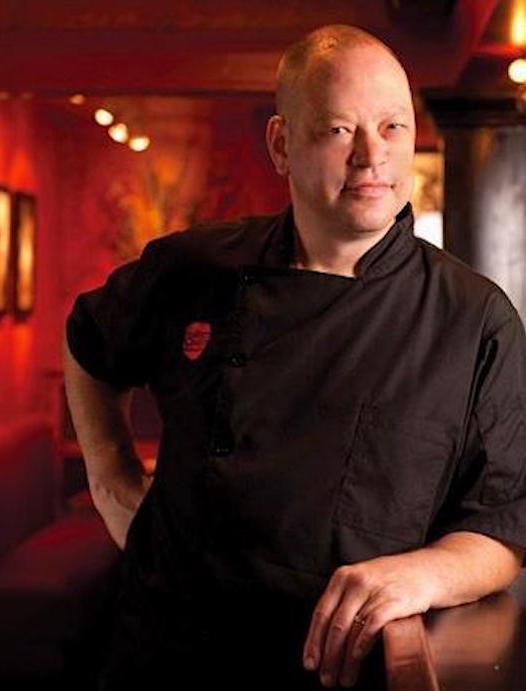 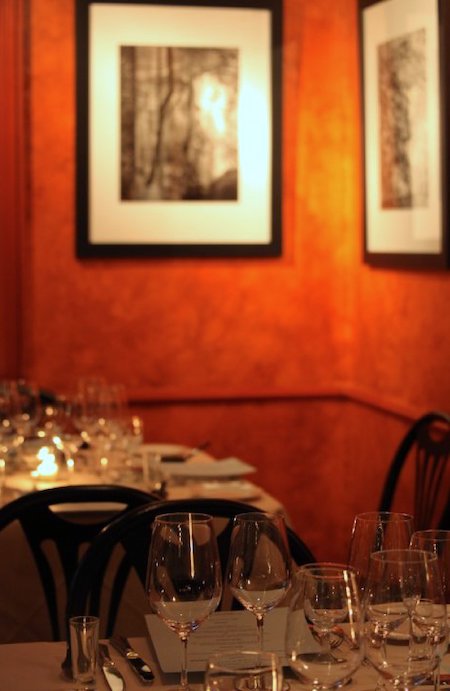 What is the draw of your restaurant? How do you keep things “fresh?”

The Red Onion will turn 20 years old this July 1st. It is a tricky balance for a place like the Red Onion–being a reliable, classic eatery and keeping the menu “fresh.” It is challenging because most locals or repeat customers have favorite dishes that I can’t take off the menu–on penalty of death! Yet, at the same time, an influx of newcomers to the area are unfamiliar with my place and might want to see more variation.

We do change the fish entree regularly, both the type of fish and the plate garnishes. We also rotate different starters on and off the menu based on the season. But the core menu generally remains the same.

As the owner and chef, who or what inspires your menu? How often do you change it?

Inspiration for menu changes can come to me from any manner of places–eating at a friend’s home, a food magazine, something online, eating out, etc. I’m very visual and I’m easily inspired by food photos. Again, we move things around seasonally. However, our customer base looks to a dependable and reliable menu from us. It’s a balancing act. 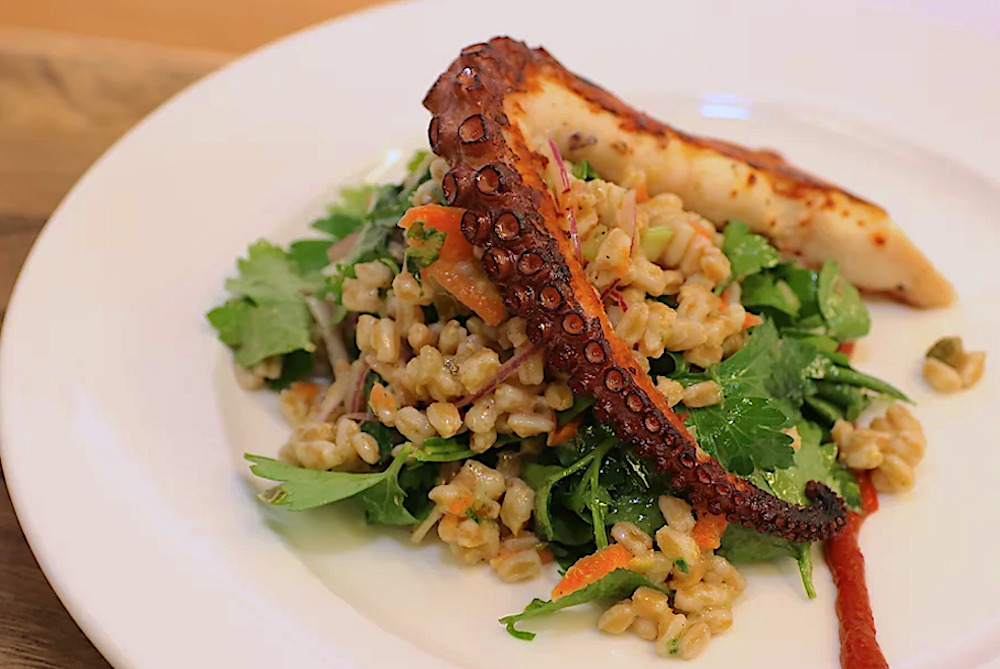 What’s one question you’re constantly asked, or the biggest misconception about your restaurant?

I guess the biggest question I get from people unfamiliar with my restaurant is, “What kind of food do you serve?” It seems like that ought to be an easy answer, but, for whatever reason, it leaves me tongue-tied and babbling about the particulars. I get frustrated and vexed. To answer that, “It’s American food” would be accurate in a way–many European, Asian and Latin-American cuisines have now made their way into our diets and are no longer “exotic.”

However, when I think of American food, I tend to think of some 1970s steakhouse menu- burgers, steaks, chops, etc. But if I say, ”New American,” it feels very pretentious and like some kind of put-on. I’m embarrassed to use phrases like, “New American, American-Bistro, or Contemporary American.” They sound very contrived, and to a non-foodie, I think they reinforce the notion of exclusivity, which is the last thing I want people to feel when describing my restaurant. I guess the answer is, “It’s an American restaurant. Full-stop.”

The other question I never liked is, “What’s your favorite thing to cook on your menu?” 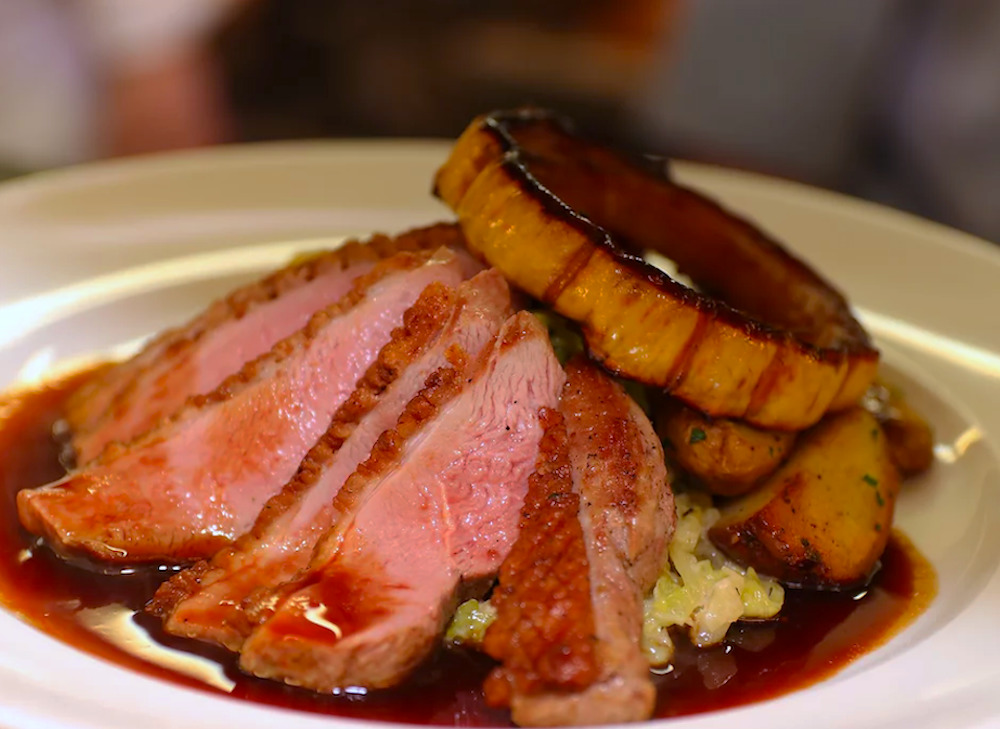 The restaurant industry has seen much change and disruption with Covid. How are you adapting? Is there a silver lining here?

Covid has been both a boon and a curse for us. We were extremely fortunate that we were in a community that experienced a huge influx of affluent New Yorkers fleeing the city. Their presence helped tremendously adding to both dining-in and take-out sales.

How do you inspire your staff? What is your company’s “culture?”

A former employer of mine used to say that he had to, “wave the pom-poms” for the kitchen crew. I get it. People need to feel seen and appreciated. I try to say thank you to ALL the staff from my GM to the newest busser. I try to be generous at Christmas. But most important is having a presence. When your employees see you working and upholding the standards that you demand of them, I believe that eventually garners their respect.

What do you love most about living + working in the Hudson Valley?

I love autumn in the HV. I always have- the clarity of the air, the colors etc. It’s been a pleasant surprise to see the millennial generation rediscovering the Catskills and seeing them have such an adoration for the place.

I remember Tannersville in the 1970s when the Boomers were in their 20’s. It was kind of grim- it was all about serious boozing and the singles scene. There used to be beer bottles all over the place- piled behind parking balusters or just rolling around on the street. Still, there are issues with “citiots” leaving mounds of garbage at swimming holes and at gorgeous vistas.

But I still believe this generation has more veneration for the Catskills than the previous two generations. It makes me happy to feel like I’m in a place that people aspire to be.

What impact does your business have on your community?

I strive to have a business that is super reliable as a place to relax and eat and drink. I think restaurants are major attractors to people choosing to move here full-time. 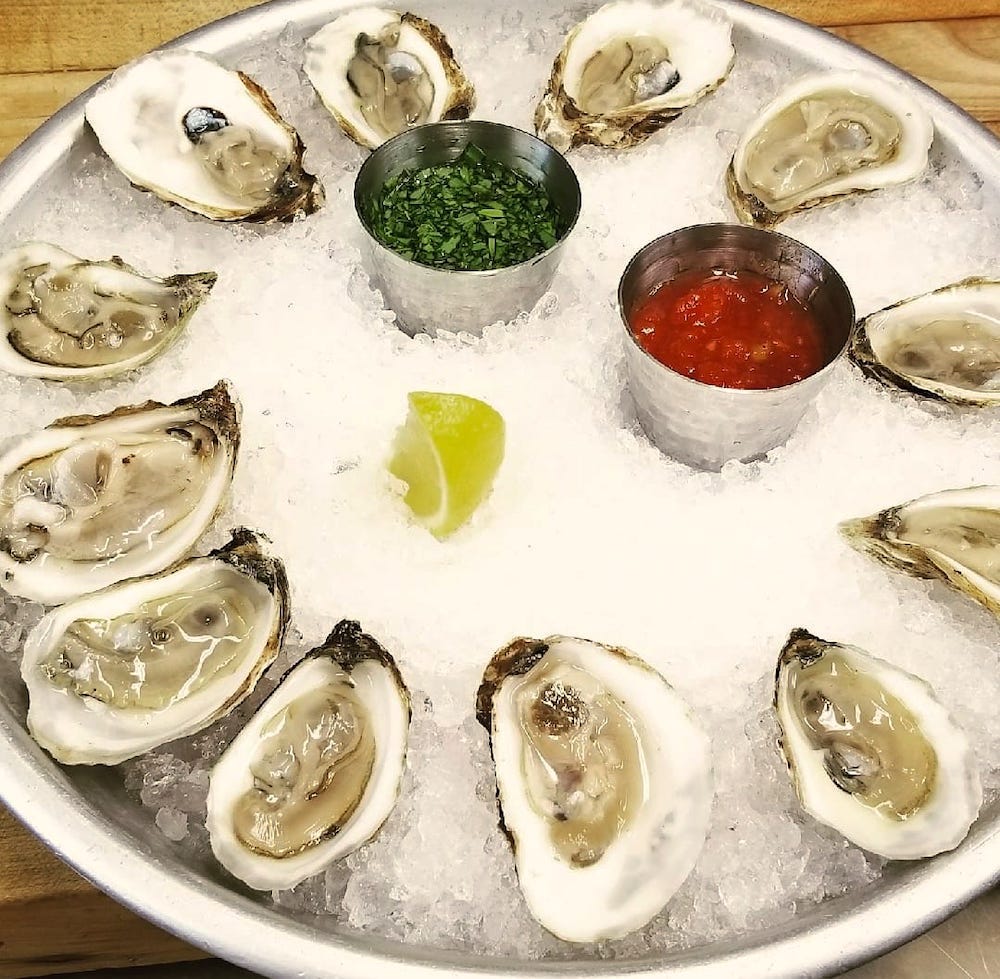 I buy what I can locally- not that I’m so into “local” per se, it’s just easier to get a vendor to respond to your need or concern when they manage or own the business nearby. Of course, we use the abundant summer and fall produce, locally foraged mushrooms, fiddleheads, and ramps when these items are available.

What’s missing in the area that you wish we had?

It’s really unfortunate that locally there’s nothing to eat after 9:00 pm on most nights. I’m not even sure that Walmart near me is 24 hours anymore – talk about desperate! 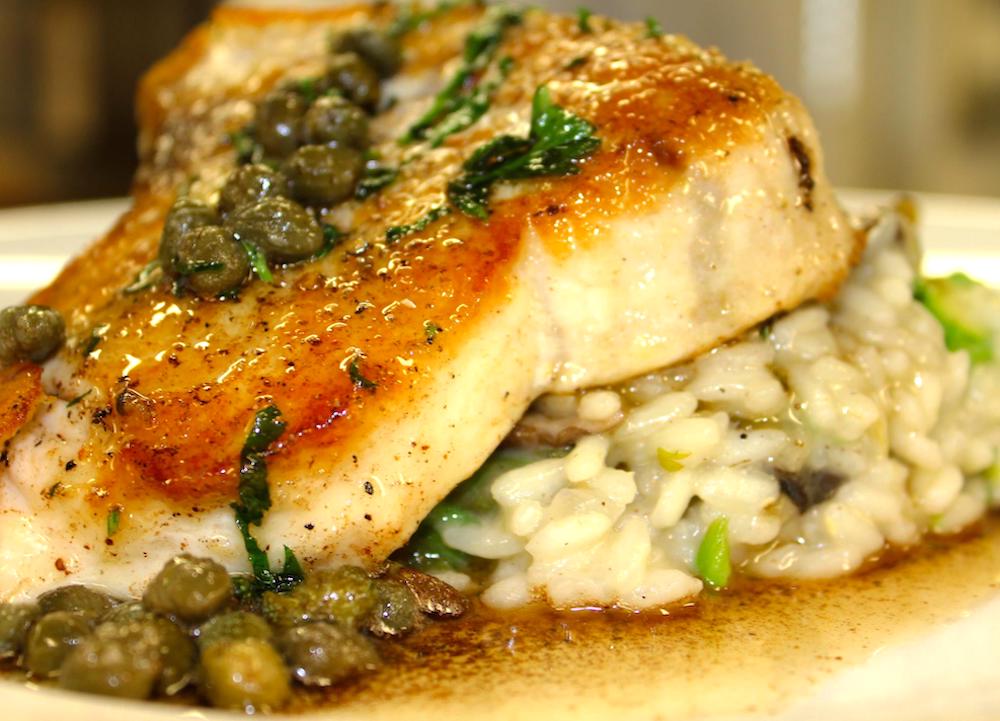 What is your favorite thing to eat/cook when you’re home alone or with your family?

I guess my favorite thing to cook at home is a big steak, in the summer, outside on the grill; very large russet potatoes, local corn on the cob. And, cooked greens, like escarole or broccoli rabe, or just a big green salad with really good olive oil and some well-aged sherry vinegar. I like to cook those big potatoes slowly to develop a seriously thick, hardshell with a nice fluffy interior. I like a lot of butter on my potatoes and on my corn. We eat at like 8:30 PM when it’s just getting dark, the music is playing and everyone is digging in! I fucking love it!

Tell us something about yourself people might be surprised to learn?

I’m a college dropout. I went to McGill University in Montreal and studied beer and partying “er,” I mean economics. 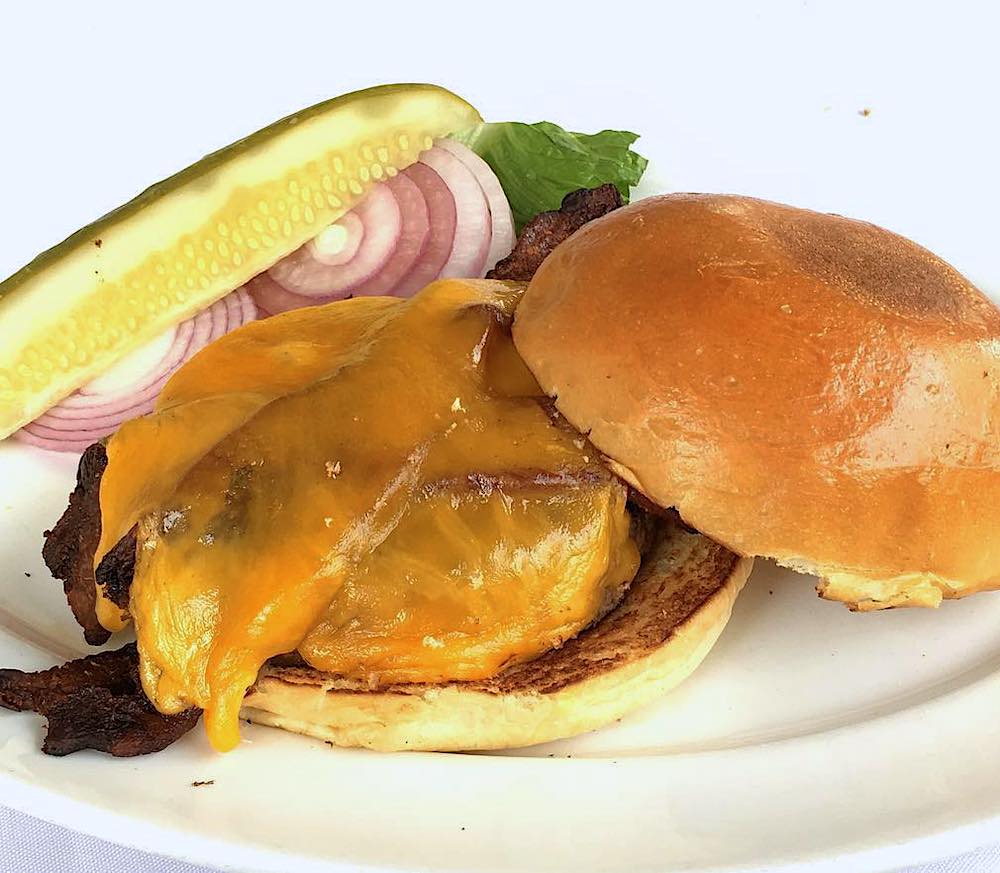 Name three things you always have in your fridge/pantry.

What was the best dish or meal you’ve ever had and who made it?

I’ve had some amazing restaurant meals over the years. I was dragged out on an overnight canoe trip by a now-deceased friend many years back. For breakfast, he made his specialty- basted eggs. We pan-fried bacon over a campfire and then cooked the eggs in all the rendered bacon fat. I remember having a flavor epiphany eating that food- it was as if the world of flavor had been a tad blurry all of my life, and someone suddenly gave me glasses. I experienced a clarity and intensity of flavor and eating satisfaction that I will never forget.

Could you share a recipe for one of your favorite drinks?

I lived and worked as a restaurant line cook in San Francisco in the early Nineties. My sommelier friend, Peter Birmingham, and I used to get up on Sunday morning (hungover as can be), put on some nice clothes, and go out for brunch. Stars, Bistro Roti and Harry Denton’s were our “brunch” mainstays. I put brunch in quotes because we weren’t there to eat.

One time at Harry Denton’s, I asked for a Sidecar from the obliging, white-jacketed bartender. This super cool book had just been published by Chronicle Books, The Art of the Cocktail, that featured a beautifully styled and photographed cocktail on one page and its recipe on the facing page. They squeezed fresh OJ to order there, and he had to retrieve an orange from the back. He pressed what I recognized immediately to be a blood orange which vexed him but excited me! A Sidecar varyingly calls for lemon or citrus juice.

Read all of Inside+Out’s MEET THE CHEF SERIES 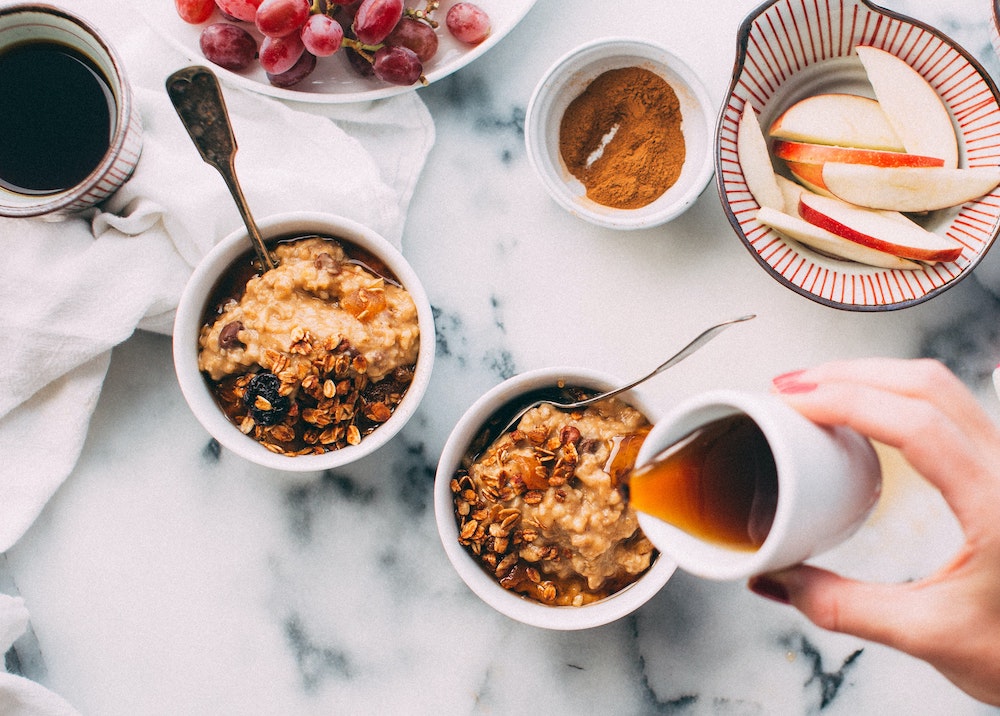 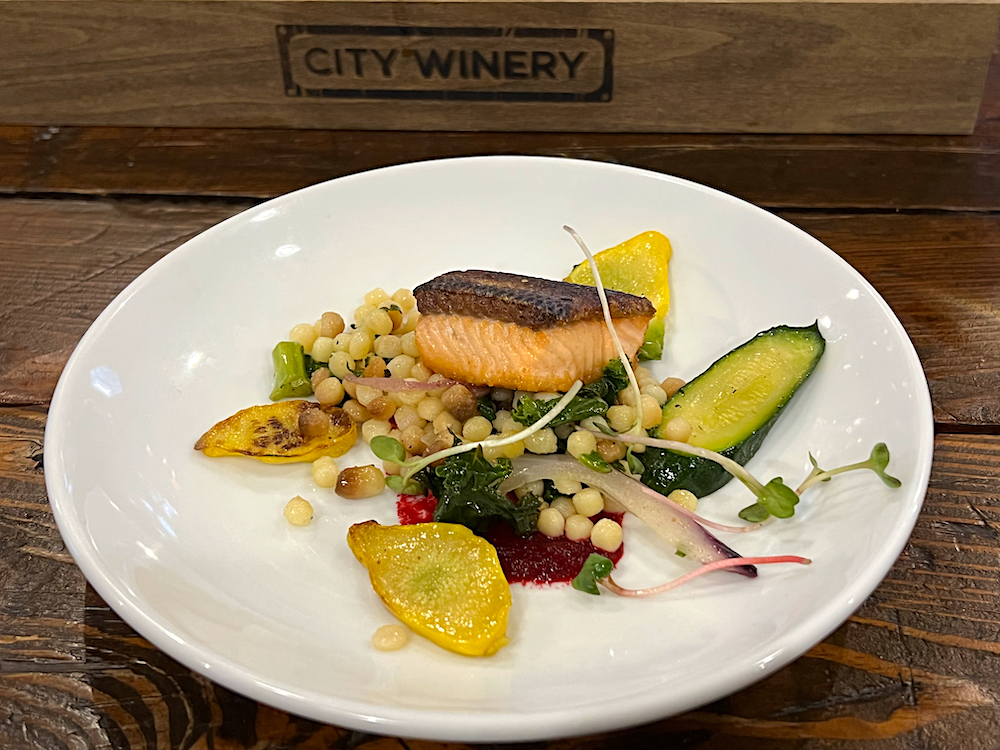 Behind the Lens📸 Inside+Out connects with phot