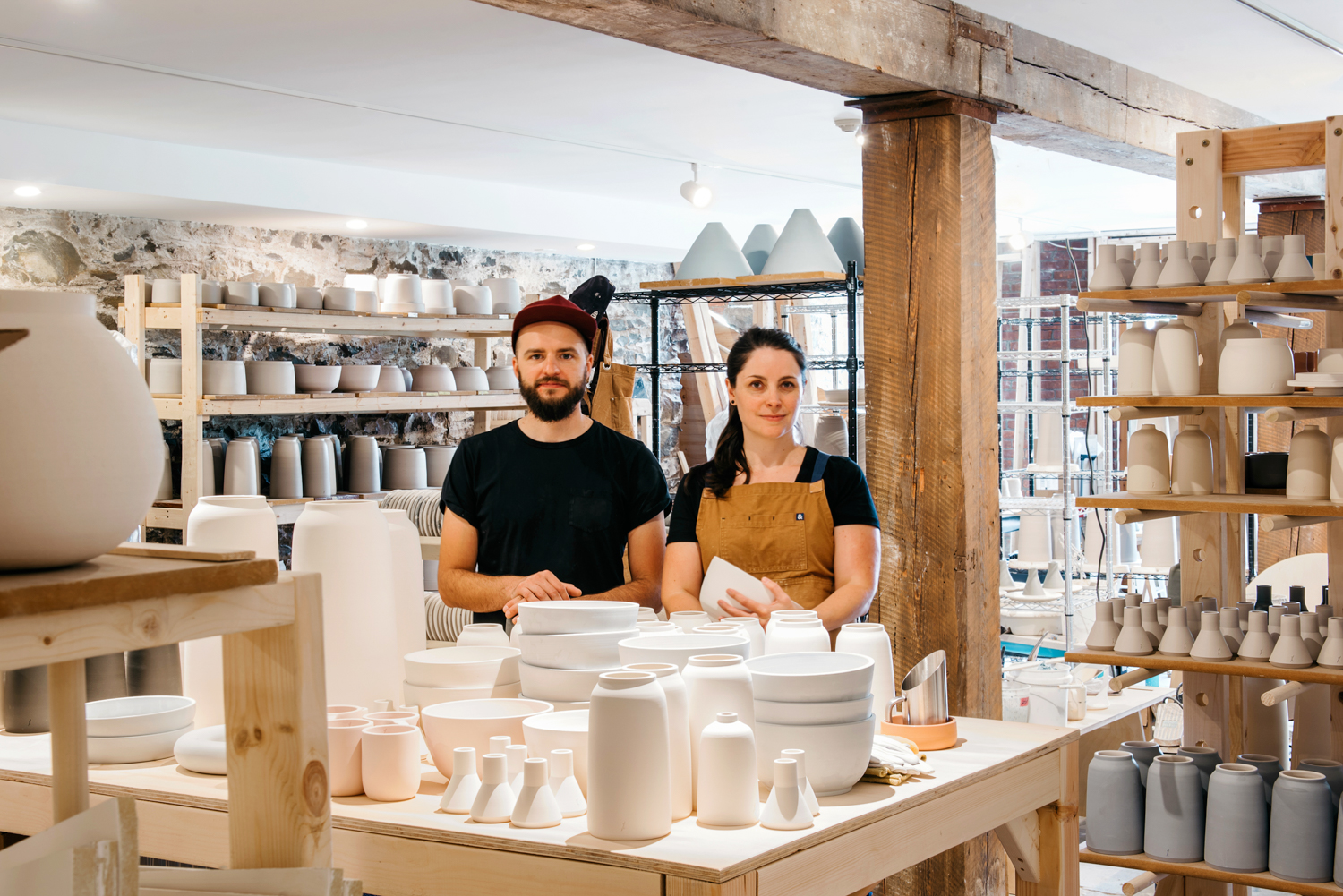 Kingston NY, We ARE Upstate NY

Modern Elegance Worth Waiting For

Born out of a desire to slow things down, L’impatience creates stunning pieces that celebrate simple moments with elegance and modesty.  For husband and wife ceramicist team Jerome and Benedicte Leclere, the slow living in the Hudson Valley has served as an inspiration for their natural style and a catalyst for collaboration with local businesses. 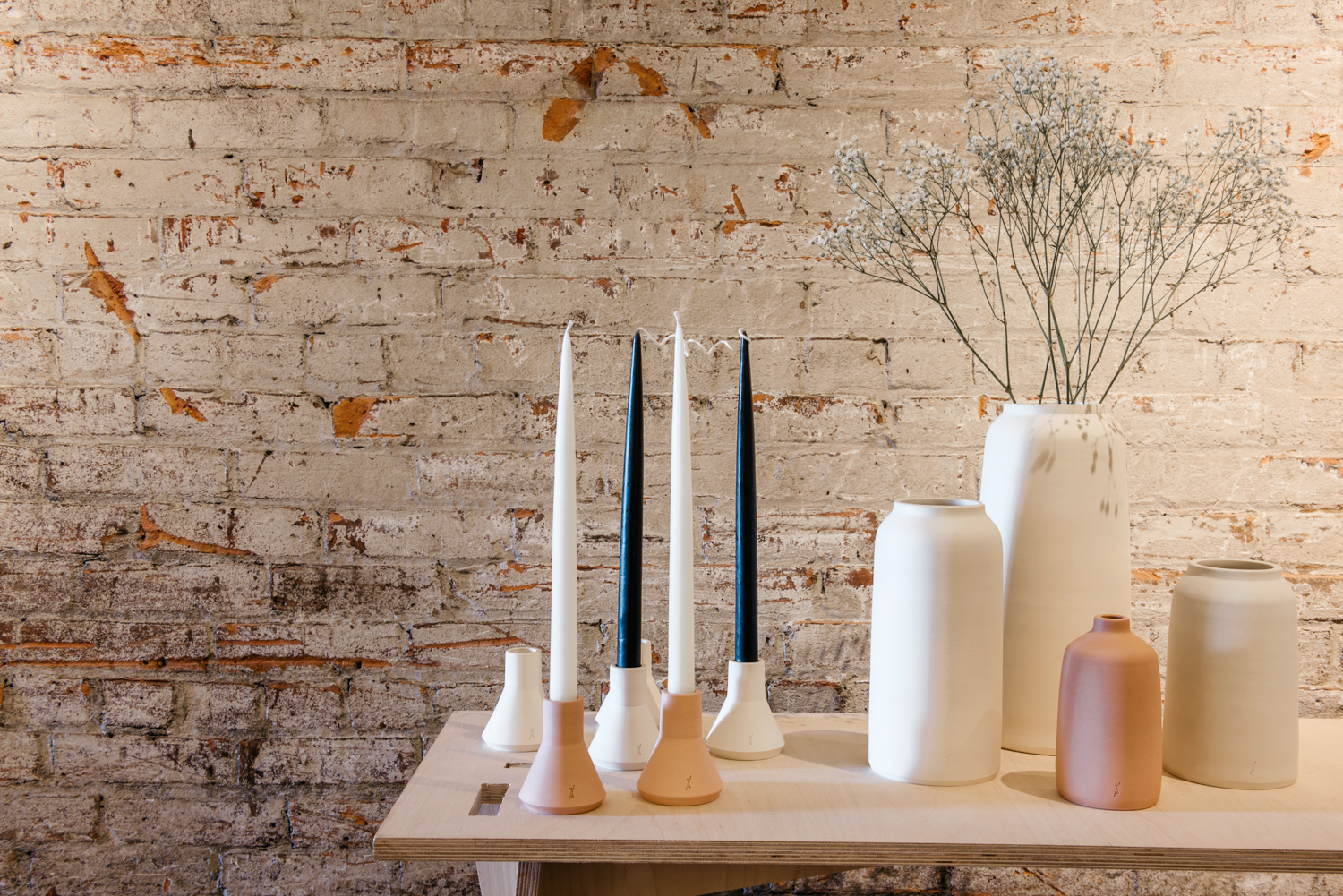 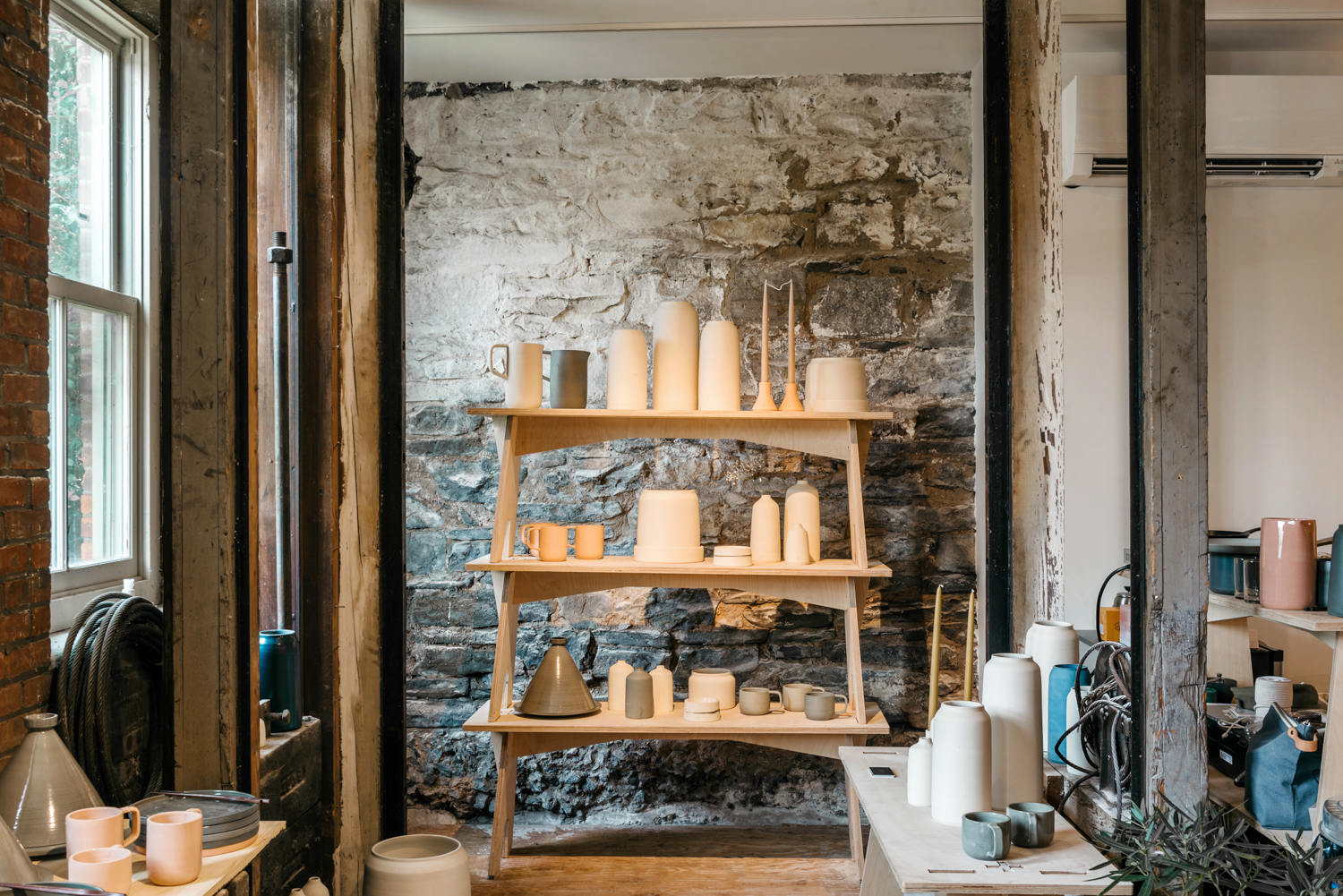 The name of the company, L’impatience, reflects the volatile nature of working with ceramics: the constant struggle, waiting, drawbacks, and perseverance needed to develop a product and a company that will last. When first building their business, the couple would create pieces in their tiny studio in Brooklyn, then take risky Uber rides to a studio where they would wait 2-3 weeks for them to fire, only they’d learn that it didn’t work out the way they’d intended.  After another night of working on the wheel and then breaking something because she didn’t wait long enough for it to dry, Benedicte came up with the perfect word to describe her feelings for this process – L’impatience. 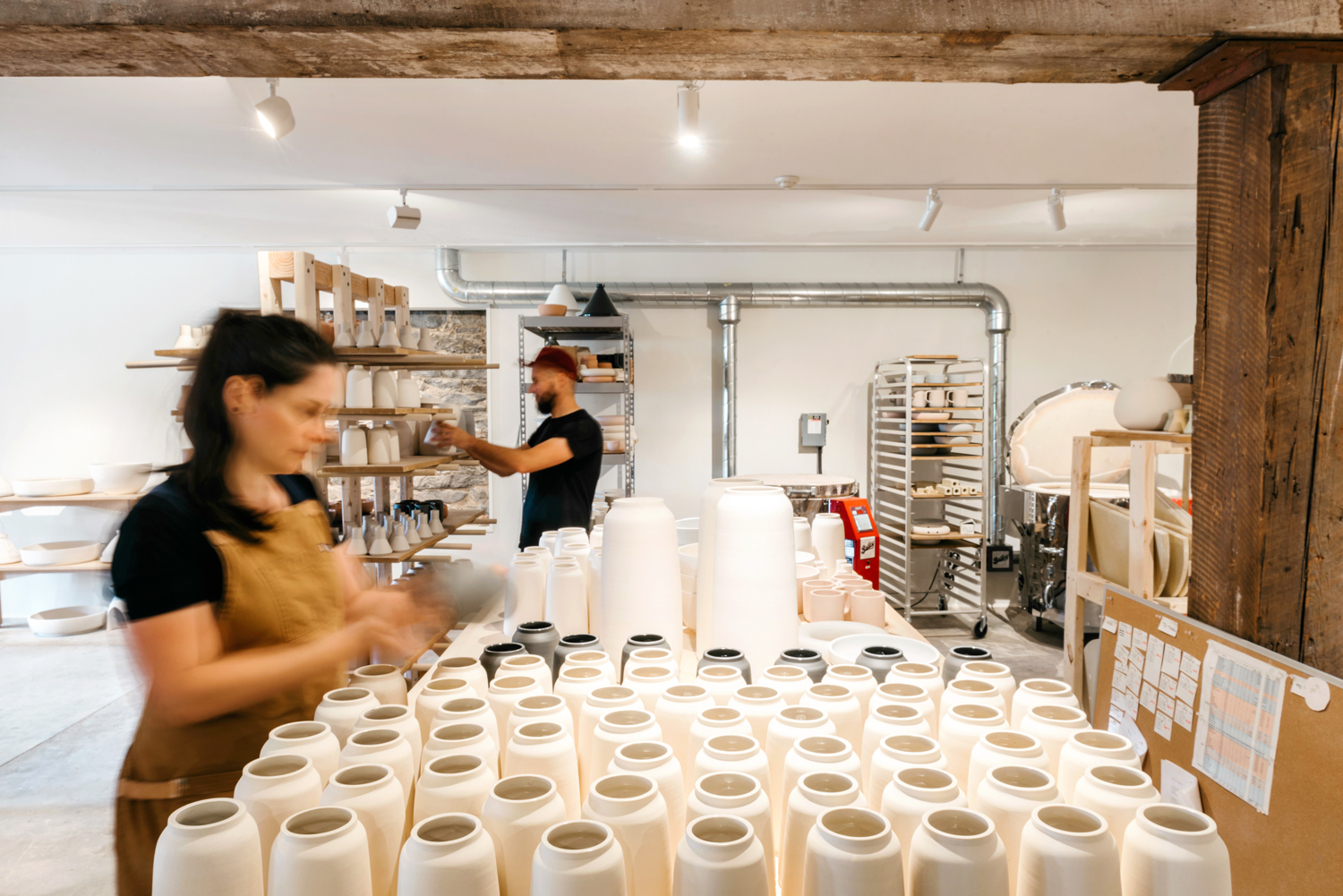 The pieces created by L’impatience are simple, beautiful, elegant, and timeless – taking inspiration from Japanese and Scandinavian styles.  Intentionally not trendy, the couple seeks to create something timeless, emblematic of culture and society.  “Pottery is something that lasts forever,” says Benedicte. “It can be dug up and discovered in thousands of years.”   Rather than using glaze to infuse projects with color, they mix ceramic stains directly into the clay. This gives their pieces a distinct feel, somewhere between the shiny smooth of glaze and the matte look of the texture of the clay, and offers a sense of unity as each piece is designed to work with one another and with other collections. 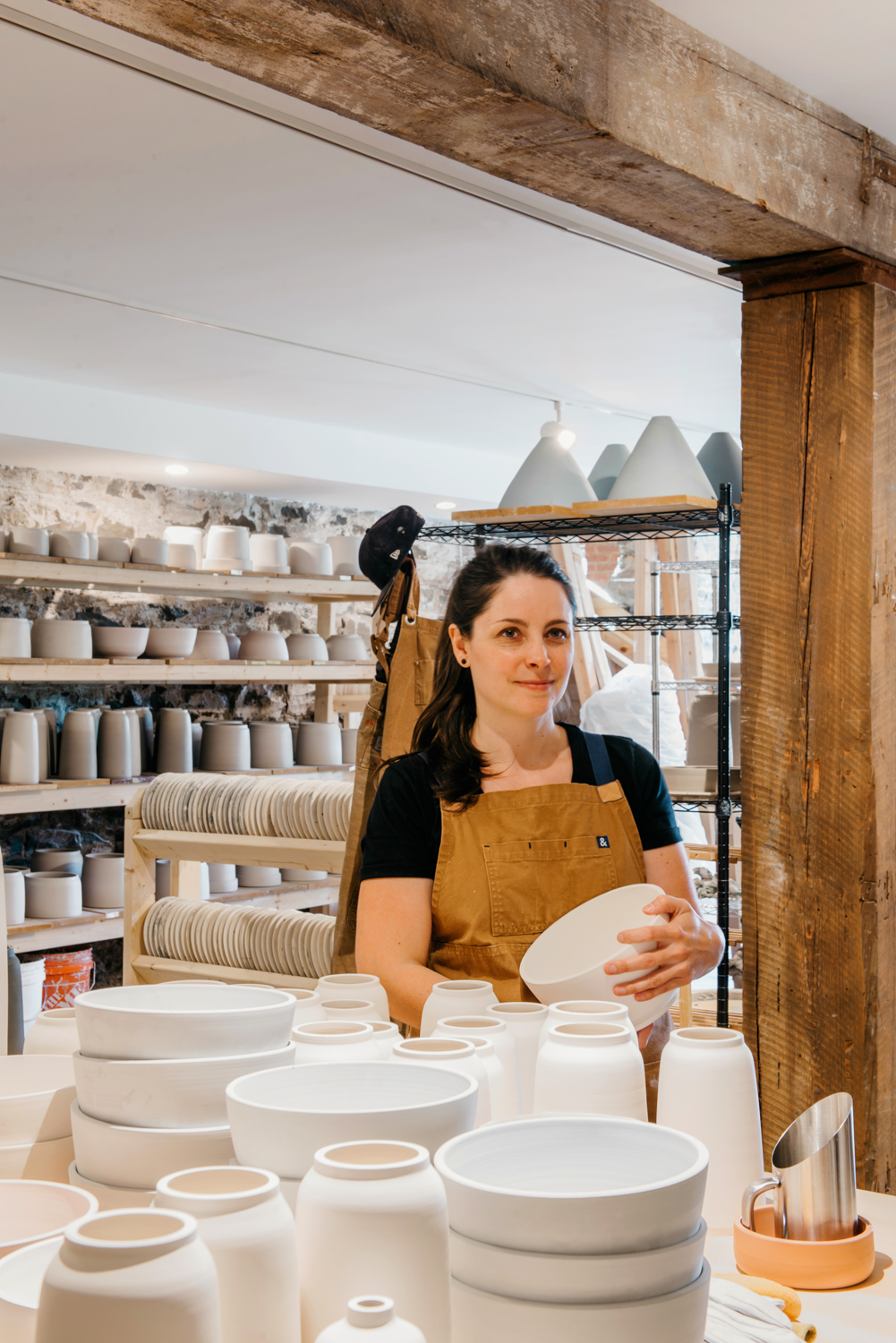 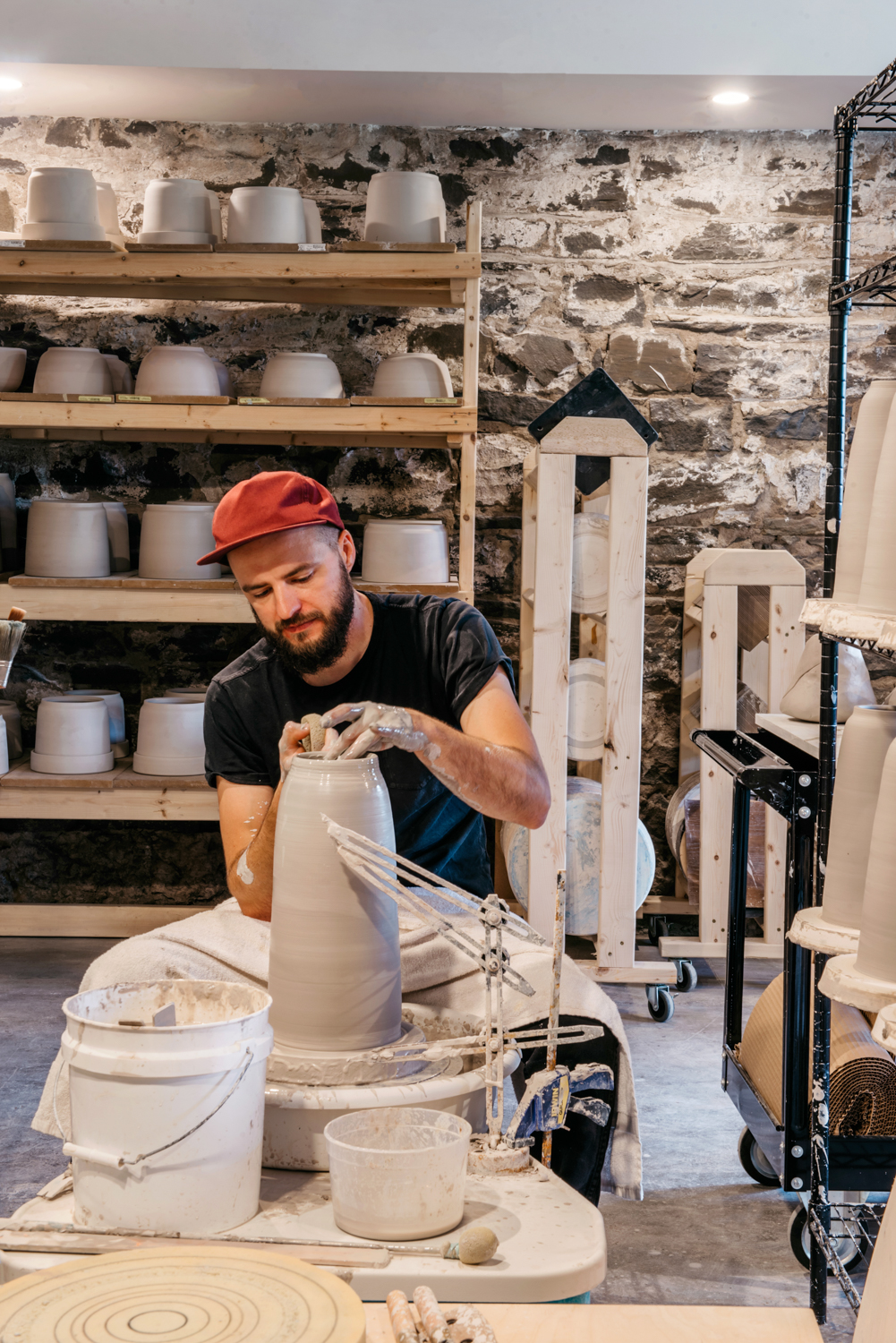 The French natives emigrated to Vancouver in 2008 and immersed themselves in the fast-paced world of advertising – she as a producer, he as an art director. After a few successful years there, they moved to Toronto and then on to New York City. Eventually, the work-life balance, stress of agency life, and the hustle and bustle sent them seeking solace in other creative pursuits, both inside+out of the city. They found ceramics when Jerome gave Benedicte a gift of a pottery class. “It was life-changing,” she says. “I felt completely immersed and calm and in my element.” Jerome and some friends got together to buy her a wheel for her birthday, and they soon created a studio in their tiny Brooklyn apartment.  Jerome admits that he found the process more stressful than calming at first, but soon they were fighting over who got to use the wheel, and perfecting their technique and style. 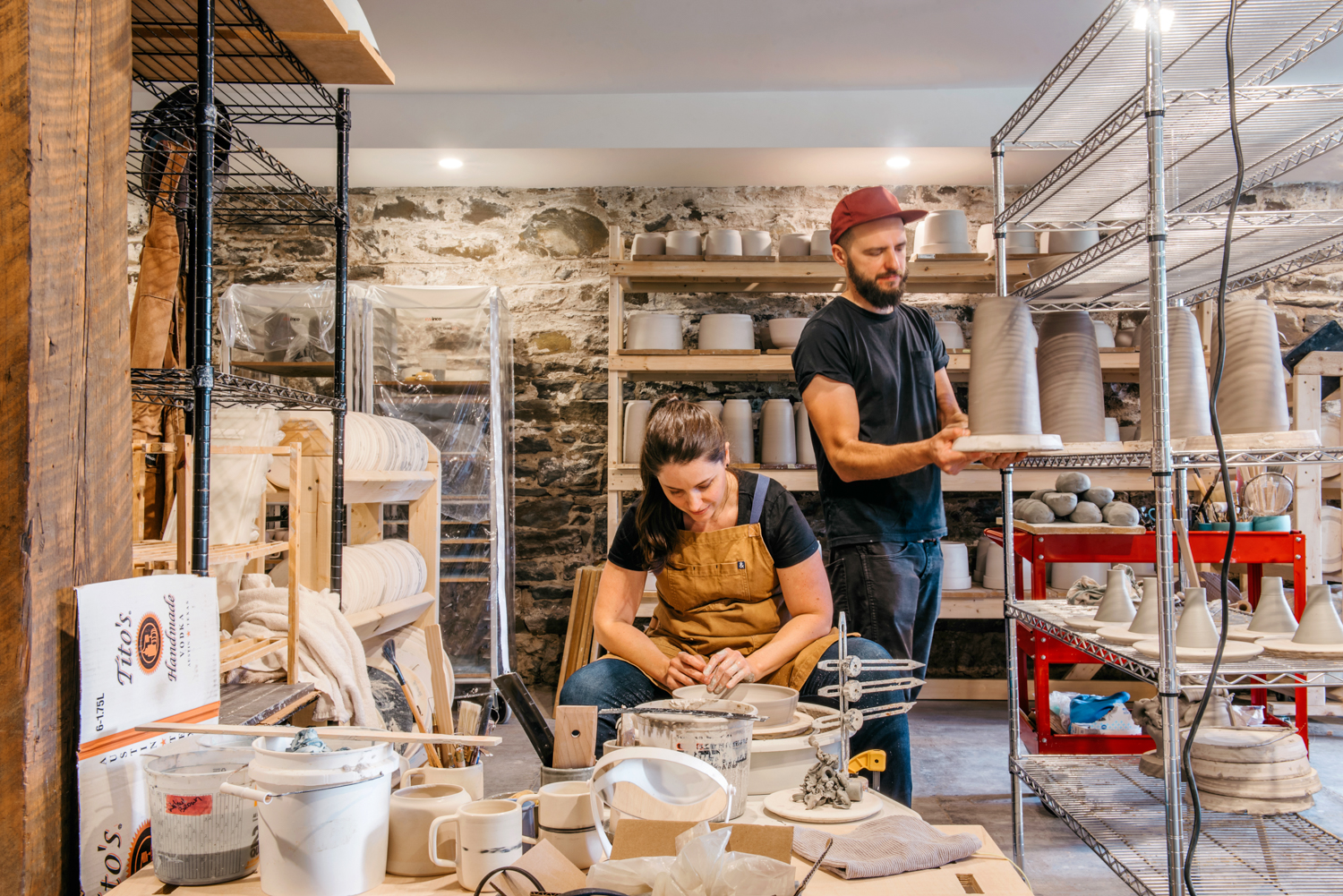 They were also escaping on weekends to the Hudson Valley, and like many before them, succumbed to the lure of the region’s natural beauty and decided on a permanent move upstate intending to work as freelancers. The leap to becoming full-time ceramicists was not intentional and is the result of the collaborative nature of the Hudson Valley. They established a studio in their home in Saugerties and began to grow their business through local connections. Benedicte likens it to a domino effect, “Everyone here is excited to build a community and bring life and art together. It doesn’t feel like there is competition. When forming connections in Brooklyn it felt like we were being asked ‘What can you bring me? Are you worth my time?’ Everyone is just more chill upstate.” 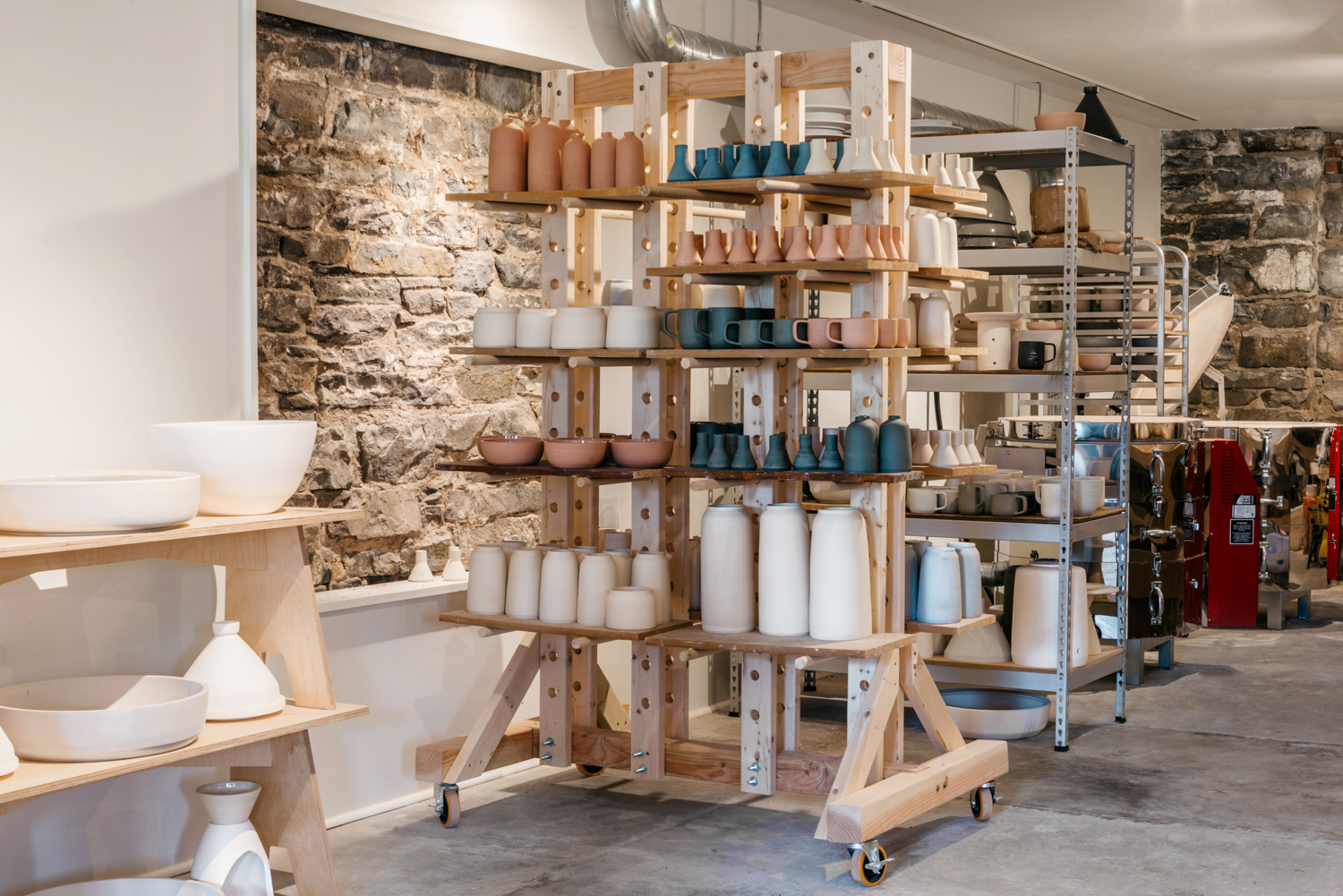 L’impatience grew slowly at first, as they visited local shops, formed personal connections, and eventually abandoned their freelance jobs to focus on ceramics full time. They had a small online presence and eventually joined Faire, an online marketplace for makers and small shops.  They turned their focus to local collaborations – creating custom tagine dishes and deep plates for the Maker Hotel with Executive Chef Michael Poiarkof and developing a custom vase color for Sunnys Pop in nearby Narrowsburg. They have also collaborated with Black Dot in Stone Ridge, Flowerkraut in Hudson, Hops Petunia in Kingston, and Flora Good Times in Beacon, among many others. 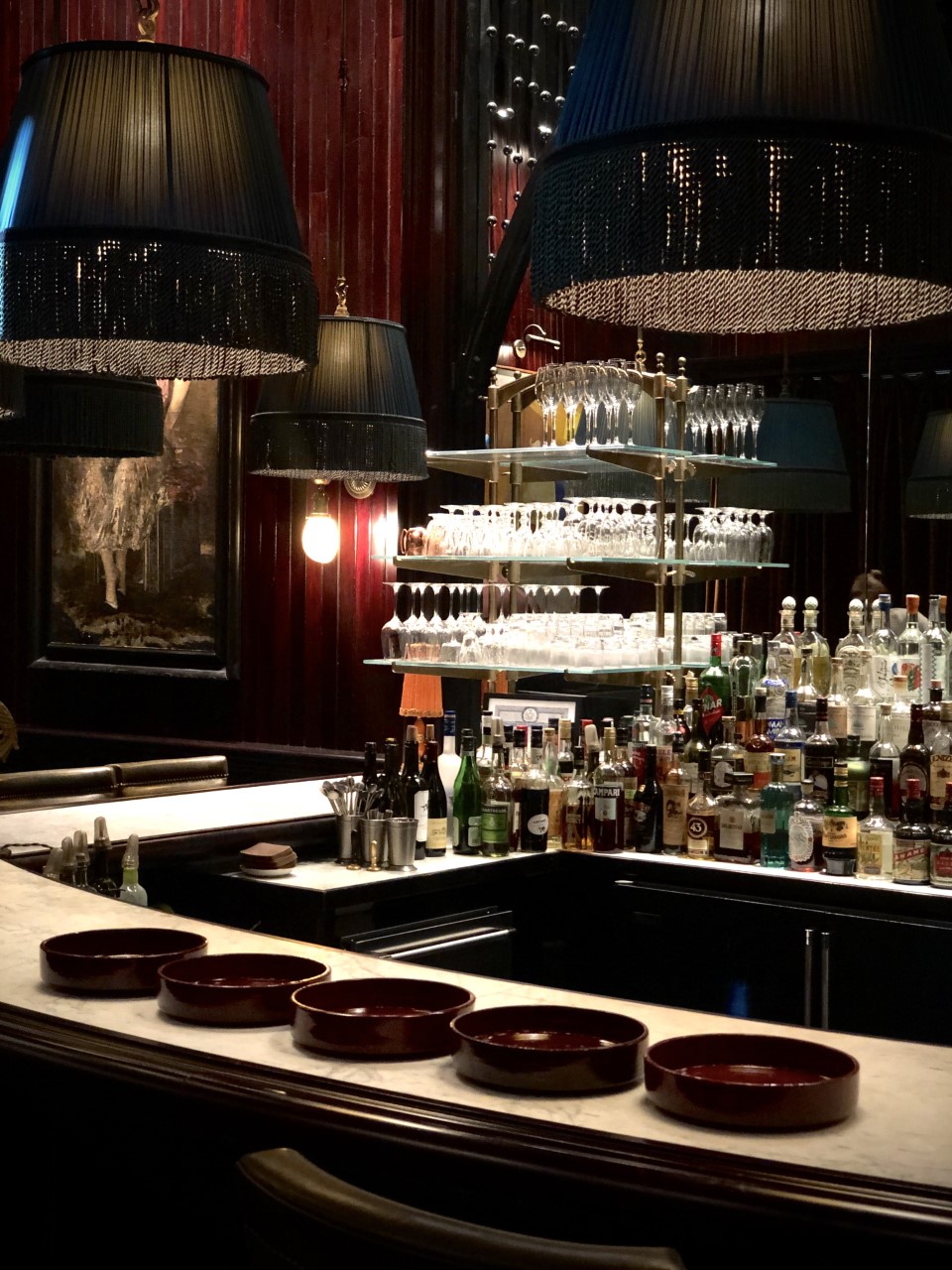 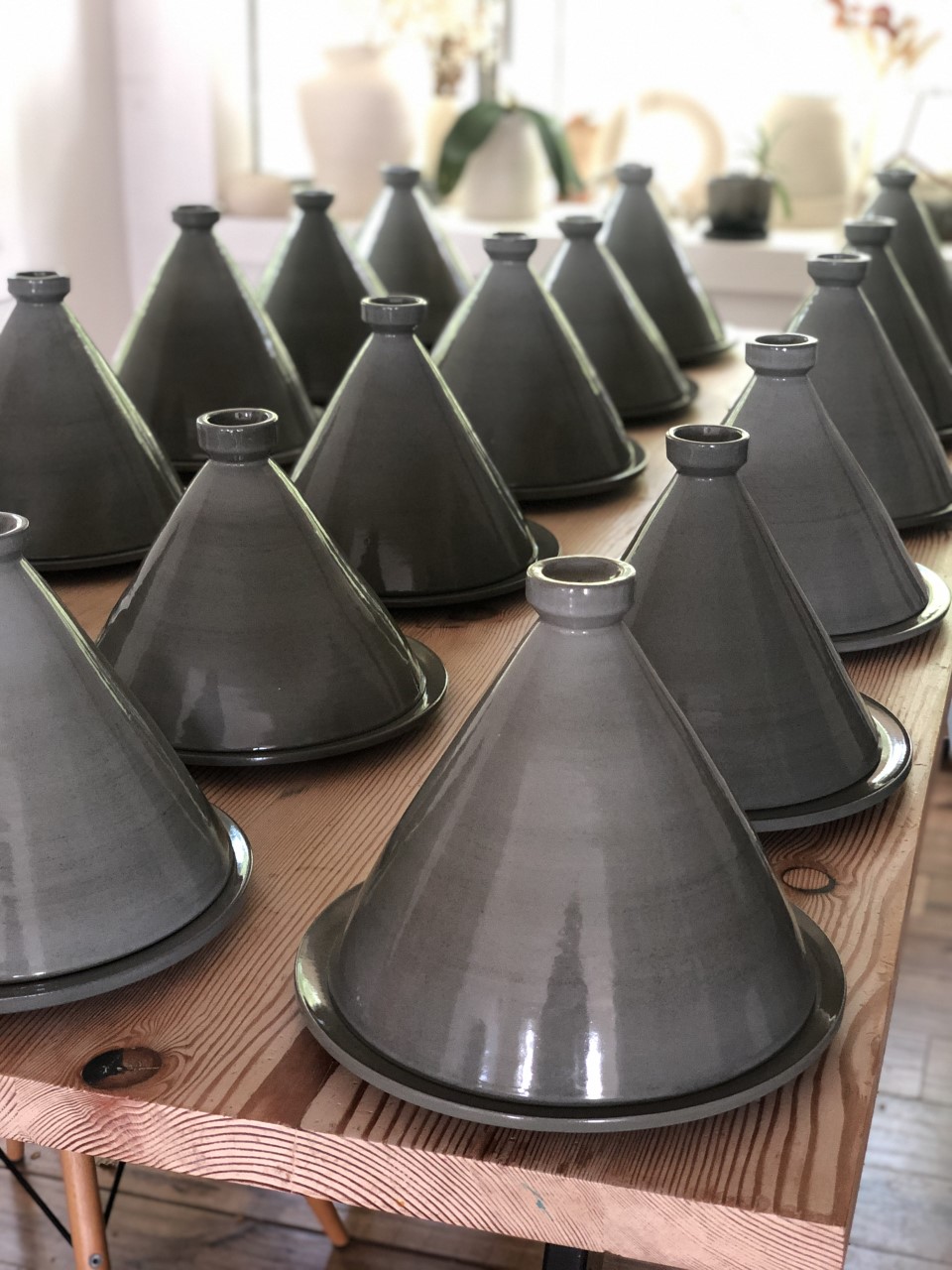 Their biggest venture yet is their new studio, which opened just two months ago on Broadway in Kingston.  Attracted by the city’s artist-driven small businesses, makers, new restaurants, bars, and vibrant community – along with running out of space in their home studio in Saugerties – the couple worked with Kingston-based architect Scott Dutton of Dutton Architecture to develop a stunning workspace in an old brick factory building.  Their goal is not a retail space but rather an open studio where the community can come and see how they work. And this business born out of a desire to slow things down is growing quickly.  After a lull during the pandemic, L’impatience is so in demand that they’re pushing orders to 2023 and looking to hire staff to help with both the direct and wholesale business, as well as a planned expansion to Europe. Says Jerome, “There has been so much change already, we’re just going with the flow because the flow is going faster than we are.” 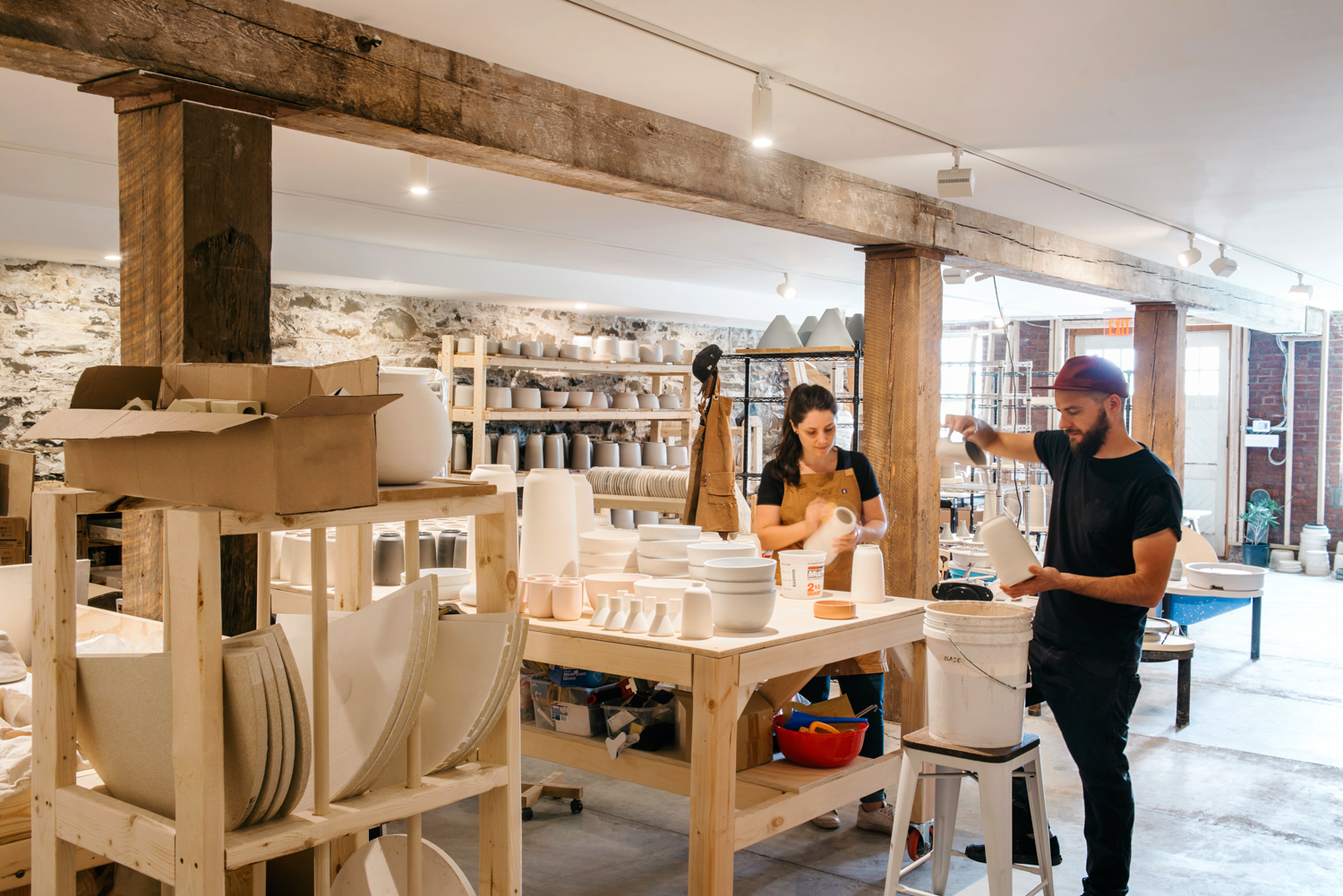 All photos by Harrison Lubin unless otherwise noted. 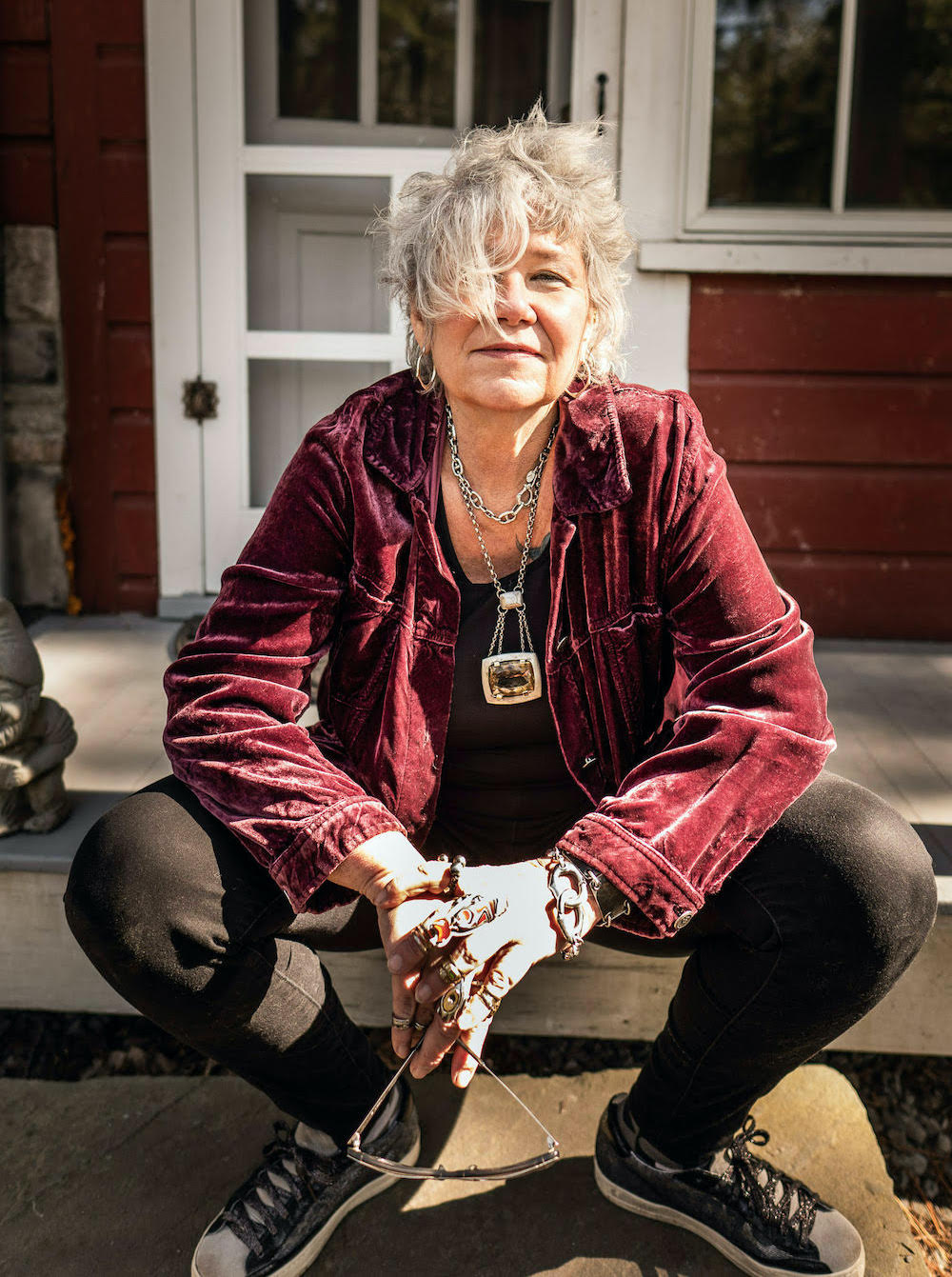 Upstate NY Metalsmith Barbara Klar on the Zen of Creation 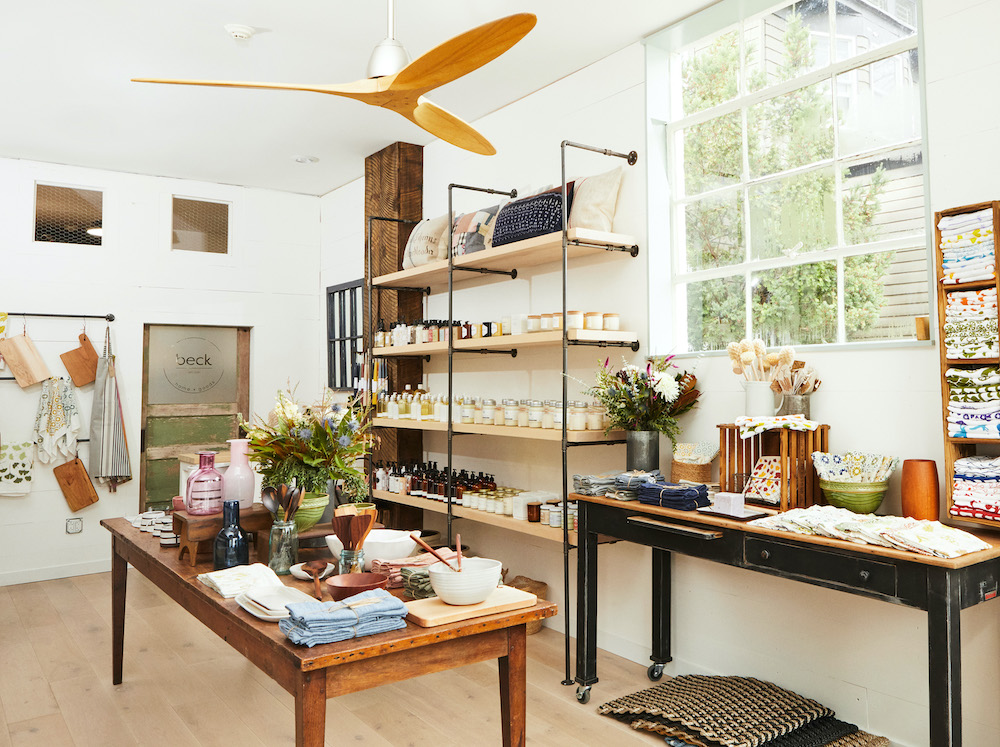 We Are Upstate New York with Beck Home + Goods 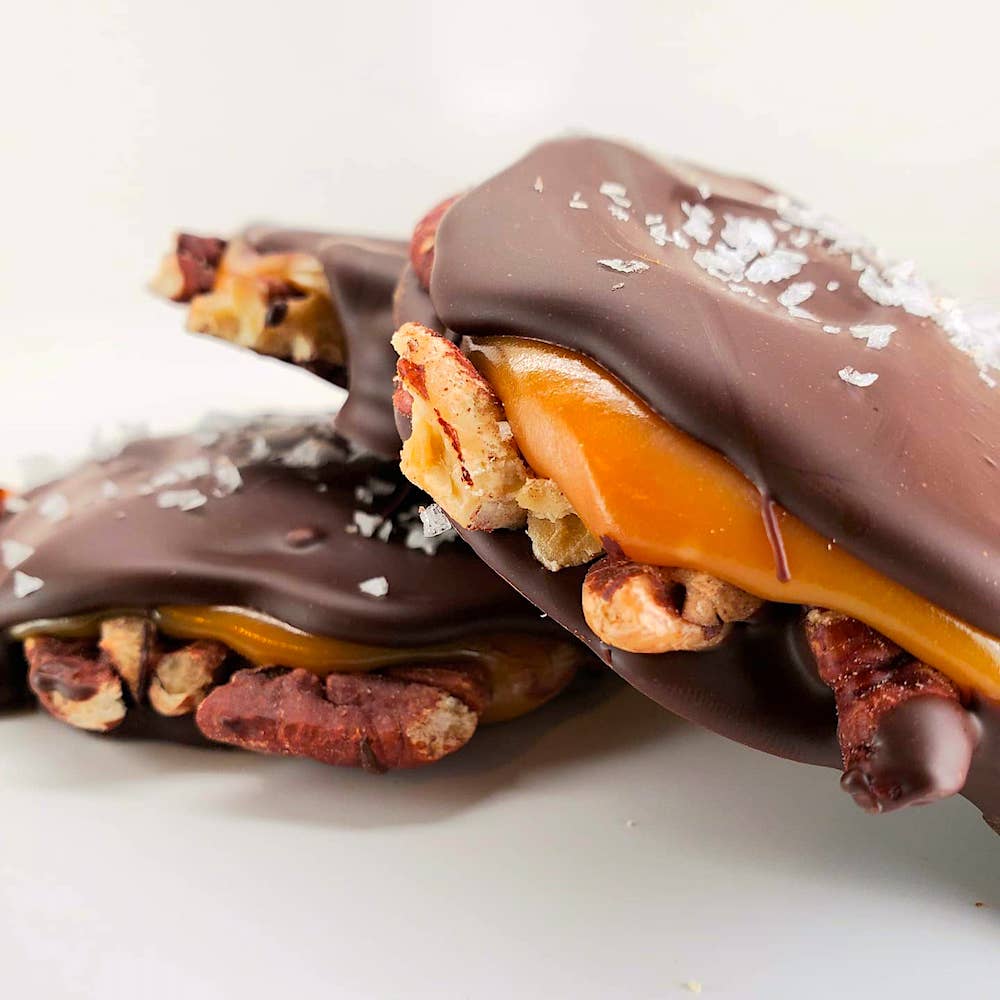 Falling in Love With the Art of Fine Chocolate