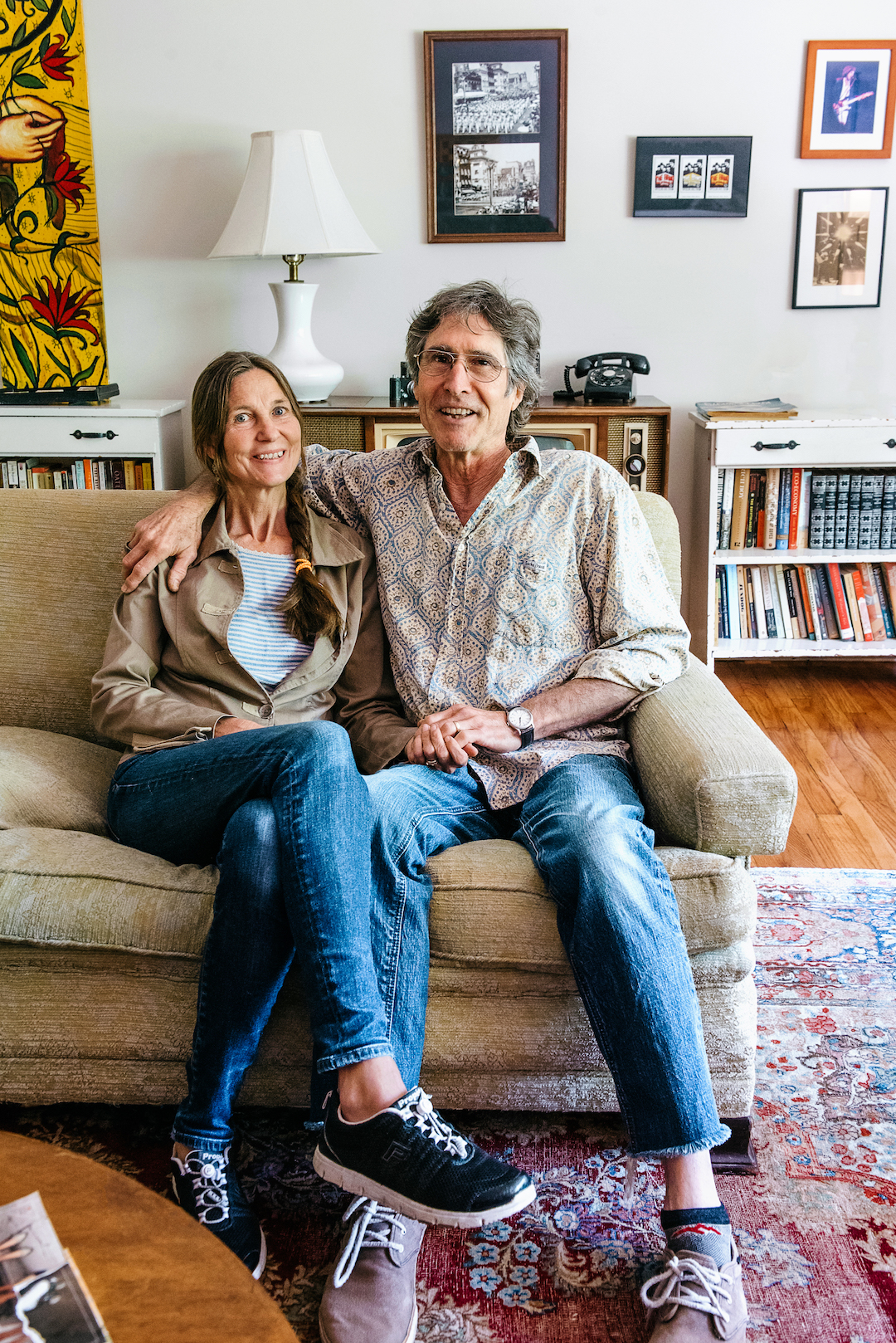 Saugerties NY, We ARE Upstate NY

The Myth and The Muse of Big Pink

Nestled in the hills of Saugerties sits the house where Bob Dylan and The Band recorded their famous Basement Tapes and where The Band wrote their album Music from Big Pink.  The house is now owned by Don and Sue Lasala as one of the world’s most famous short-term rentals, where musicians and artists can exercise their creative muscles and bask in the magic that makes this house an iconic and unforgettable piece of musical history. 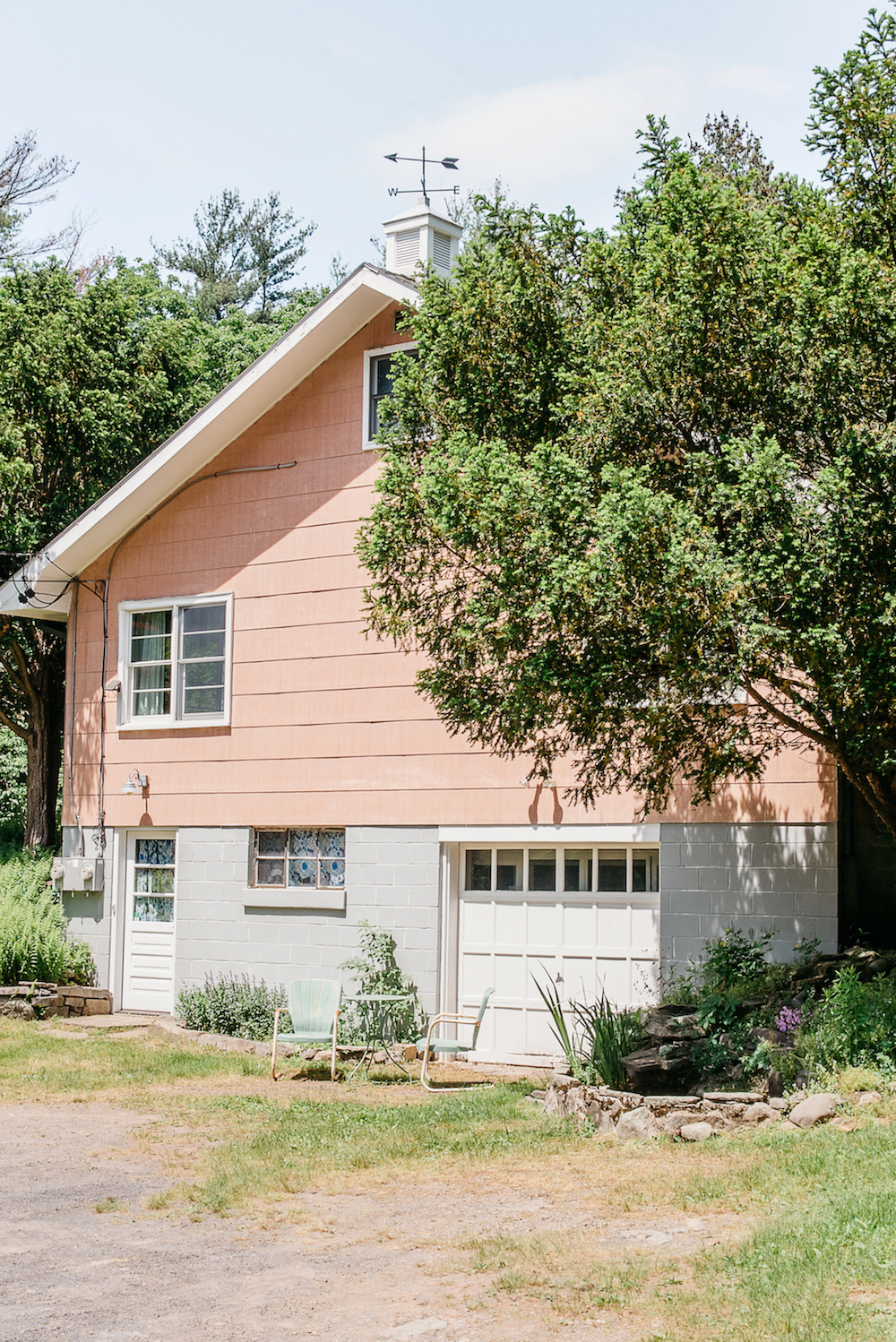 For the LaSalas, owning Big Pink and maintaining it as a rental is much more a labor of love than a business venture. Don is deeply aware that the house acts as a muse to so many, appreciating visitor’s stories and he’s always curious about the particular reasons folks make their pilgrimages from afar. If they’re around and have the time, Don and Sue often take time to greet visitors and ask what brings them there. You get the sense that the LaSalas ended up owning Big Pink for the sole purpose of sharing it with others.

There’s magic in the way they came to own Big Pink. As a musician himself, Don always loved the music and nature that the Hudson Valley and the Catskills provided. Don reflects, “a friend of mine called me up one day in late 1997.  He’d seen a listing in The Woodstock Times for ‘a famous rock and roll house for sale by owner.’ We thought, let’s call him and tell him we want to see it and get a tour of the place”, he says.  “In those days, many thought Bob was done, which is strange to think about now, and The Band just wasn’t as widely celebrated. ‘Americana’ hadn’t yet really taken off as a genre.” As fate would have it, Don wound up hitting it off with the owner, and each time the owner would find a potential buyer, the deal would fall through and he would call Don to ask if he was still interested. After six months, in April 1998, Don and Sue became the new owners of the property. 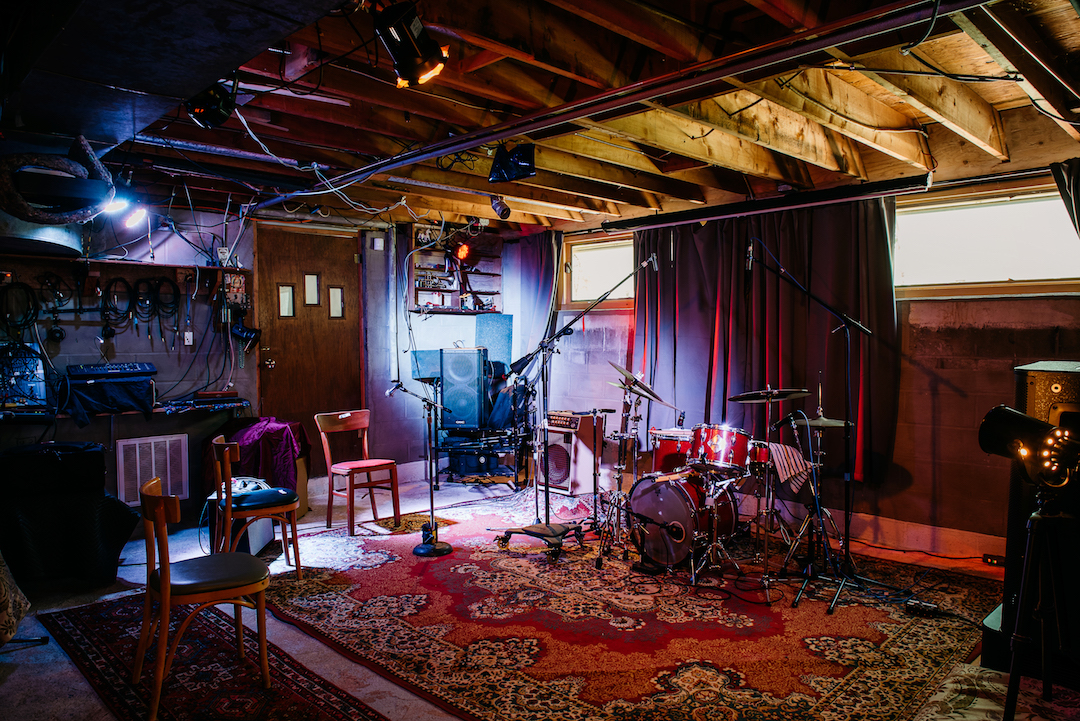 After the purchase, Don LaSala found himself under public scrutiny as to what their plans were. “People were saying, ‘Oh, you’re going to make it into a Dylan Disneyland’”, he recalls. But that was never his intention; Initially, Big Pink was a place for Don and Sue to get away to, mostly on weekends, as they were still working downstate in Westchester.  They had inherited a renter in the Dormer and let him stay on to keep an eye on the place. But Don wanted to return the Basement to its earlier, more famous use as a live music and recording space. So he started rehearsing with his musical compatriots and hosting Big Pink Socials: under-the-radar sessions with local musicians and an audience of friends that Don would record.

Before the Internet changed things, Big Pink was hard to find during the earlier years of ownership, and there was less of a constant stream of visitors. After the release of the Complete Basement Tapes, remastered in 2014, things changed. The Internet’s reach and notoriety were affecting their ability to kick back and just relax there. 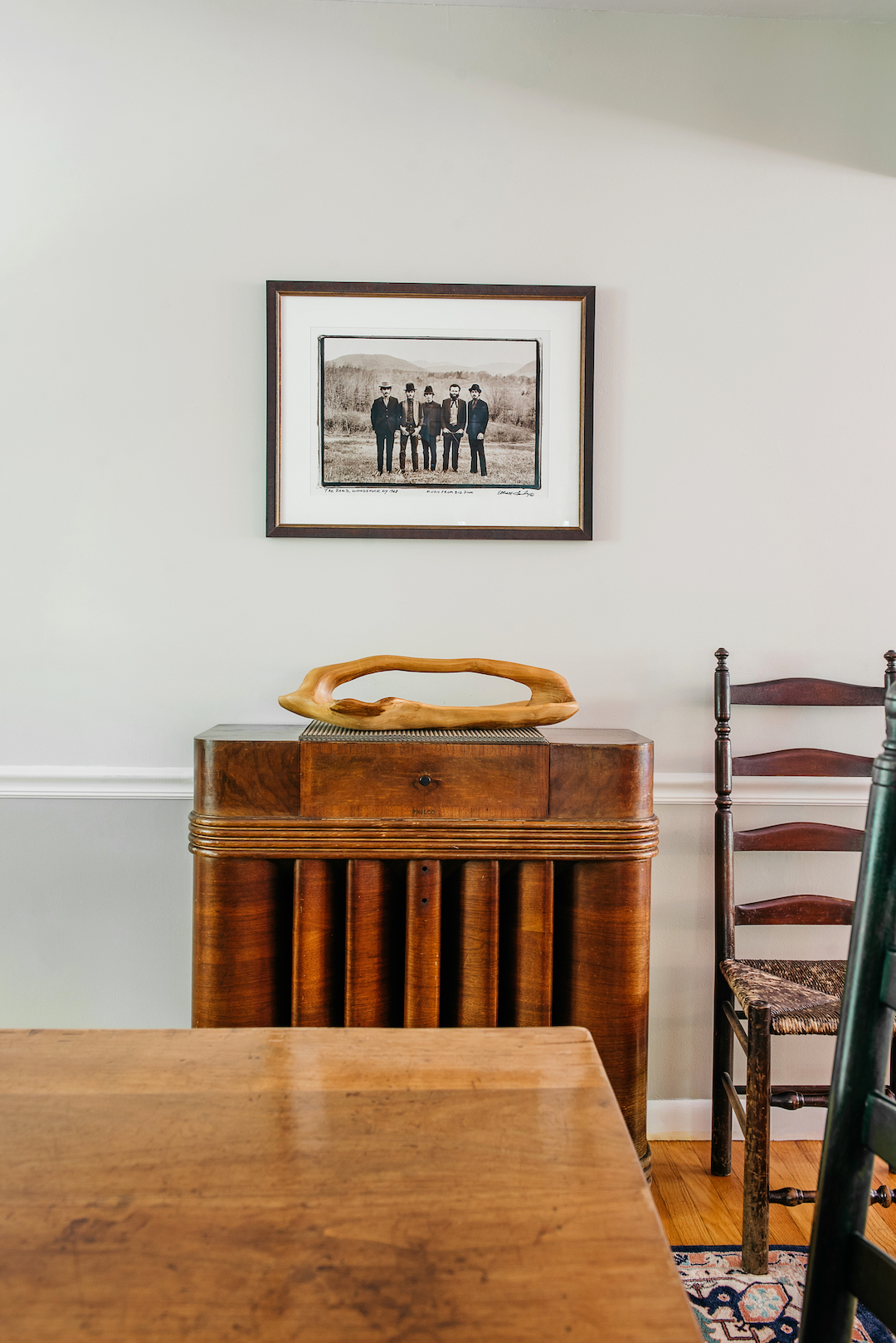 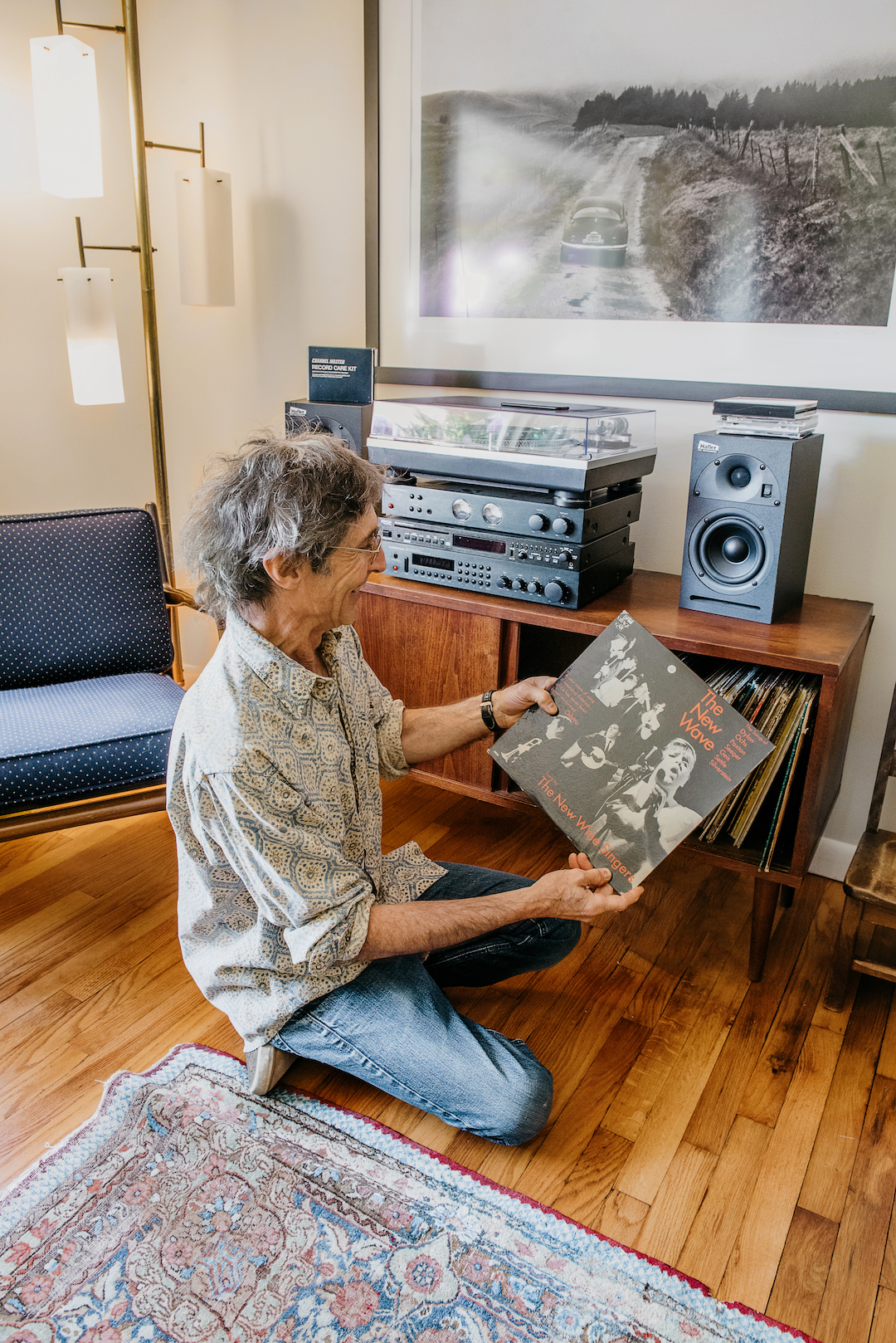 Due to the unofficial landmark status of the home, they felt they couldn’t make big changes – any major renovations would alter the place Big Pink holds in people’s hearts. So when Airbnb and short-term rentals became popular, the LaSalas conceived the idea of the weekend rental as a Big Pink “Residency.” According to Don, “when people come here – most are musicians or bands, and we want them to relax and just hang out together and be creative.  We get a lot of people – painters, photographers, writers, and of course, musicians. They come here and become part of Big Pink’s living history.”

Of course, Big Pink isn’t your standard short-term rental. The comfortable living space feels era-specific yet not dated. Vintage furniture and retro-looking appliances maintain the historic look and feel despite some modern-day conveniences. The main floor has two bedrooms and a sunroom, including a spacious living and dining room – complete with a record player and some of Don’s vinyl collection. As he says, “people found it magical to listen in this room.”  Not a museum, but the careful observer can find rock and roll, historical touches throughout – from album covers, photographs, artwork, and era-specific objects, to the red floor of the sunroom porch, allegedly painted by Rick Danko.  The updated dormer unit was drummer Levon Helm’s bunk area, which today can offer sleeping space for four and stunning views of Overlook Mountain. For about $700 a night, with a two-night minimum, fans of Dylan and The Band can enjoy their own Big Pink Experience. Although the Basement is not part of the rental (it is Don’s private rehearsal and project studio) they almost always provide a visit to the Basement for Big Pink Residency guests. 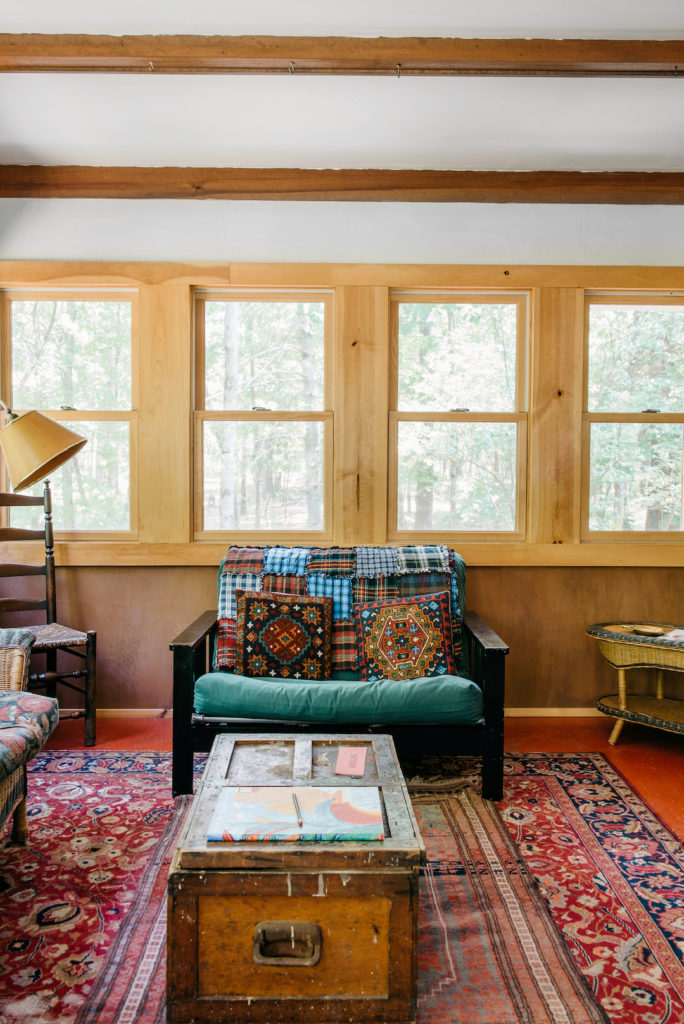 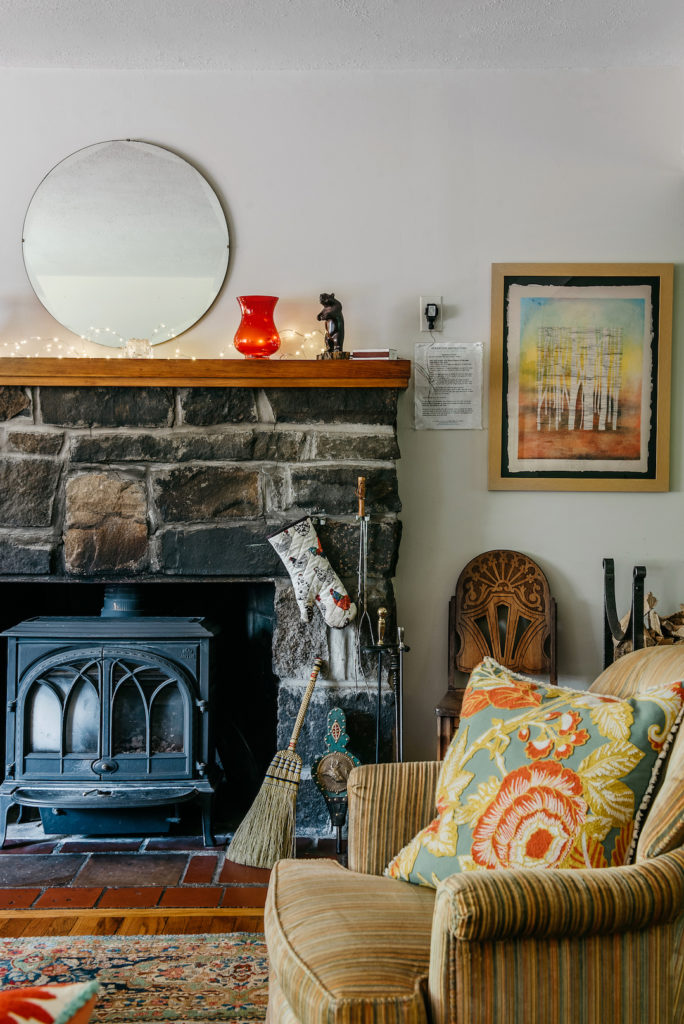 Fans still come in droves – they show up in the driveway almost daily.  One gentleman drove up all the way from Florida to propose to his girlfriend, while others have been married on the property, albeit in small ceremonies (large events are not accommodated at Big Pink). Of the hundreds of fans he has met over the years, Don has a trove of stories to tell.  One poignant tale is an older man who stopped by with a group of friends to take a picture and happened upon Don talking to his guests before giving a Basement tour. He invited the man and his friends to join them: the gentleman sat quietly with eyes closed. About a year later, Don received an email letting him know that the man had passed away from cancer and how during his last months, he often talked about how much it meant to him to sit in “the Basement.” Says Don, “Sometimes pilgrimages are for religious or spiritual reasons, but others are just as important in an existential way.” 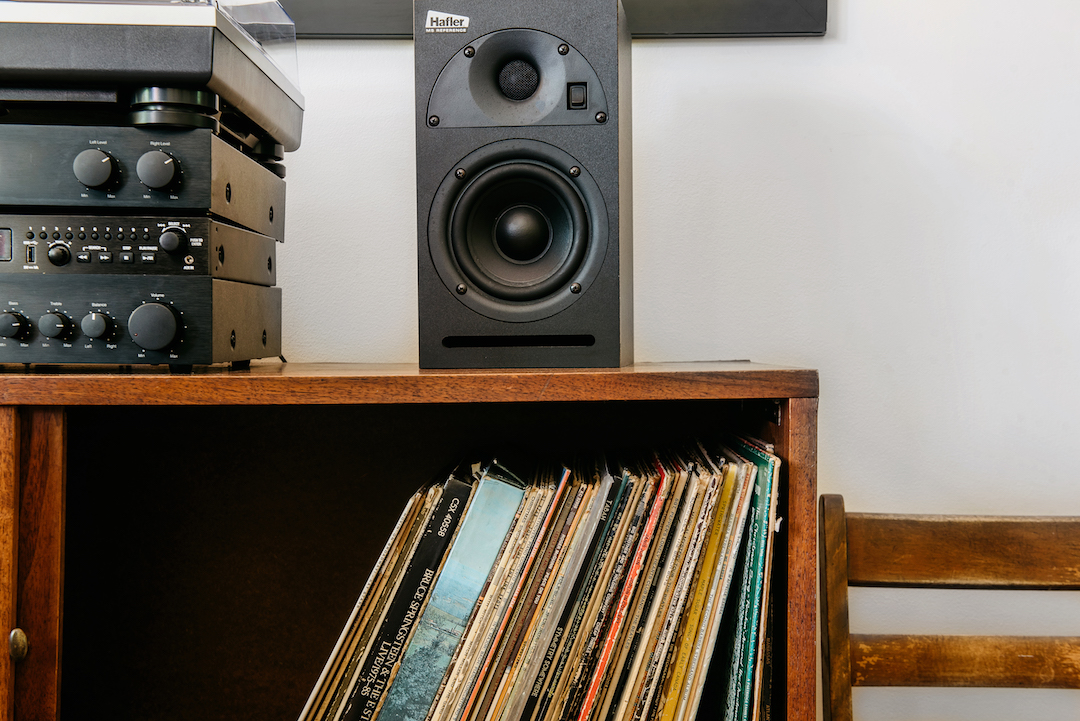 How often can you sit in the same space where your heroes recorded your favorite song? The hundreds of fans who make the pilgrimage to Big Pink do so because of the emotional connection to the music and to this legendary space itself. “Why does it matter to people?” Don muses, “Because it’s still here. It’s still here and still the same after all these years? Big Pink perhaps represents a time of innocence and camaraderie. For Bob Dylan and the Band fans, Big Pink endures.”

All photos by Harrison Lubin. 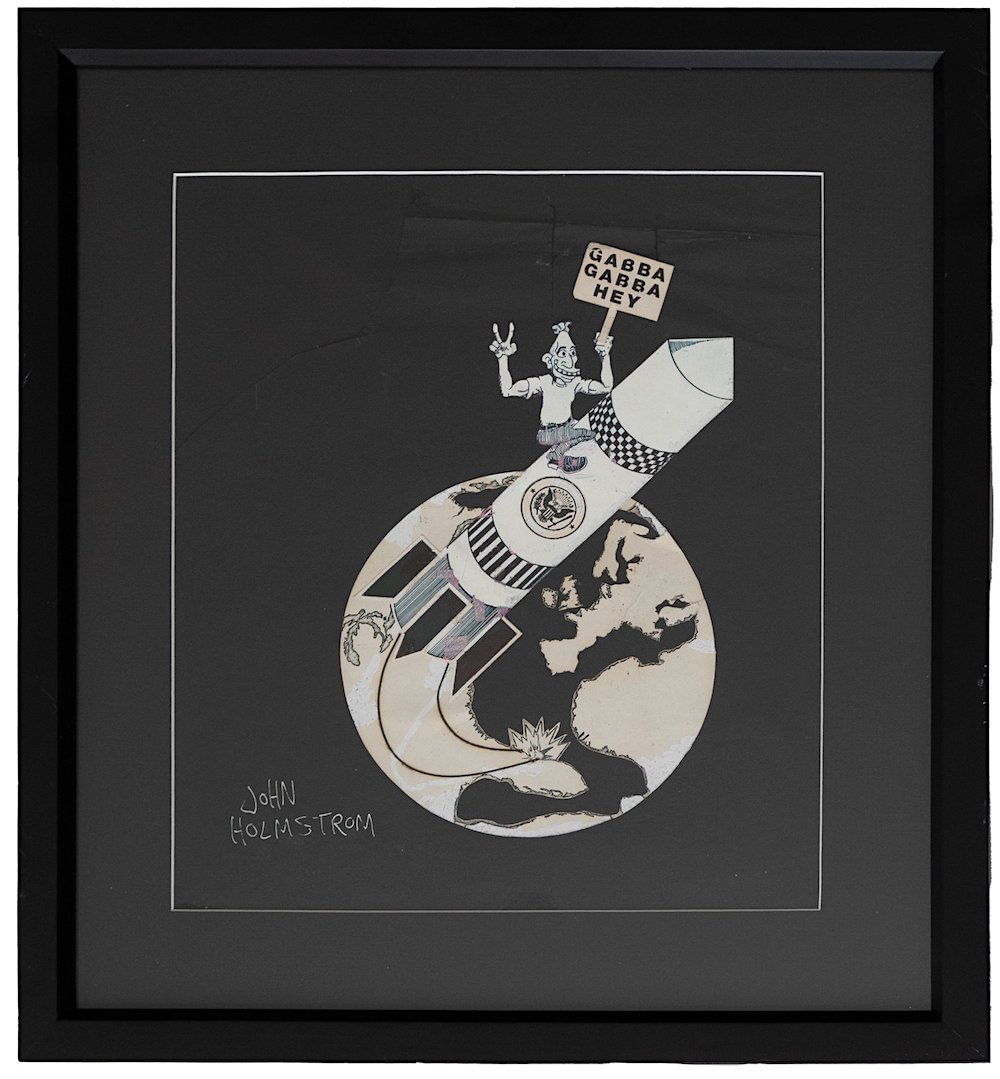 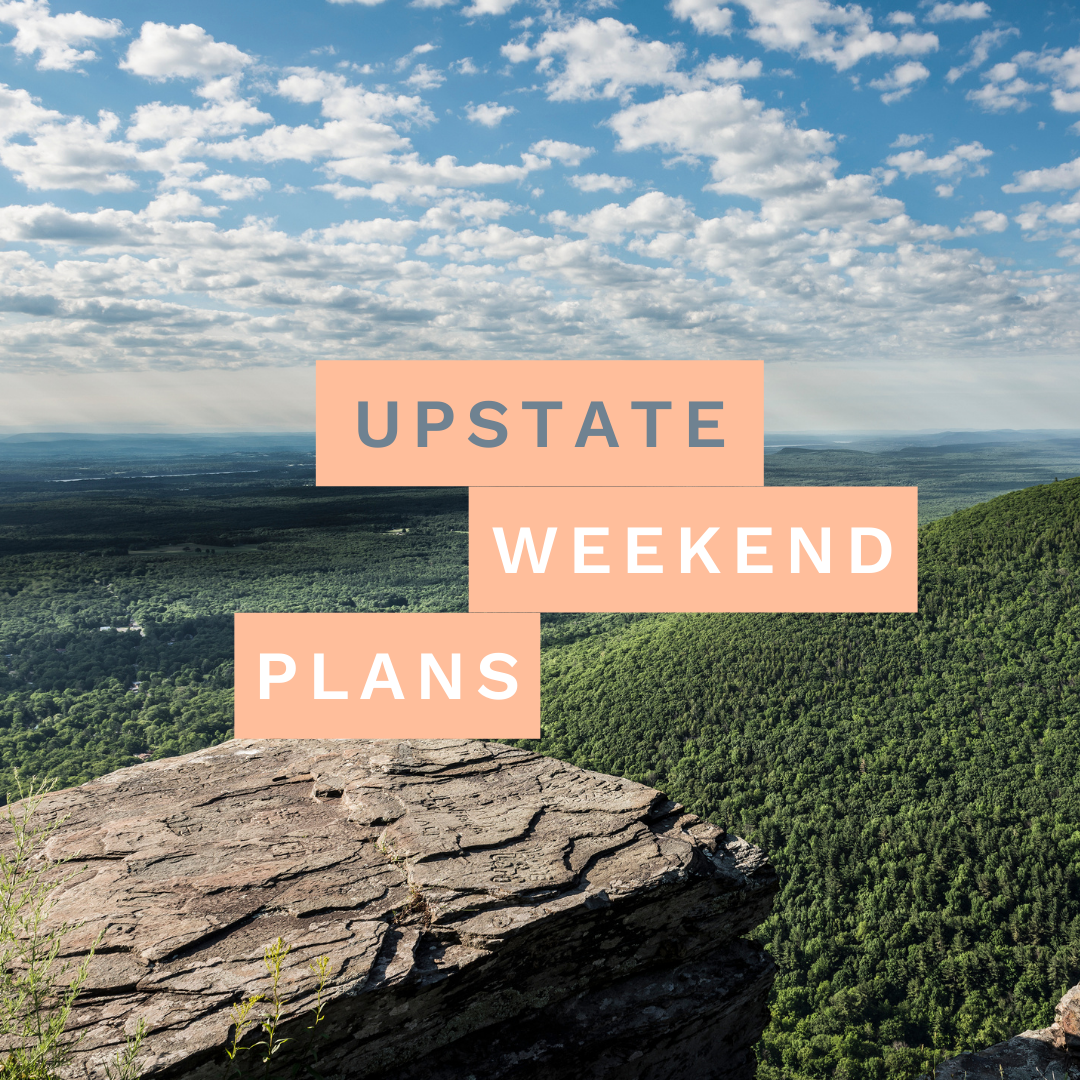 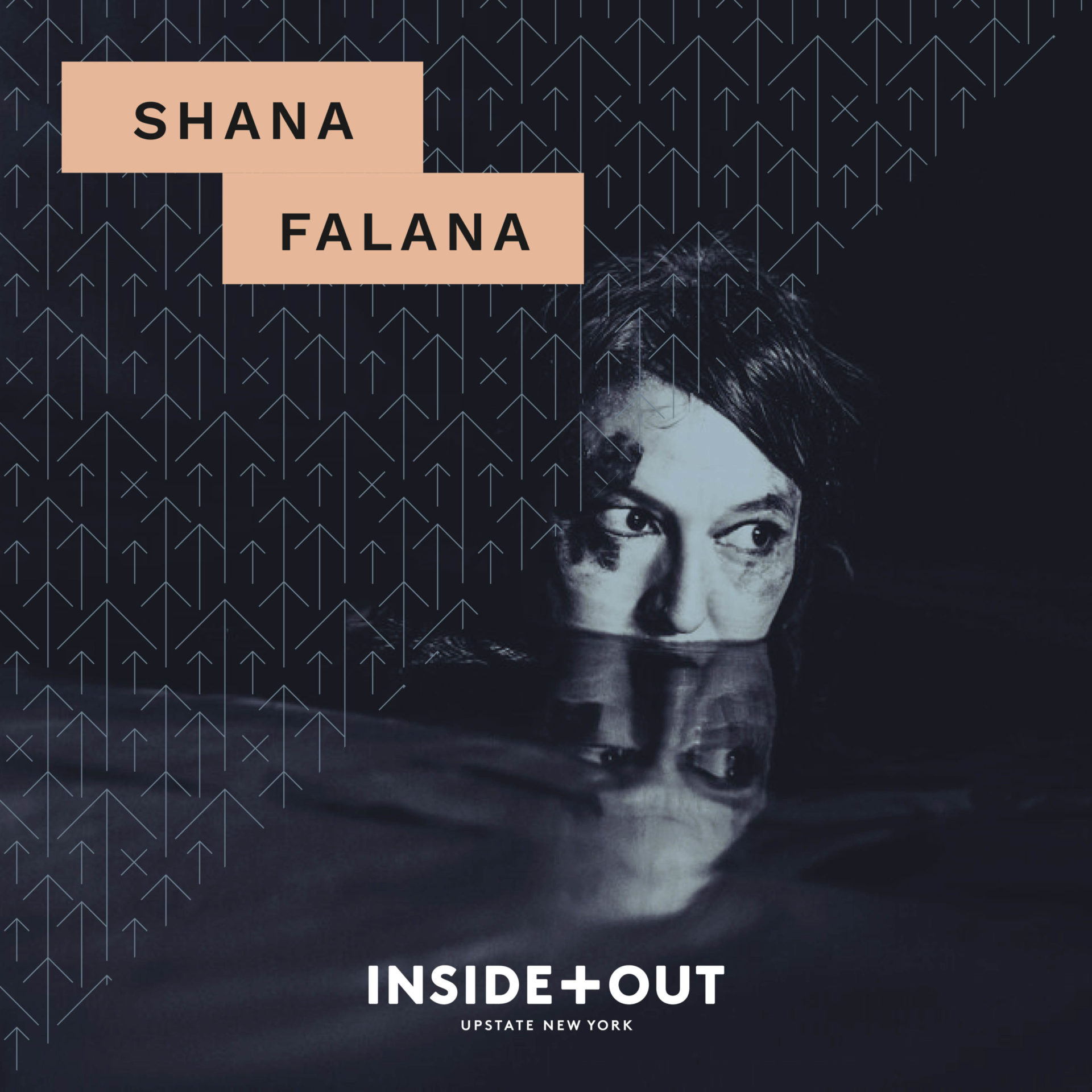 A Turkey Trot, primal disco, and more! Stop by the