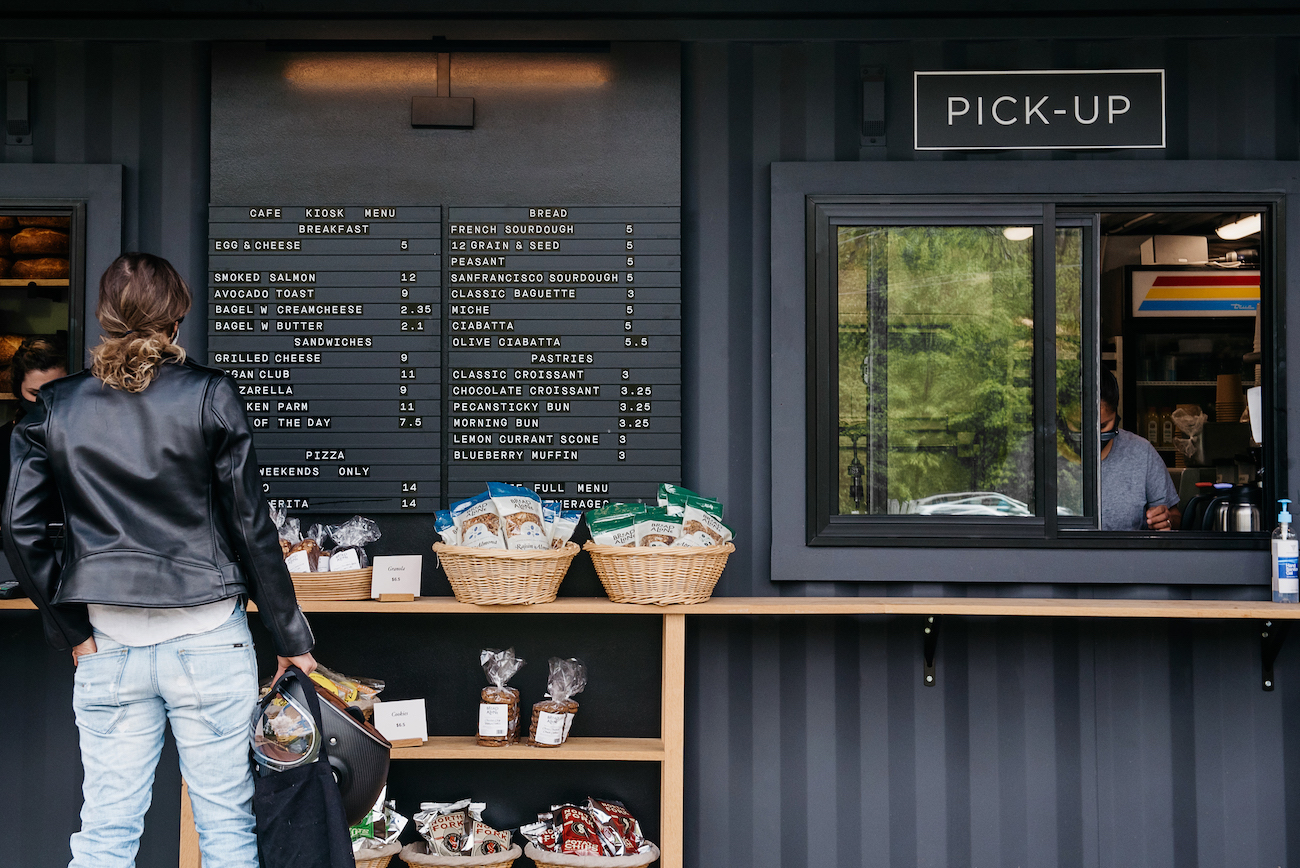 Bread Alone Rises to the Challenge

Like many others before and after them, the Leaders wanted to escape the city and do something simple and grounded in nature. They recognized the beauty of the nearby Hudson Valley,  the quality of life afforded by upstate living, and they wanted to work with their hands. “There is something special about this area,” says second-generation CEO Nels Leader, who took over the helm from his father in 2019.  “We are geographically close to one of the largest metropolitan centers in the country and the Hudson River Valley is an entirely unique and beautiful place. Broader forces in the world have created a large community of people that share similar values to what brought Bread Alone here in the first place.”

Since its inception, Bread Alone has led the way in business practices that are good for both the planet and for people. The company has more than two hundred employees across its four Hudson Valley cafes: the original location in Boiceville, Woodstock opened in 1993,  Rhinebeck opened in 2000, and Kingston (actually located in Lake Katrine) opened in 2015 – which also houses the company’s headquarters and commercial baking operations. The brand’s loyal fans can also find Bread Alone at forty-five regional farmers’ markets and in many grocery stores and retailers across the Hudson Valley, New York City, Connecticut, Long Island and New Jersey. 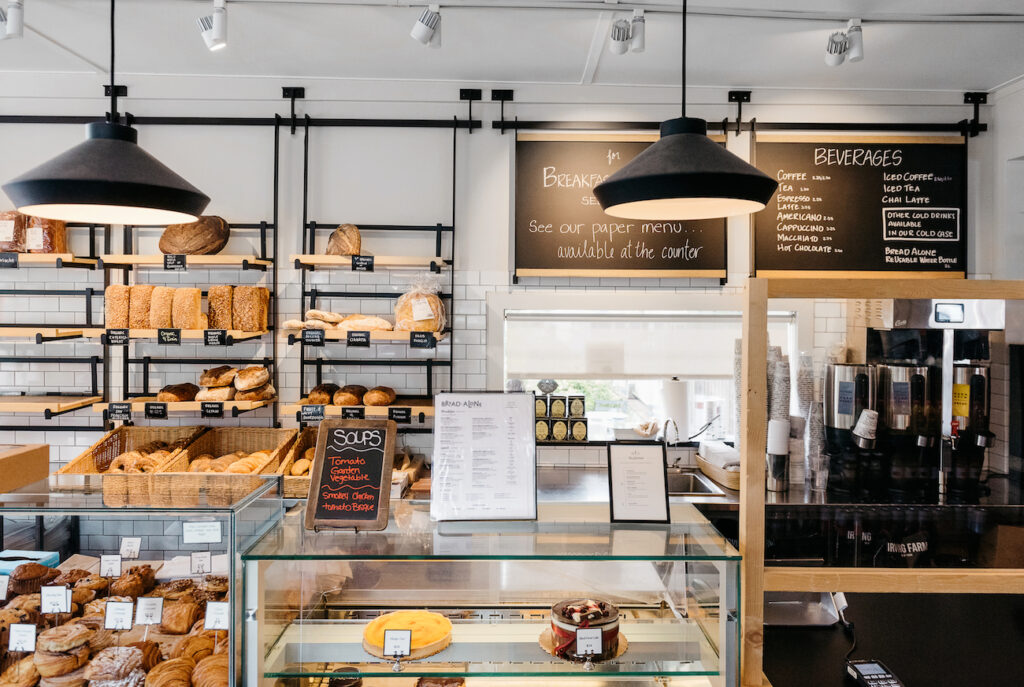 One of the core values of the company is to create prosperity for its employees.  Bread Alone’s minimum wage is $17.00, which is 36% higher than the $12.50 statewide minimum wage.  There is a company-wide quarterly profit-sharing bonus program, a generous paid time off policy, and tuition reimbursement, among other benefits.

“I believe that these practices are the right thing to do morally, and are also a good thing for our business. It’s convenient that there’s alignment between the two,” says Leader.  This alignment helps to attract talent to the region and the company, including Senior Brand Manager Misha Handschumacher who notes, “when I moved upstate five years ago I was afraid that it would be isolating, but I was delighted to find a thriving community of artists, creative professionals and nature nerds. I think I’m actually busier than I was when I lived in the city, but my time is filled with things I’m passionate about.  I’ve been very fortunate to find a professional home at Bread Alone, one of the many organizations in the area dedicated to sustainability and community.” 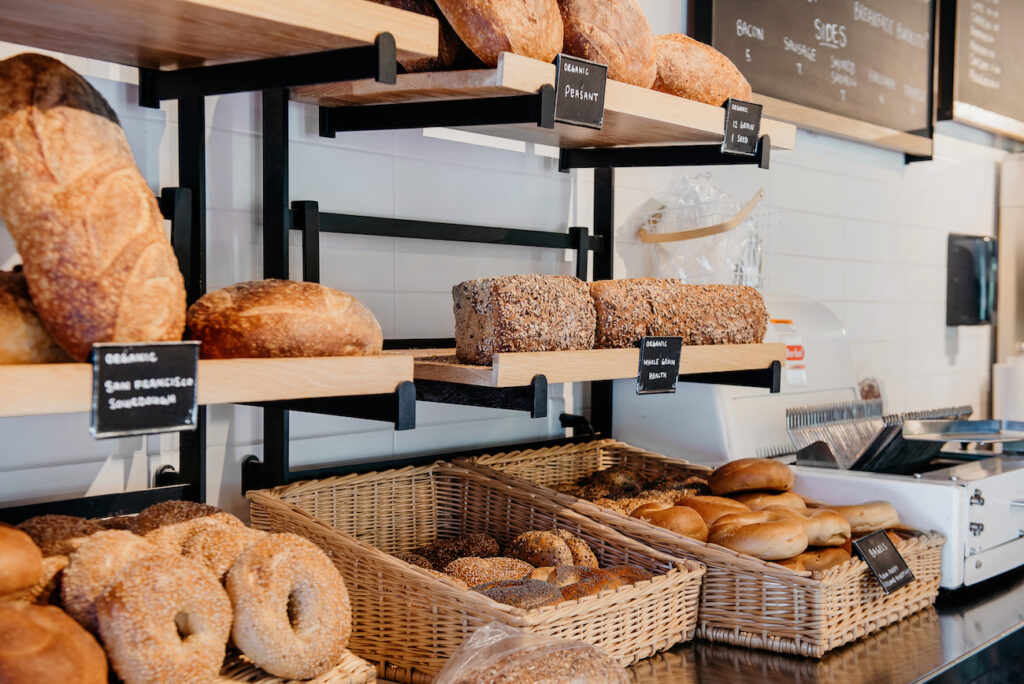 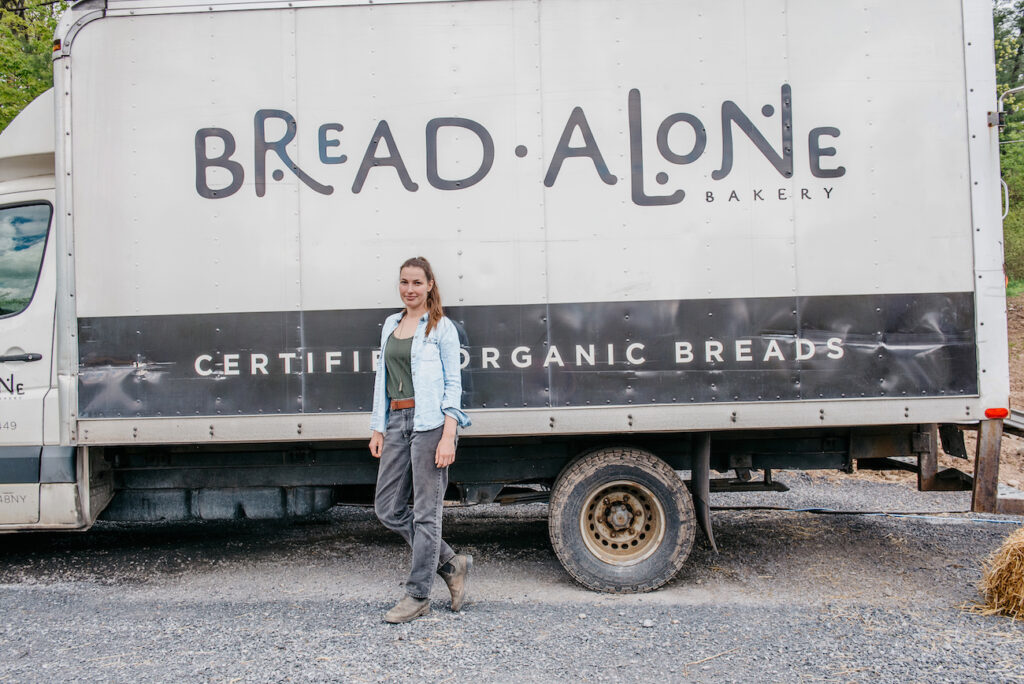 Organic from the start, seven years before the Organic Foods Production Act of 1990 even defined what that meant, Bread Alone was one of a number of companies that helped pioneer organics and interest in food that was more mindfully produced and healthier.  Leader remarks, “if you put yourself in that early 80’s time period and think about bread, this was the time of Wonder Bread. You couldn’t go to your average grocery store and buy a french baguette. That just didn’t exist at that time.” 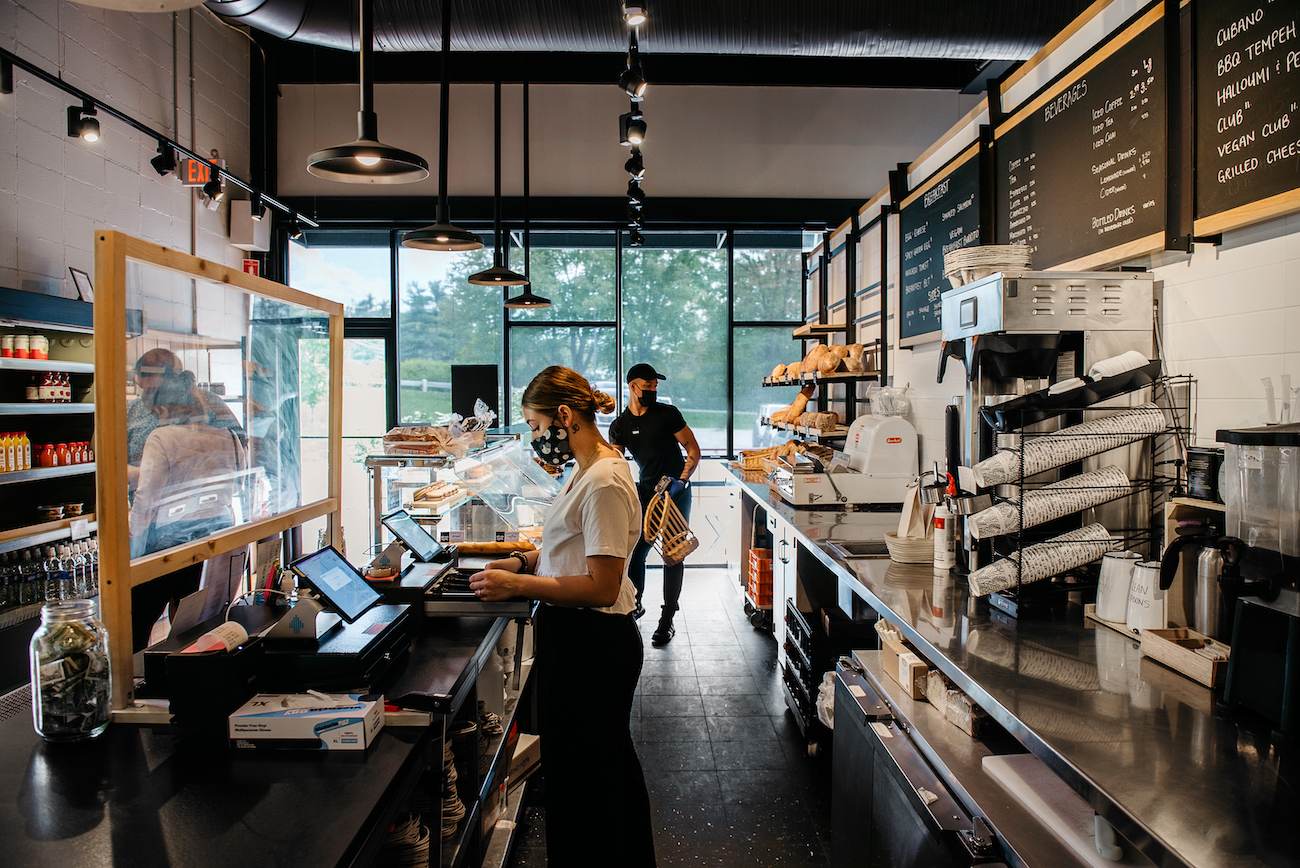 This trailblazing spirit continues with the company’s commitment to sustainable business practices.  The bakery in Kingston has a 200kw solar array on its roof, with 664 panels providing about 30% of the energy used in the building.  There is a company-wide composting program and they’ve developed industry-leading efficiency in baking practices.  The company is taking much more aggressive action to mitigate climate change. “Our area, with deeper roots and connections to the natural world, is perhaps a step or two ahead. My hope and belief are that this mindset is going to continue to spread and hopefully a lot of businesses like Bread Alone, and others in the area, are leading with a message of sustainability around the country.  I choose to be an optimist, by the way.” 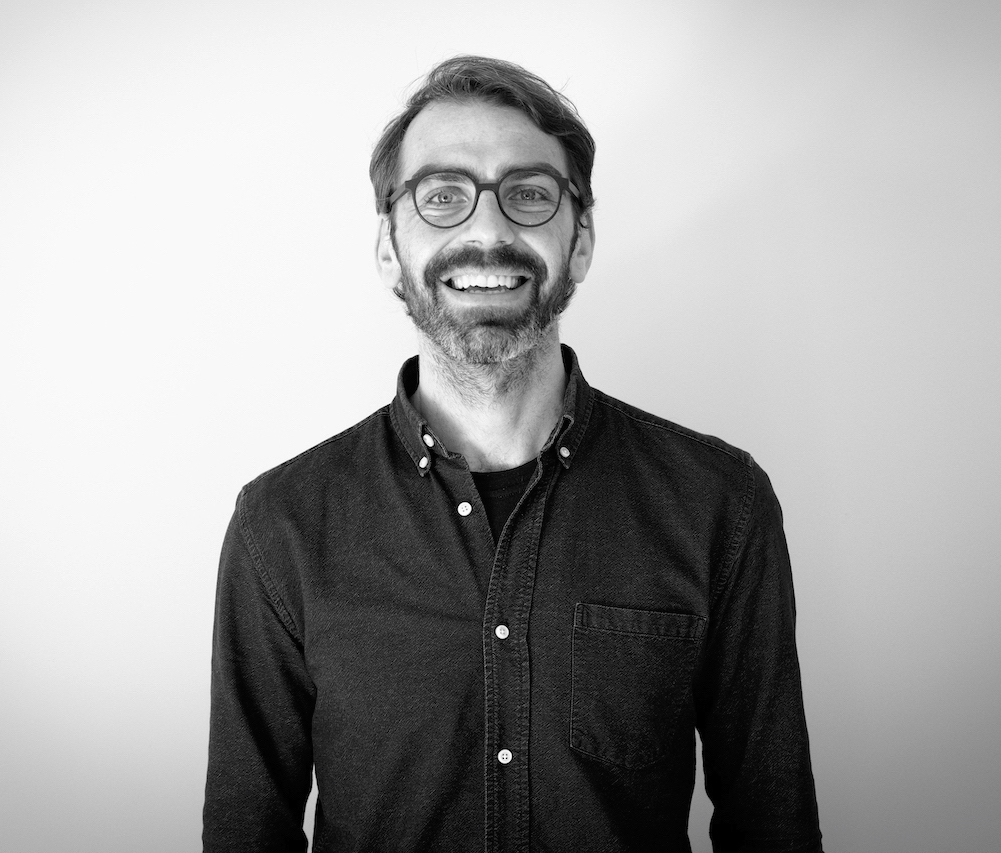 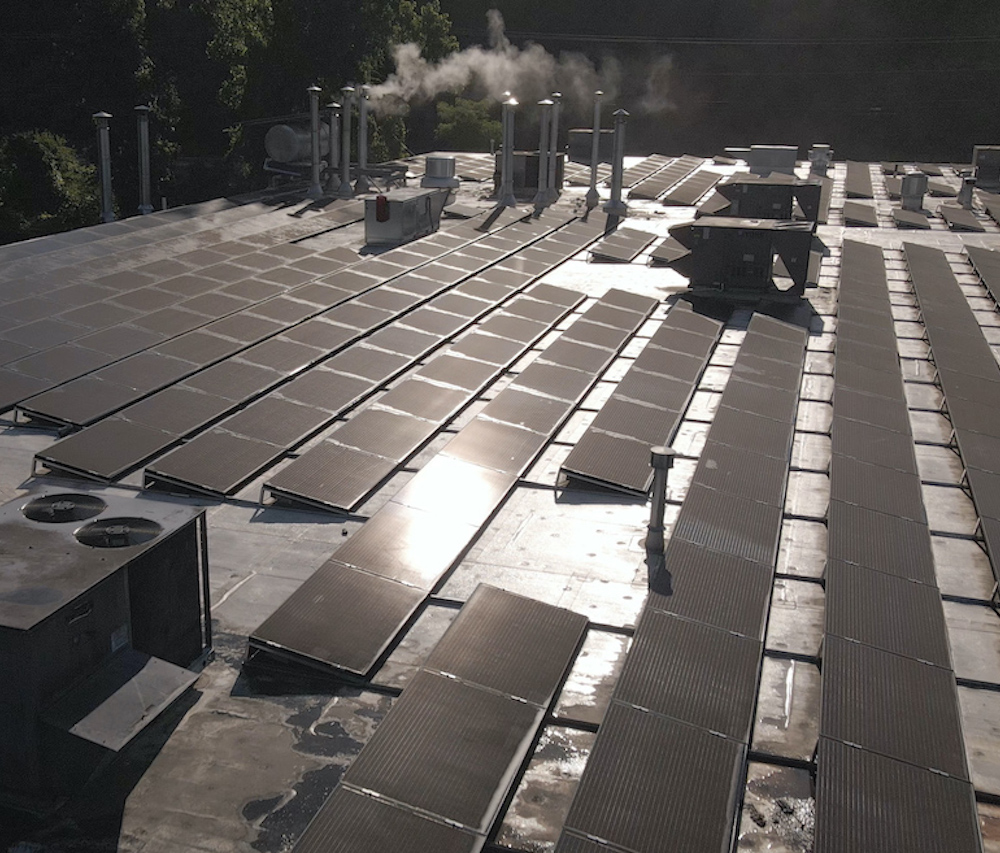 That optimism has led the company to its most ambitious project yet.  Opening in late summer 2021, Boiceville 38 will be the first-ever carbon neutral bakery in the United States, powered 100% by a field of solar panels for the modern Heuft ovens and scrap wood in its original wood-burning ovens.  With this project, Bread Alone is endeavoring to achieve a new level of business model and a new level of sustainability, running a facility completely on electricity that they produce themselves from renewable sources.  Designing and executing this at a commercial scale is a huge challenge. Bread Alone wants to prove that it can be done and that it can be done successfully. As with the original story, they’re hoping that this inspires other individuals and businesses to follow suit. 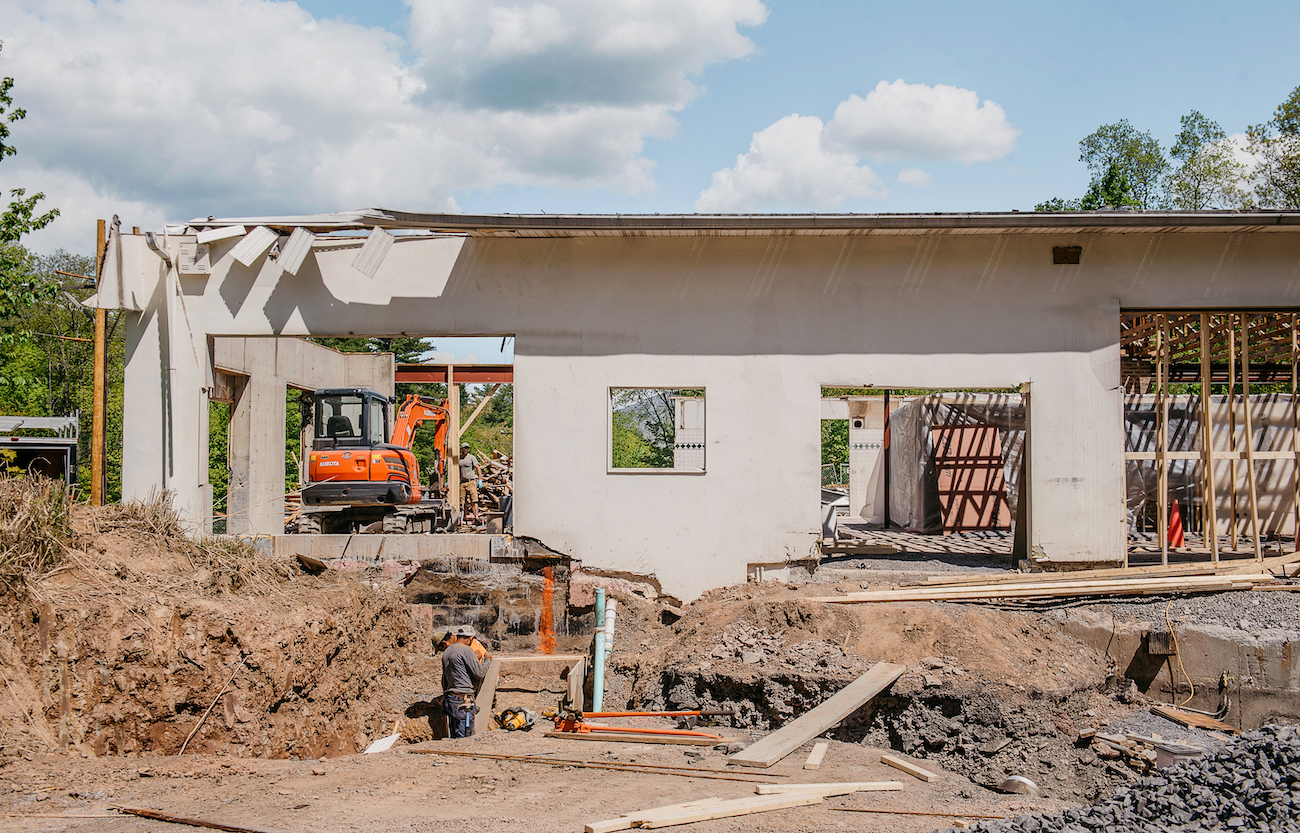 In order to take on this project, the Boiceville location had to close down during construction.  To continue to serve the many local customers who have been coming to the location for decades the company opened a temporary kiosk onsite that offers a limited menu and one very special addition – sourdough crust woodfired pizza on Fridays, Saturdays and Sundays. It’s been a raving success, leading the temporary kiosk to become a permanent fixture that will be open on weekends after the main bakery is reopened. There are plans for a beer and wine license for the space, and the company is already lining up partnerships with many local Catskills breweries. 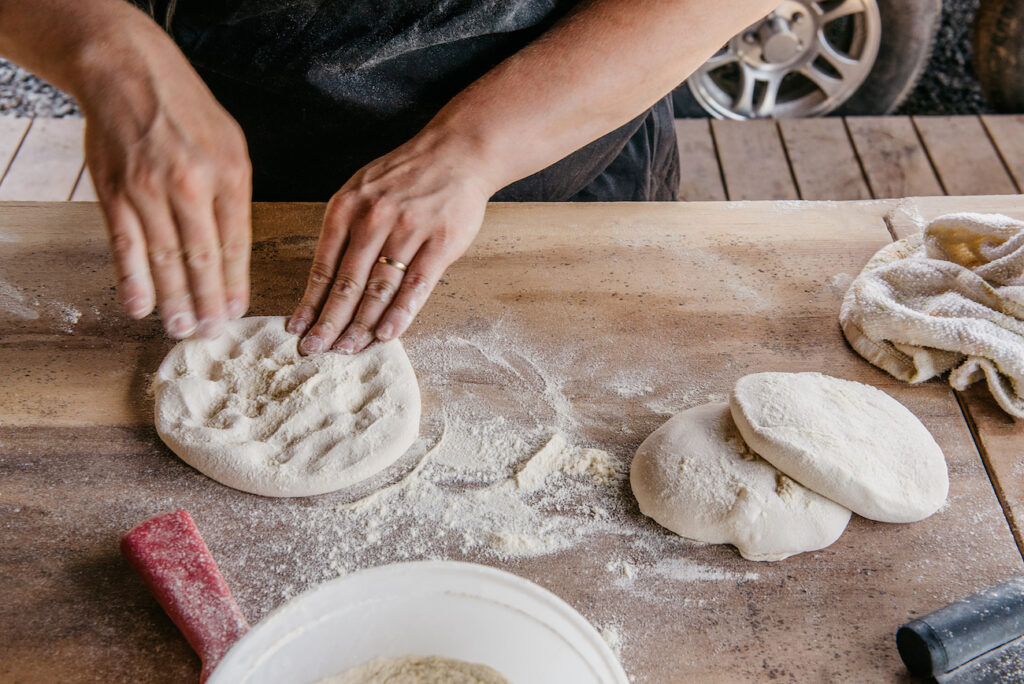 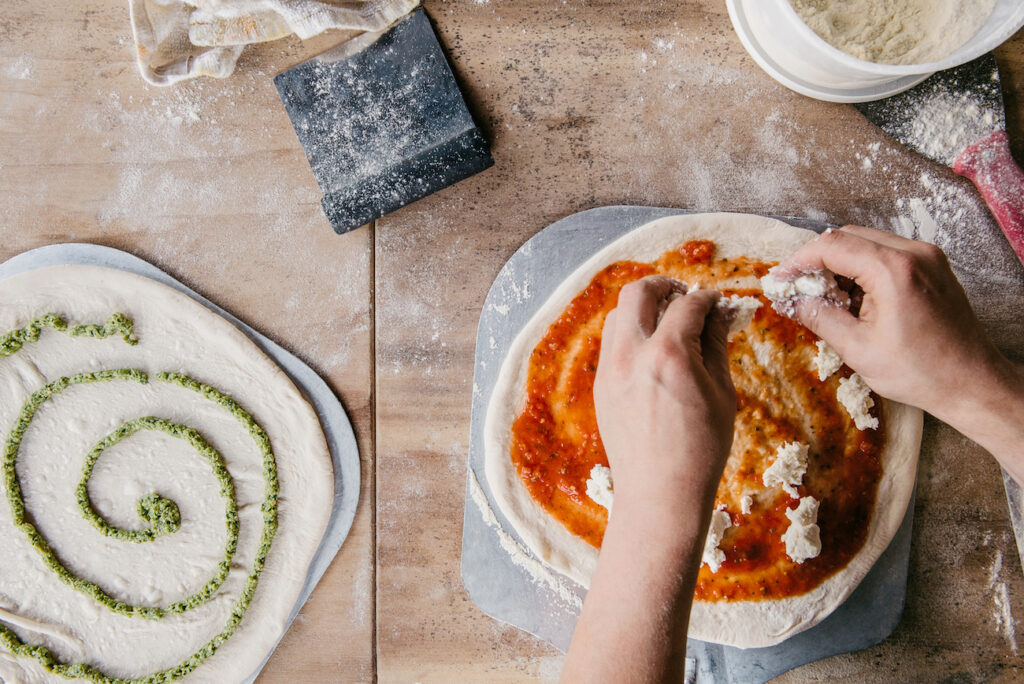 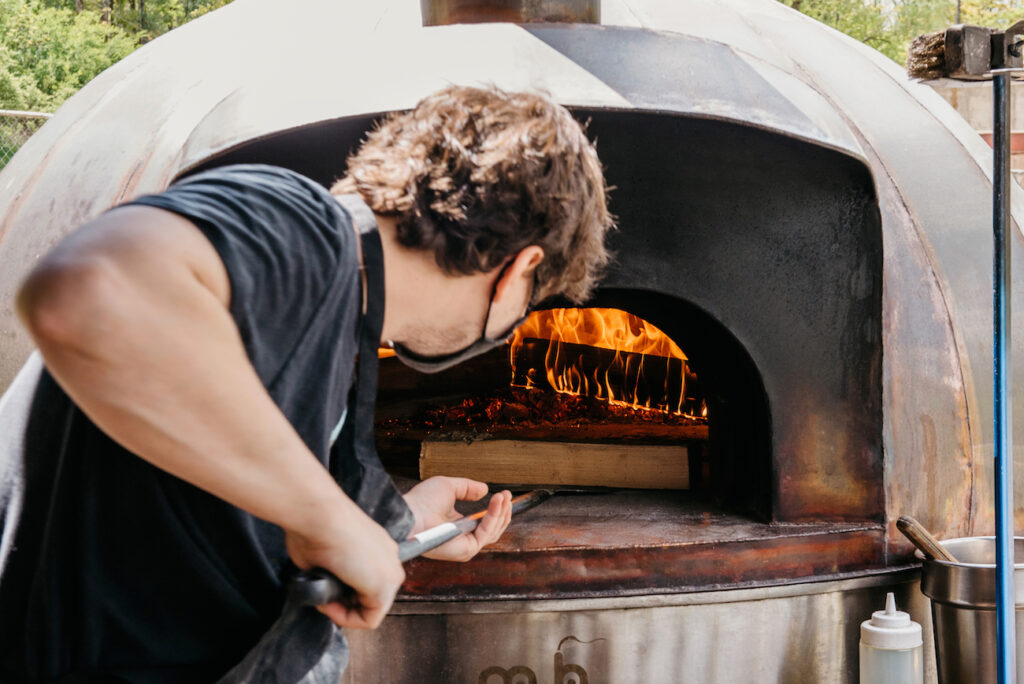 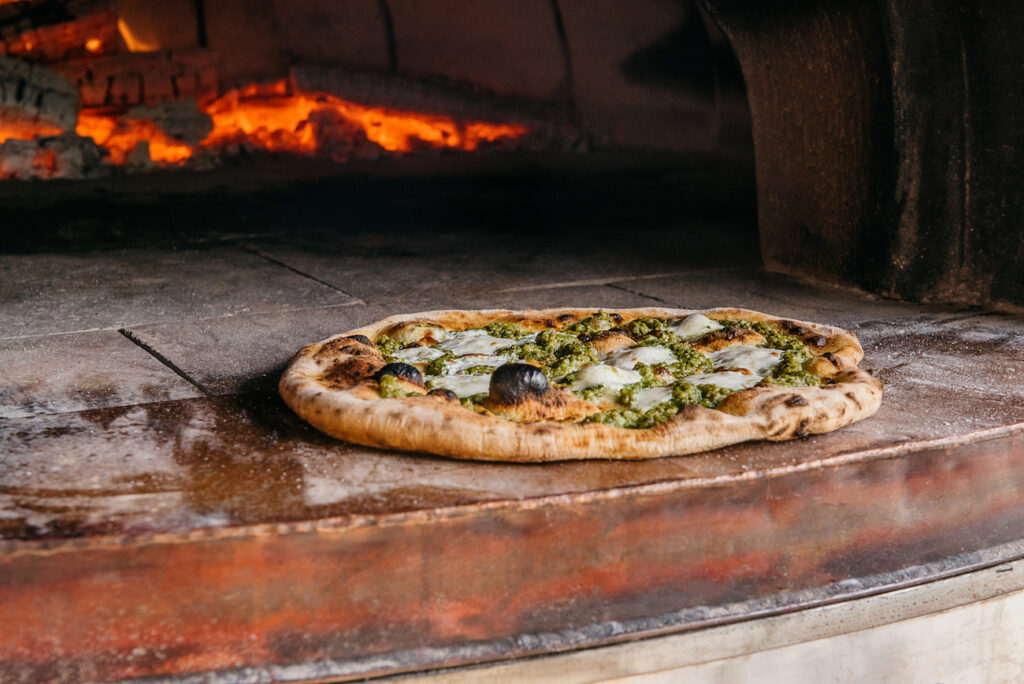 With passion and purpose, Bread Alone founded one of the quintessential Hudson Valley businesses – driven by a connection to the land, the economy and the people.  And now, Bread Alone is inspiring other passion-driven businesses, in the Hudson Valley and across the nation, to tell the next story.

All photos by Harrison Lubin for Inside+Out Upstate NY, unless otherwise noted. 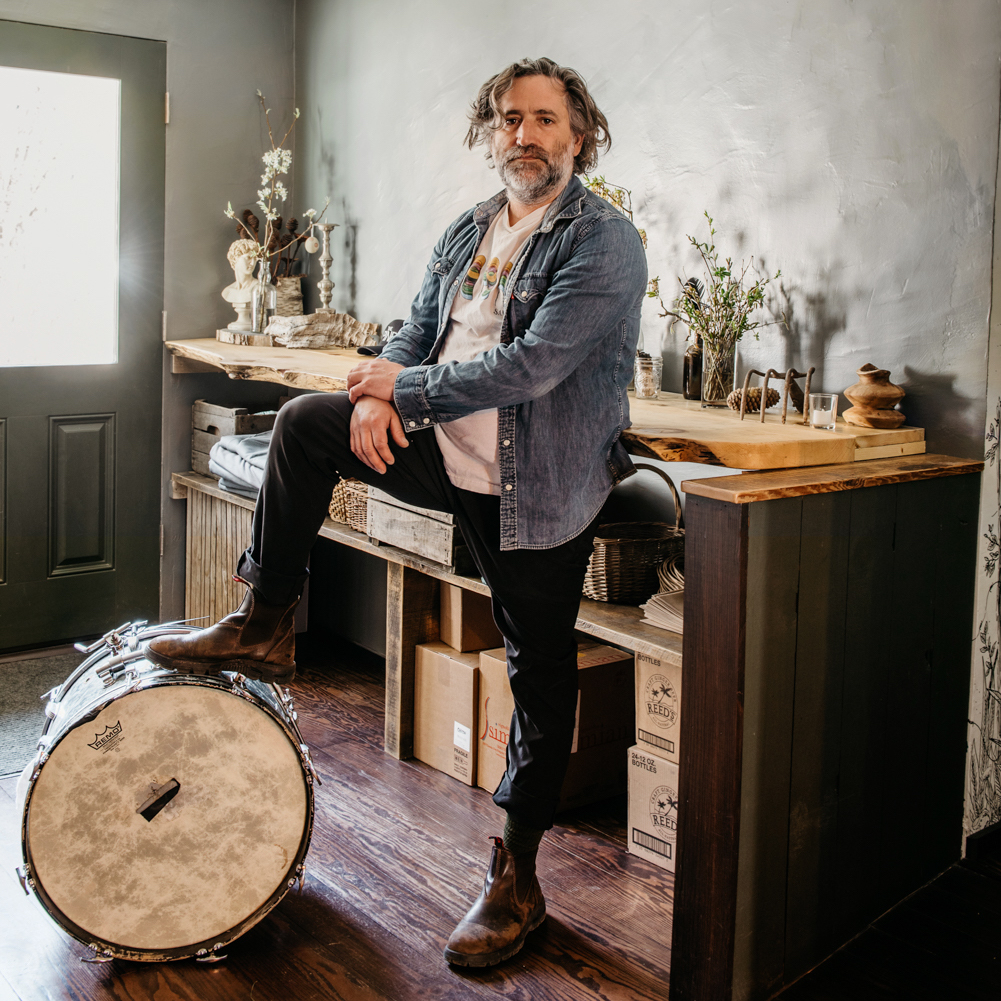 10 Things To Know About Jeremy Bernstein Founder of The Pines 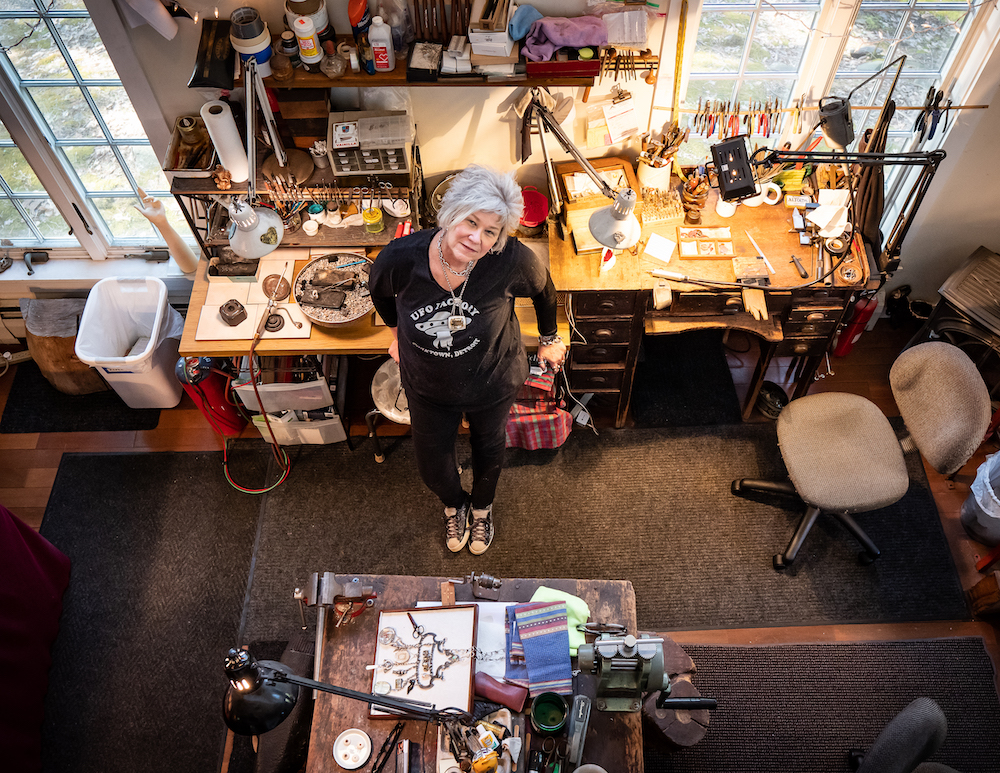 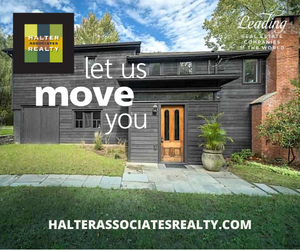