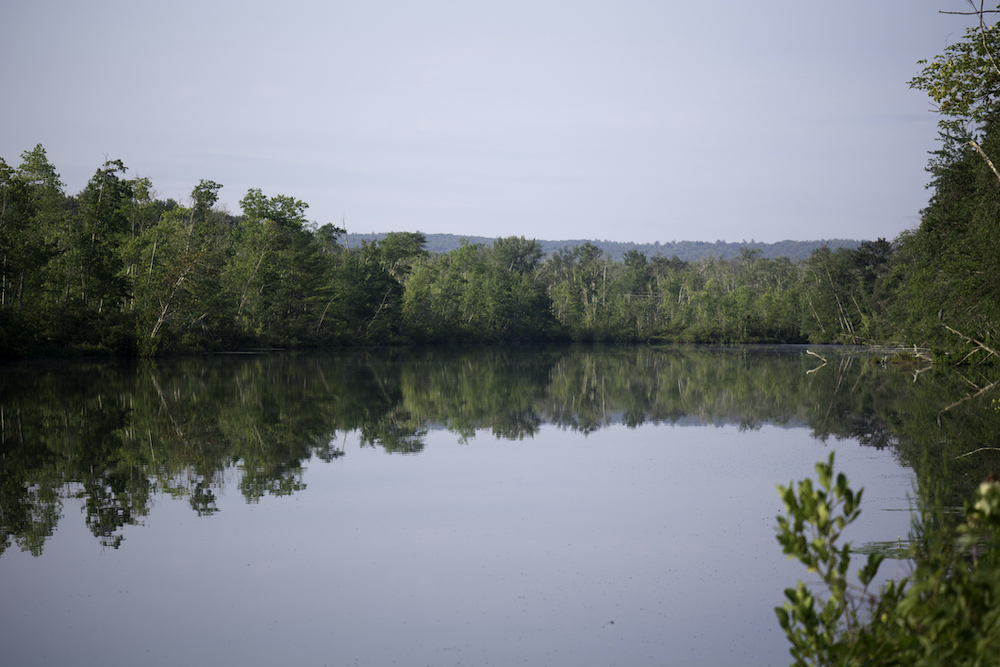 Hidden in plain sight, just off bustling Route 28, 3 miles from the NYS Thruway, lies one of Ulster County’s gems – the 3,000-acre Bluestone Wild Forest, which includes Onteora Lake and Pickerel Pond. Many people, racing west to Ulster County’s better-known attractions, drive by the DEC’s brown and yellow sign that announces this park to the public, not realizing that it points to an amazingly rich location that has everything an outdoors person – or even someone just beginning to explore the out-of-doors – might want. This spot offers biking, boating, camping, fishing (including ice-fishing) and hiking – all in one location, which is not as common as one might think.

We spoke to “Ranger” Dave Holden to share his insight on Bluestone Wild Forest; a special local forest preserve. 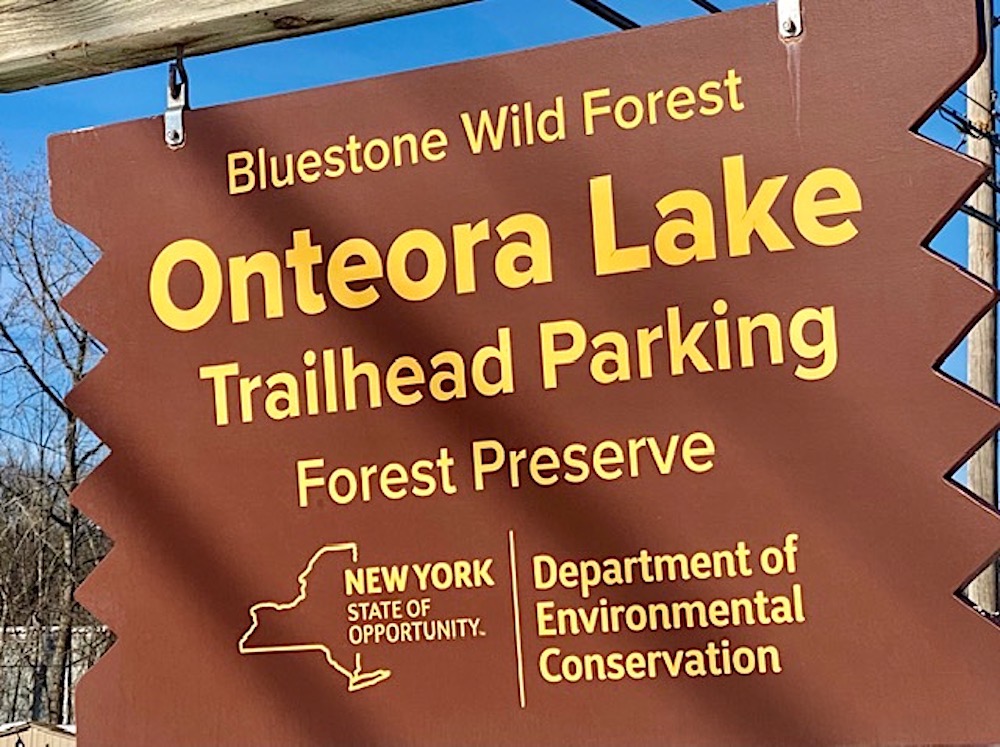 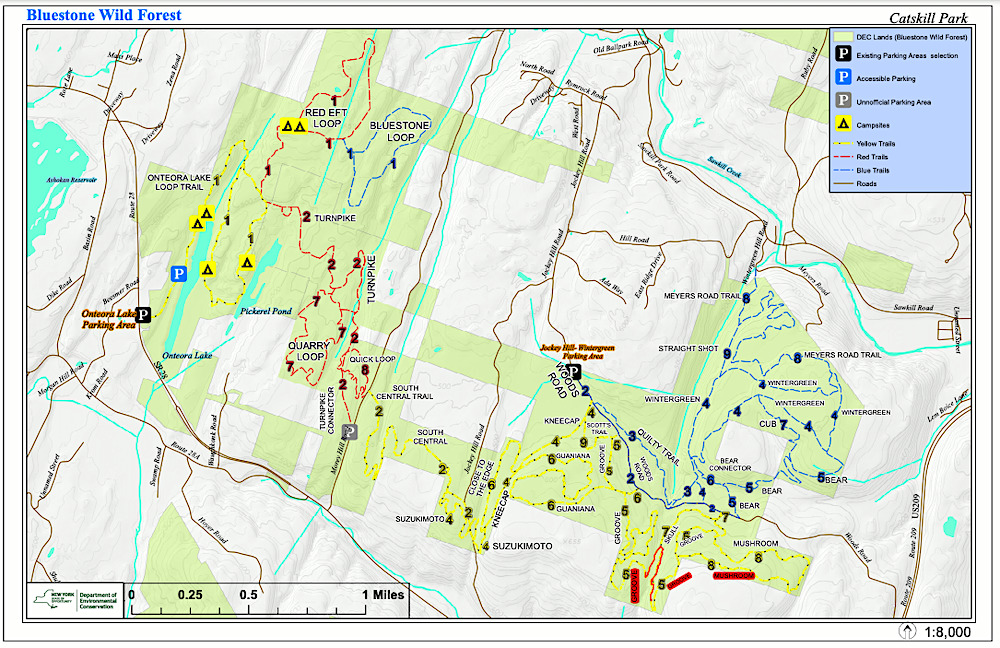 During the regular season, you can drive down the quarter-mile dirt road to the parking lot near the lake (during the winter, the road is closed, but parking is allowed just off Rt. 28). There is a large, informative kiosk with detailed maps of the park, with notes of what you can do and not do. It is a State Park and all the same rules and stipulations apply at Onteora Lake as in any other DEC park facility.

Immediately, it becomes obvious there is much to do here – the smell of campfires, people unloading cross-country skis, hikers readying for a good walk, some putting on snowshoes, and fat-tire bikers returning from threading the miles of trails. The kiosk explains why it’s named Bluestone Forest, explaining how many quarries were in the area. This becomes very real once you enter the woods and start weaving back and forth, up and down along old, abandoned quarry-roads and find yourself surrounded in places by the evidence of this mostly 19th-century industry.

Walking past numerous opened quarries, surrounded by their accompanying rubble piles, you rapidly start to appreciate what hard work this must have been. Proceeding further, smaller trails branch off the main trail, some narrow and designed specifically for bikes. It is a fascinating landscape, folded and creased, footpaths running deep, then high, going with the pattern of the earth. If you take the loop trail back south, it will bring you all the way around Onteora Lake, returning to the camping area and parking lot. 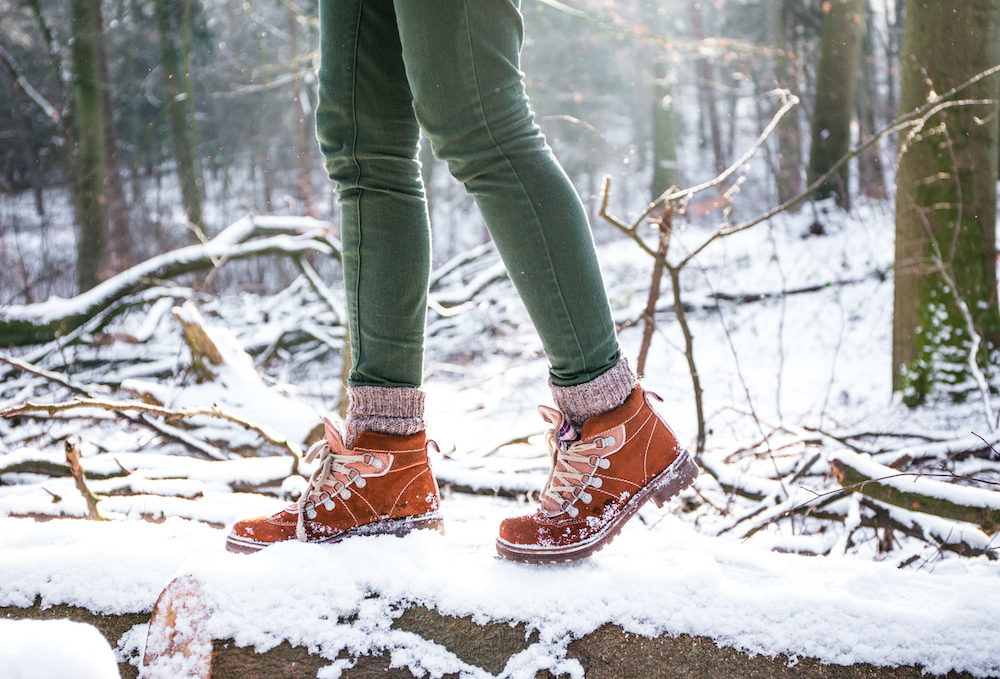 There are many aspects of this place, like anywhere in our wild forests. The lake itself is so very rich, its richnesses varying greatly with the seasons. While, indeed, you can walk along the shore in some places and may observe much in that manner, definitely the best way to experience Onteora Lake is from the water, in Spring, Summer, or Fall, in canoe or kayak.

In the winter, if the ice is thick enough, you can explore the lake from its frozen surface (always watching for thin spots and gaps close to shore). If ice-fishing is your passion, this is a great spot for Bass, Bluegills, Crappies and Perch. Many avian species can be present. Some, like the small-birds (Black-capped Chickadees, numerous Sparrows, Juncos, etc.), Crows, Ravens, some local hawks, and the occasional Osprey and Bald Eagle, can be found year-round. The lake is also a major stopover on the migratory flyway, temporarily hosting many species of Ducks, Geese, and others looking for a stopover with a suitable place to land, rest, and eat.  Onteora Lake suits these criteria perfectly.

Hiking east from Onteora Lake, other trails branch off the main trail (see map above). Taking the southern loop brings you along the shore of Pickerel Pond, which is entirely a drowned valley (unlike Onteora Lake, which is partially drowned at its southern end), created by blockage of a stream’s drainage. This is self-evident because many pale, dead trees pierce its waters, all of which once were part of a healthy forest. Pickerel Pond has many of the same wildlife attributes as Onteora Lake without being anywhere near as accessible. Therefore, the pond can be very quiet. Or, at least, it used to be. 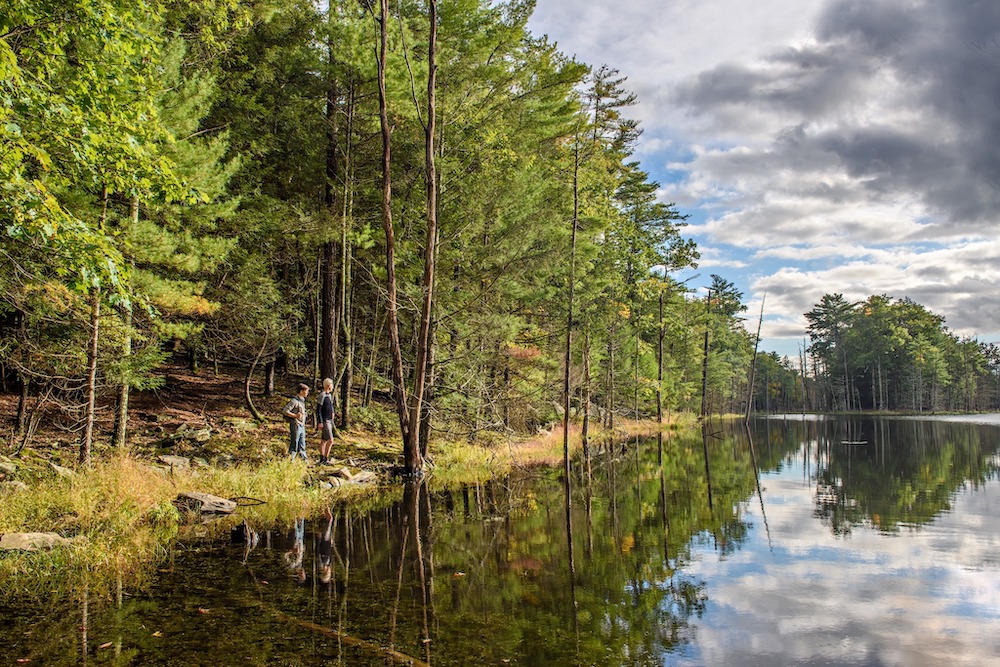 Directly adjacent to its southern end is a huge, now defunct gravel quarry, recently turned into an industrial site, manufacturing cement products. While this usage is technically only “proposed”, it is now a very active, busy facility, already making products, spewing out poisonous fumes and disturbing its (formerly) wild neighborhood. As I said, this was a quiet spot once but is now home to a cacophony of engines, dust, fumes, gears, and backup signals that directly impinge on one’s casual enjoyment of this once nearly-pristine place. As if this wasn’t bad enough, this site runs 24 hours a day, most days, completely negating the ancestral peace and quiet that once reigned here.

Another of the dangers from this site is that its geology, with its long, downhill bedrock slope to the west, is conducive to petroleum products and other chemicals used in the fabrication process flowing downwards into the outflow stream from Pickerel Pond and thence directly into the Praymaker Stream flowing out of Onteora Lake. Praymaker flows through DEC-protected wetlands and then into the Esopus Creek itself. How this is being allowed to happen is beyond me. The combination of light pollution and sound pollution – not just affecting the people trying to enjoy the rich forest, lakes and trails surrounding it, but the stress that this puts on the forest itself and the wildlife that inhabits it–under no circumstances should this be allowed to continue.  Get involved: See resources at the end of this post. 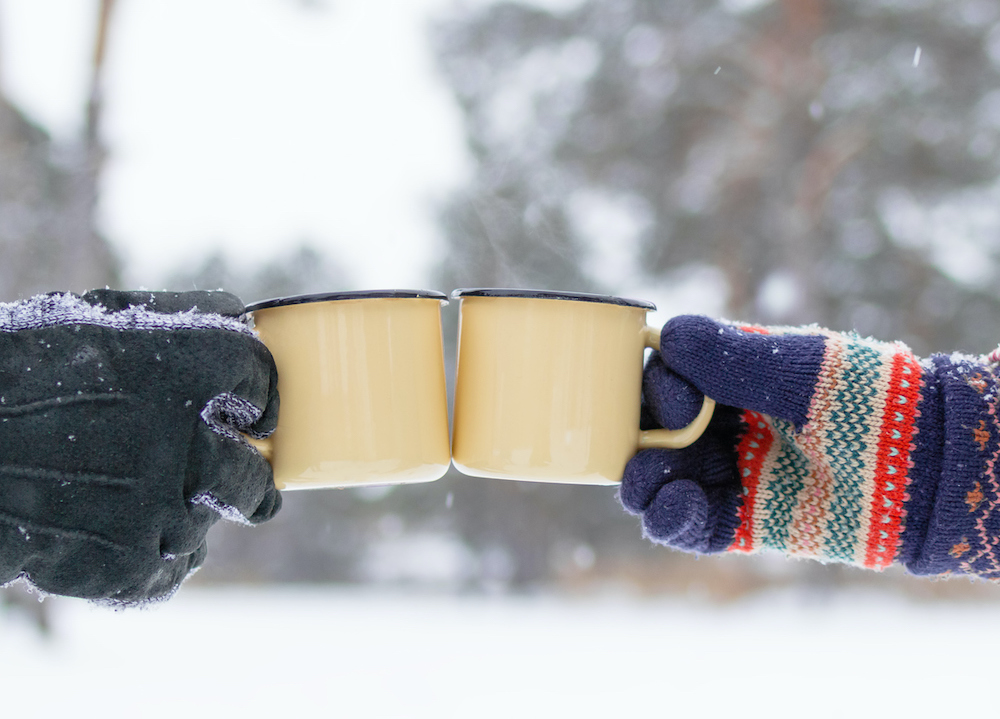 The common threads – literally and figuratively – that run through this beautiful land are its many old roads – farm roads, quarry roads and some that were both. Many of these have now become biking or hiking trails, which is really a natural progression, taking an already previously used, or disturbed, area – the road – and adapting it to modern use. These trails are a much better, more sustainable usage than making a new trail by needlessly clearing and cutting down the forest.

But it is too late for what is perhaps the most historic of these roads, the very old, long pre-settlement Waghkonk Road, which used to run up over the hills from what was the Old Plank Road (now Route 28A), all the way over to Zena, where it intersected with Sawkill Road.

According to Alf Evers, former Woodstock Historian and noted author (“The Catskills – From Wilderness to Woodstock” and “Woodstock – History of An American Small Town”, and many others), had evidence that the Waghkonk Road was the earliest road to Woodstock. He also believed that Waghkonk was the old name for the town. Indeed, Harry Siemsen, the former Town of Kingston (which the property lies in) Historian, wrote that the Road was an old Indian trail.

The huge former quarry, which now contains the proposed manufacturing facility, effectively erased almost a quarter-mile of this historic trail when it produced prodigious amounts of gravel by blasting and crushing the natural sub-strata, starting in the late ‘60s. As the facility tries to expand to the north, it further endangers a segment of this old path. Enough. It is time for this to stop. This site has been raped and pillaged long enough and the earth here needs to recover. It is surrounded by nearly-wild woods that shouldn’t be subjected to further stress. There are more suitable places for a business like this, which aren’t encompassed by wildness and its many inhabitants and those trying to enjoy it.

We hope you enjoy your outdoor adventures at Bluestone Forest, Onteora Lake and Pickerel Pond.

And, if you love this area as much as we do, please do what you can to protect this beautiful place from unsustainable and unhealthy encroachment. Contact the DEC and the Town of Kingston Planning Board and tell them not to allow this facility to continue here. Thank you. 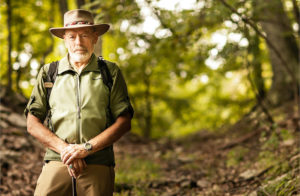 Dave Holden is a New York State DEC Licensed Hiking Guide with many years of experience on Woodstock trails, old and new. We are thrilled to share Dave’s local expertise as he showcases the beautiful places in the area that regular trail hikers miss. He is also available for hire to lead guided nature hikes.
By inside + out 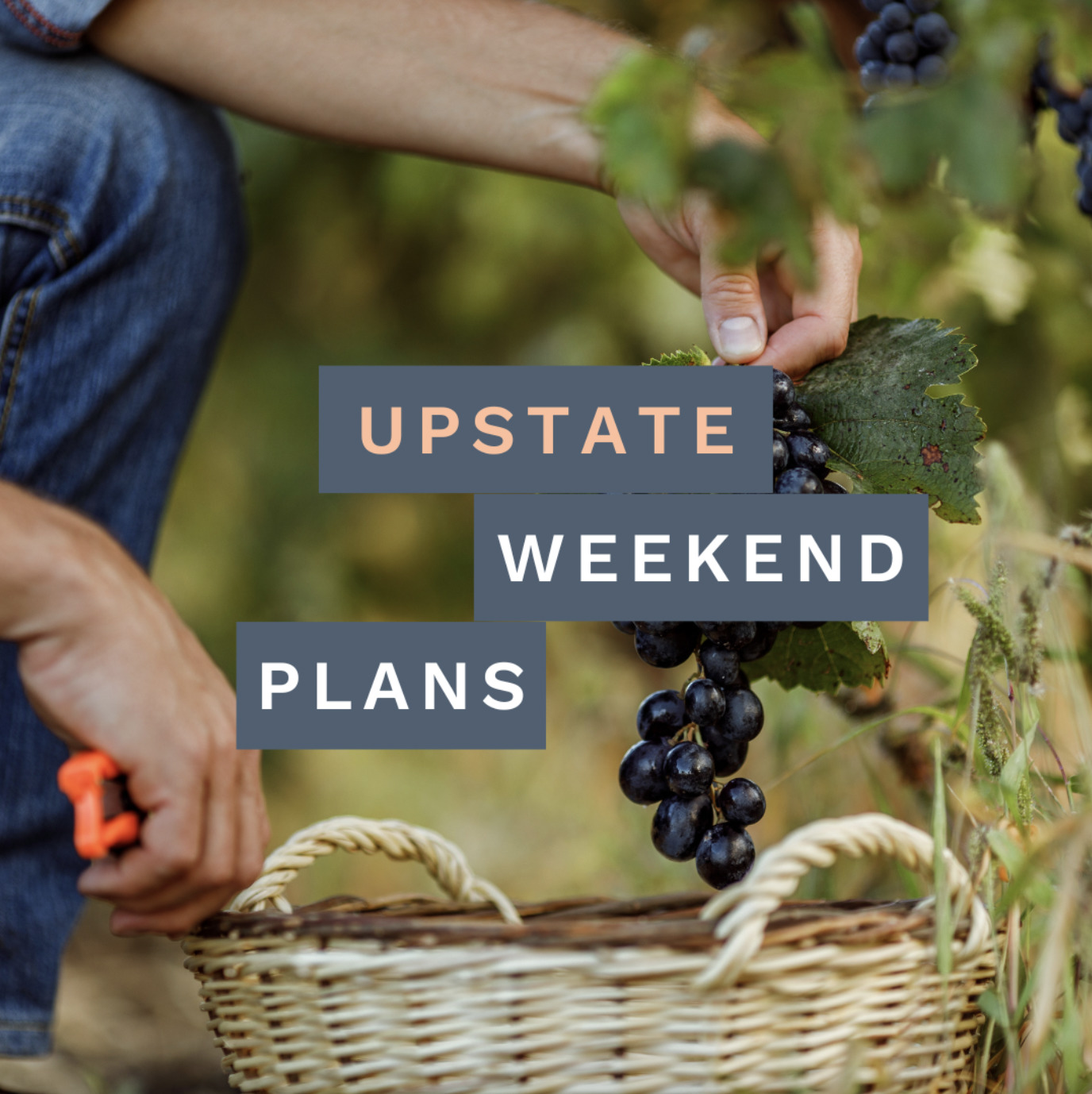 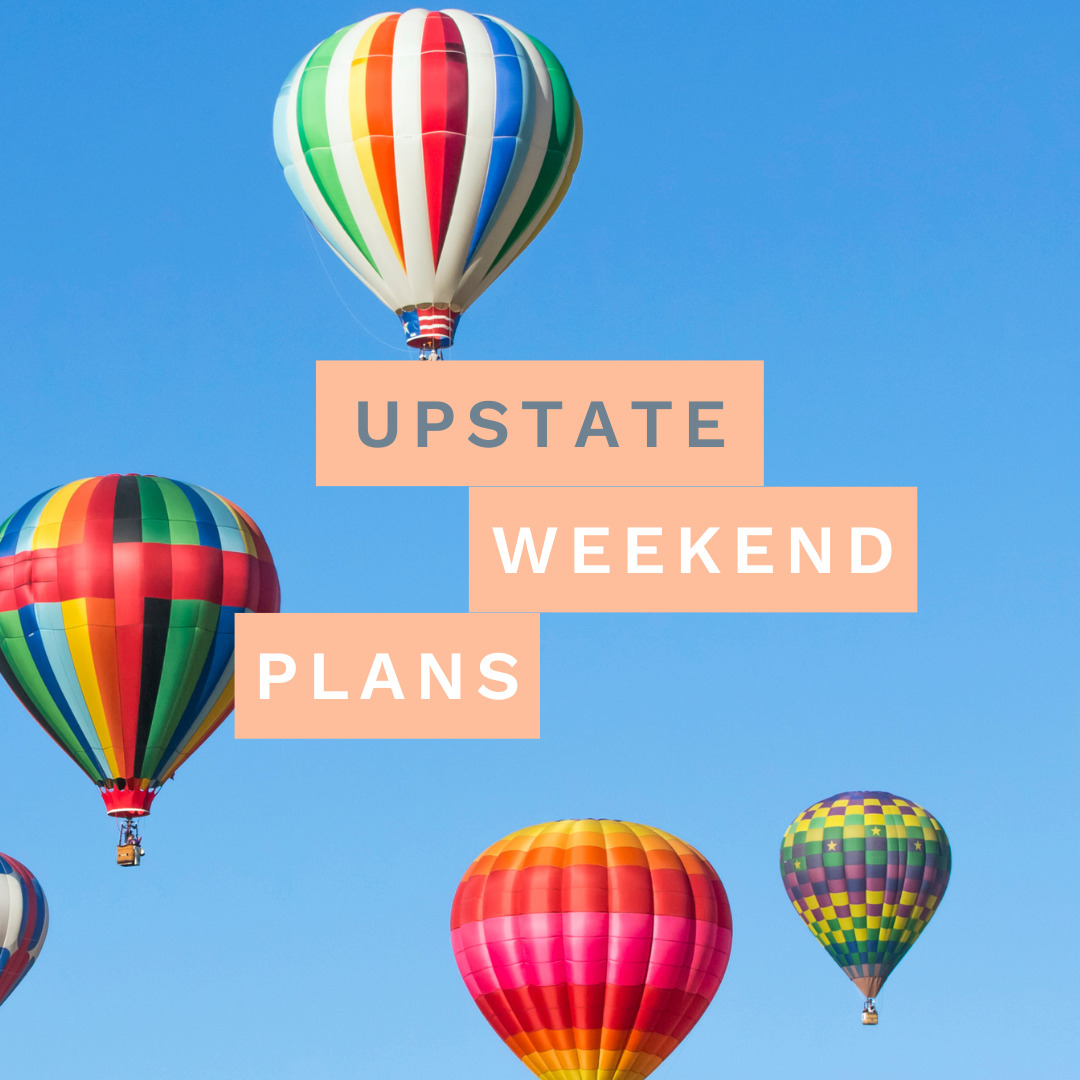 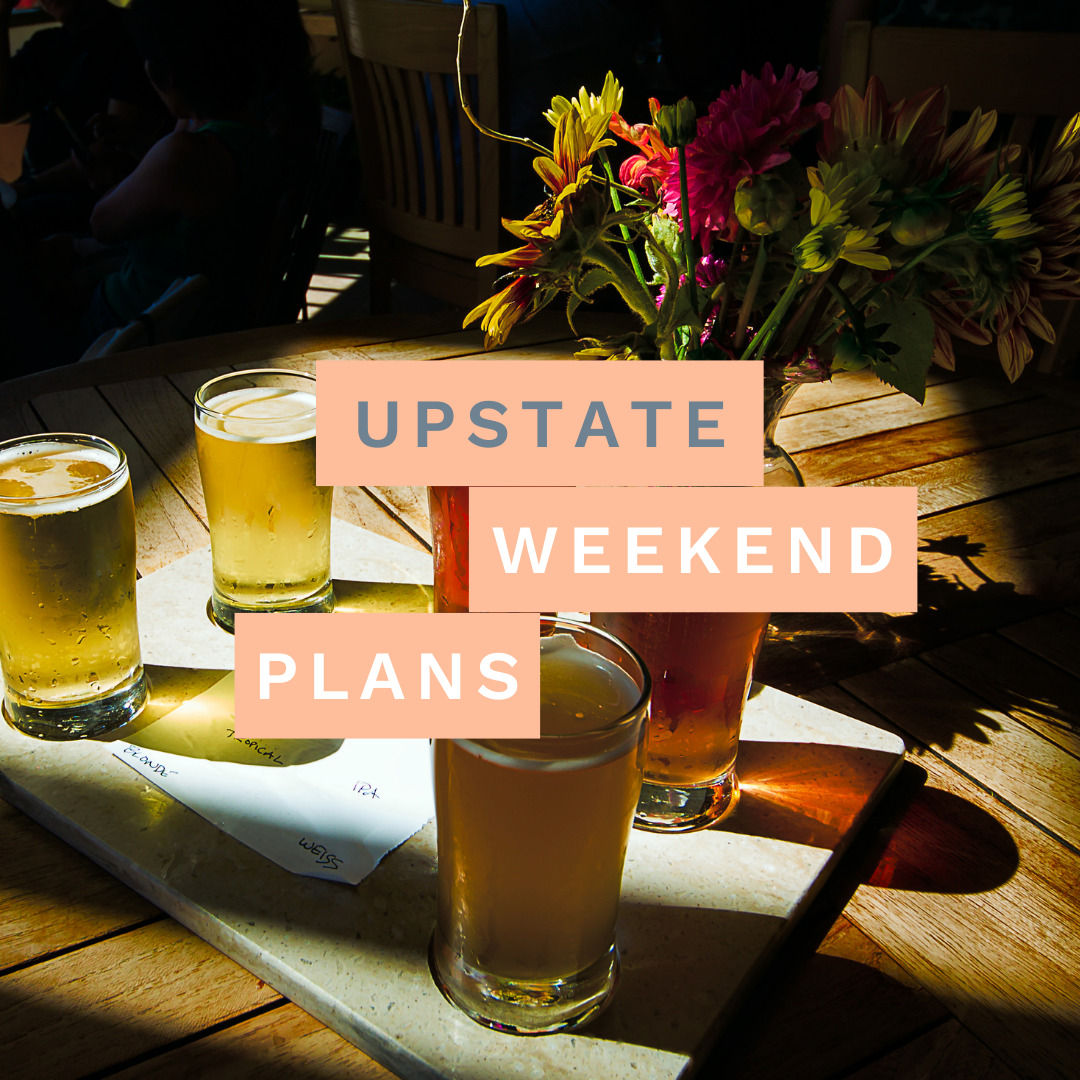