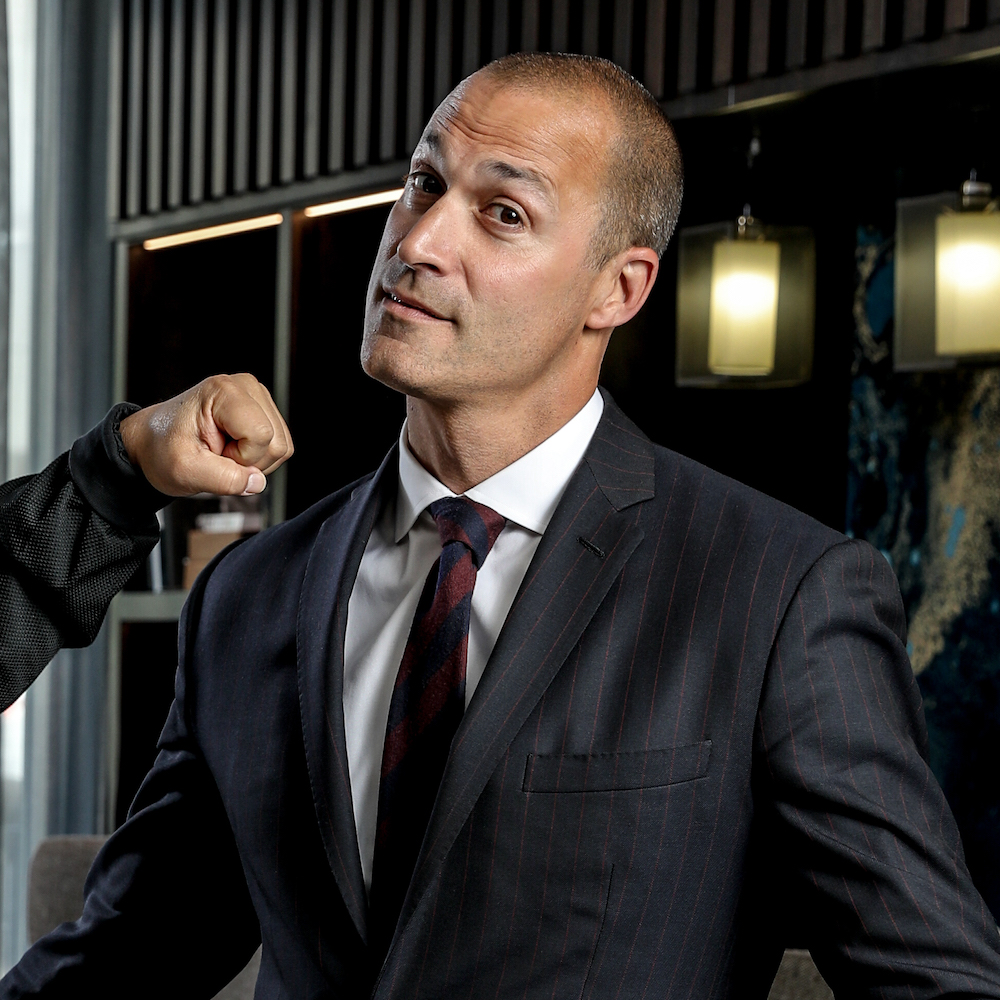 Behind The Lens with Celebrity and Polymath Image-Maker Nigel Barker

Next in our BEHIND THE LENS series, where we spotlight image-makers who call the Hudson Valley their home, is the internationally renowned fashion photographer Nigel Barker.

Nigel hasn’t confined himself to a behind-the-lens identity. His next moves brought him into the spotlight as his own celebrity. First, as a judge (and photographer) on America’s Next Top Model, which airs in over 140 countries. He also hosted America’s The Face and Top Photographer with Nigel Barker, before executive producing the photo-based VH1 reality contest The Shot. He teamed up with Taylor Swift to shoot a first-of-its-kind photo book titled “8 Hours/Taylor Swift.” And these are just a few of his many, many successful projects.

Meanwhile, Nigel still finds time to be the celebrity representative for Make-A-Wish Foundation, and The United Nations Foundation’s Girl Up, in addition to being the campaign photographer for Fashion Targets Breast Cancer. He is a current Champion Ambassador for the Special Olympics and on Board Member for JumpStart.

When you look at his prolific career, you realize how Nigel has combined his exceptional talent with a high degree of motivation and confidence to achieve success across a wide range of projects. Indeed, it seems that he succeeds at anything he puts his mind to. With that said, we’re thrilled to get personal with our Hudson Valley image-making polymath, Nigel Barker. 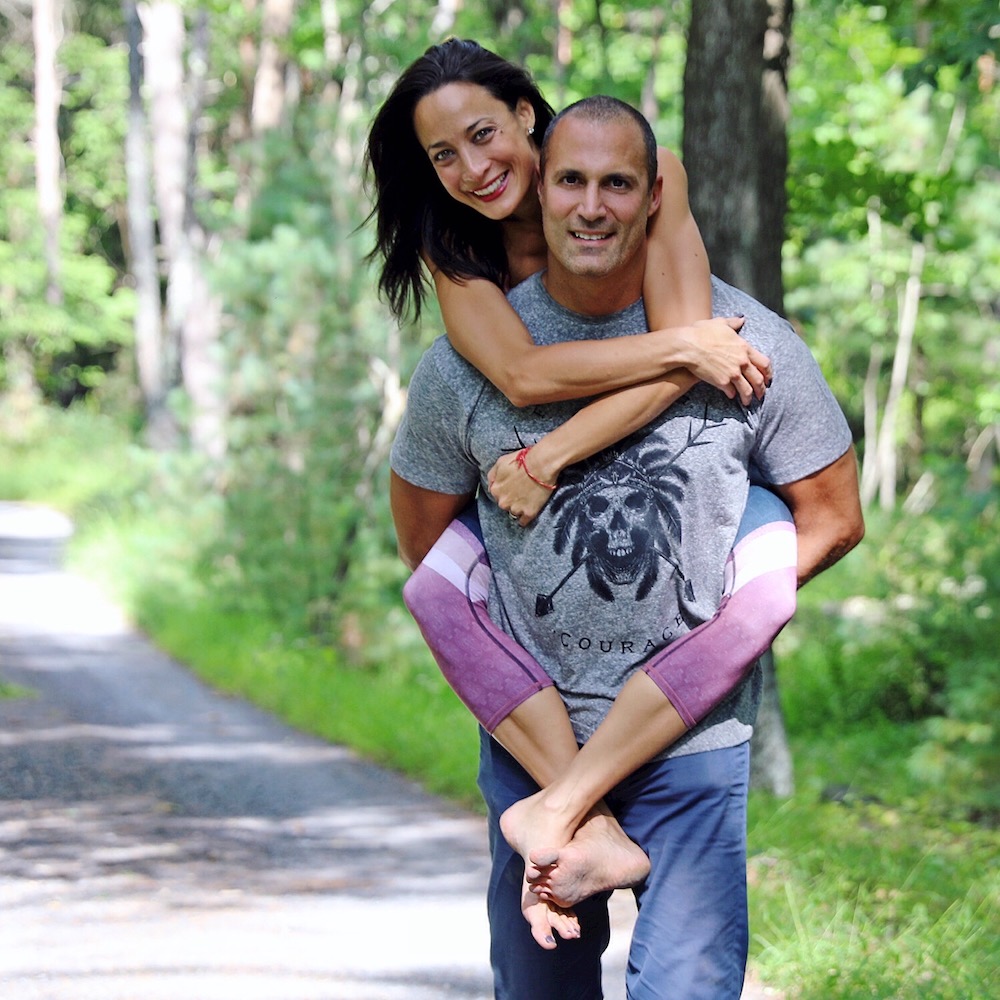 Where were you born and how did you wind up in Woodstock, NY?

I was born in London and spent the first 18 years there before moving to Europe to pursue a career in modeling. I lived in Milan, Paris, Barcelona, Munich and Zurich before moving to NYC, chasing my then-girlfriend Crissy from market to market. Crissy and I started visiting Woodstock 25 years ago after my roommate (a Woodstock renowned artist), Ford Crull, introduced us. We fell in love, and it became our go-to escape from the city. Years later, now with children and a dog–we bought our home in Bearsville. Two years after that, pre-pandemic, we decided to shift gears and base ourselves upstate and never looked back. 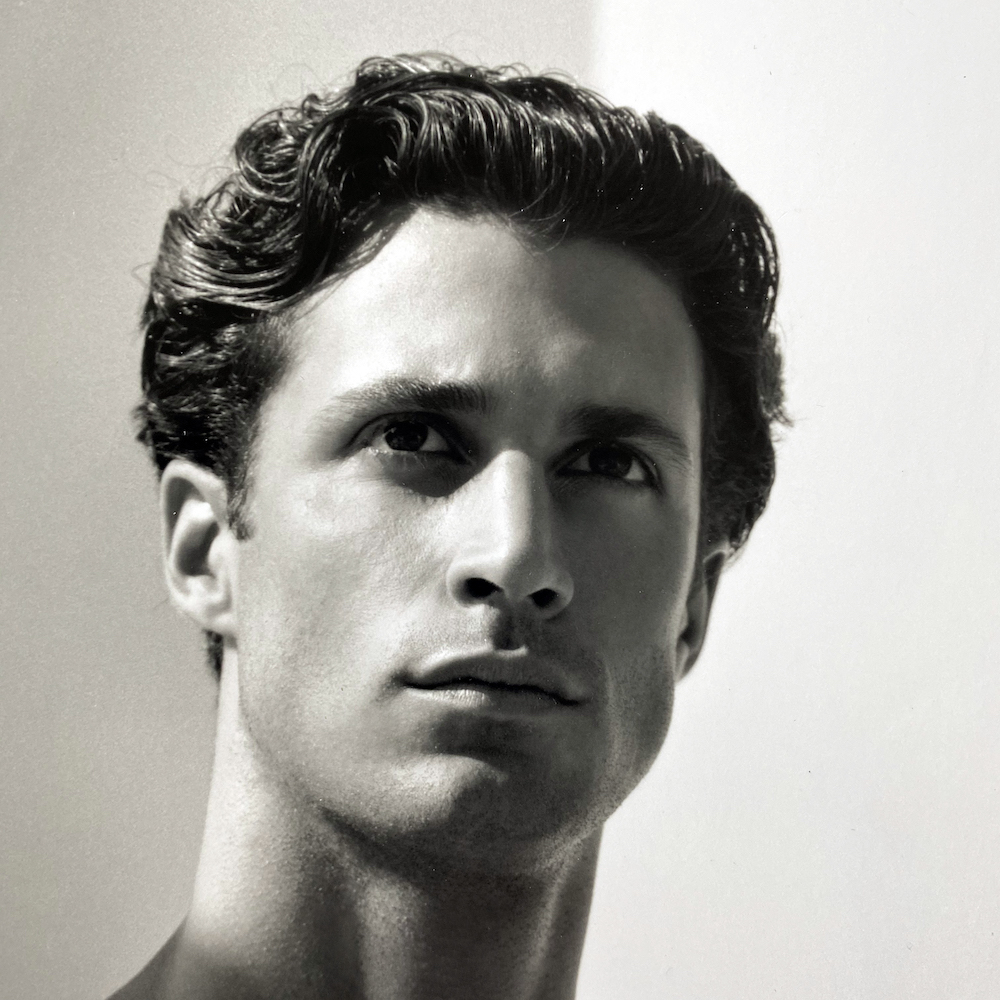 When did you realize that you wanted to be a photographer and how did you get your start?

I got my first camera–a Kodak Brownie when I was around 14 years old. It took 120mm film and was my pride and joy as a teenager. I never really considered photography as a career choice because it seemed more of a hobby, and my parents had grand plans for me to attend medical school. I started modeling in my senior year of high school, which allowed me to travel and make some money before going to college, but one gap year led to two, which led to me never going back.

I started modeling in the late 1980s during the supermodel era when models like Naomi Campbell, Christy Turlington and Linda Evangelista were stars, and male modeling was right out of Zoolander! By the mid-90s, grunge, androgyny and heroin-chic were in vogue. I realized my days were numbered unless I could pivot. Around that time, in 1994, I met my future wife Crissy and her sister Kimmy, and they became my first muses. A photography career was born! 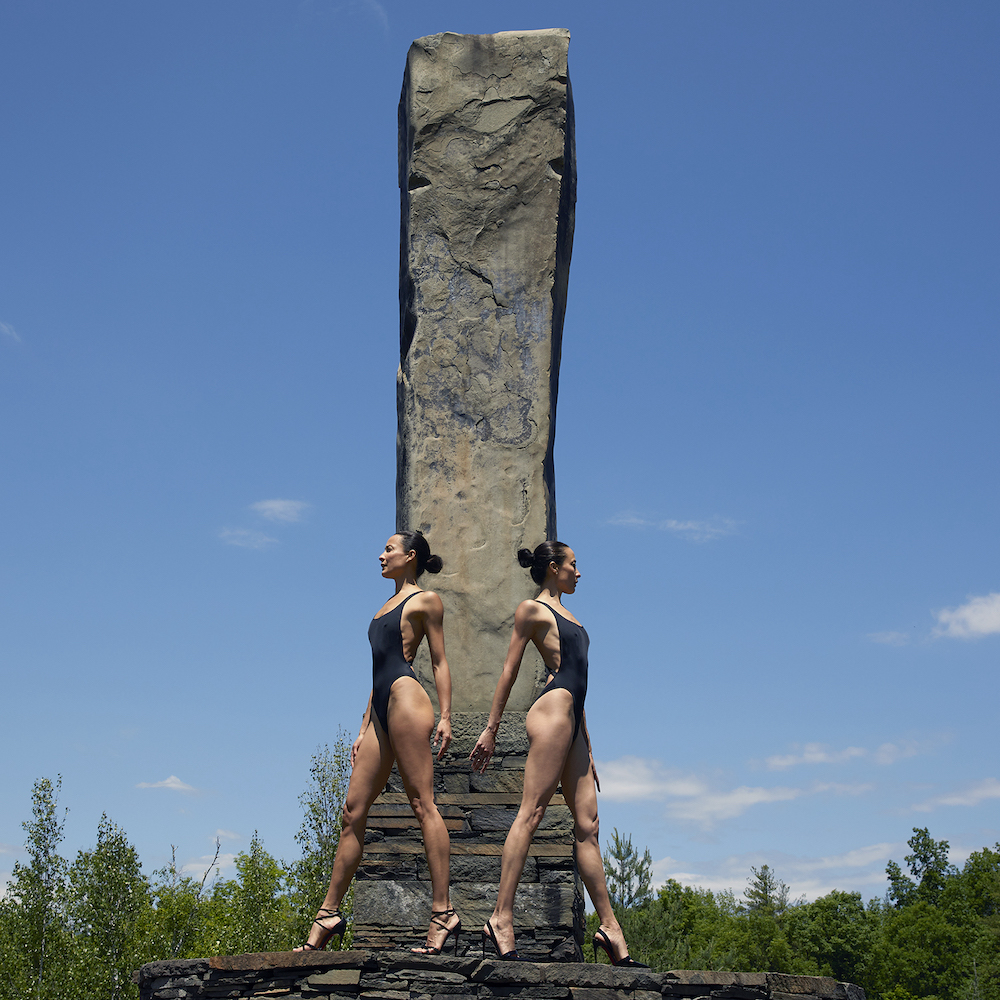 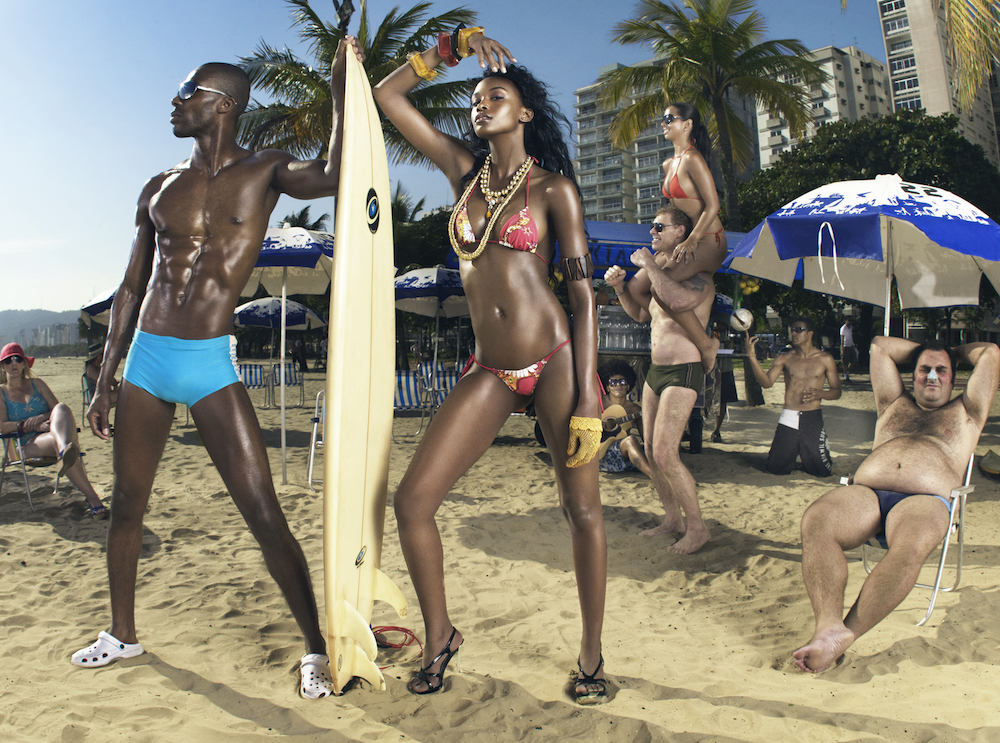 Tell us about your style of photography and your photo journey.

I love to tell stories and always try to find a narrative with my pictures for people to connect with; I also love fantasy and creating imagery that encourages you to dream. I started taking photos of Crissy and Kimmy in Milan, Italy, and before long, all their friends and fellow models asked me to take their photos. I used to tell the girls to keep their hair and make-up on after their jobs. Then, come and see me before they showered and washed it all off so we could shoot professional photos. I soon became a working “test photographer” because I used to be a model, and the agencies trusted me. I had an automatic “in.” When we moved to NYC, I set up my first studio in the Meat Packing District called Studio NB and dug in. My first published job was for Interview Magazine, which led to a 14-page spread in Paper Magazine, and BOOM, I was on the map. Granted, this was years in the making with tons of hard slogging, but I loved it. 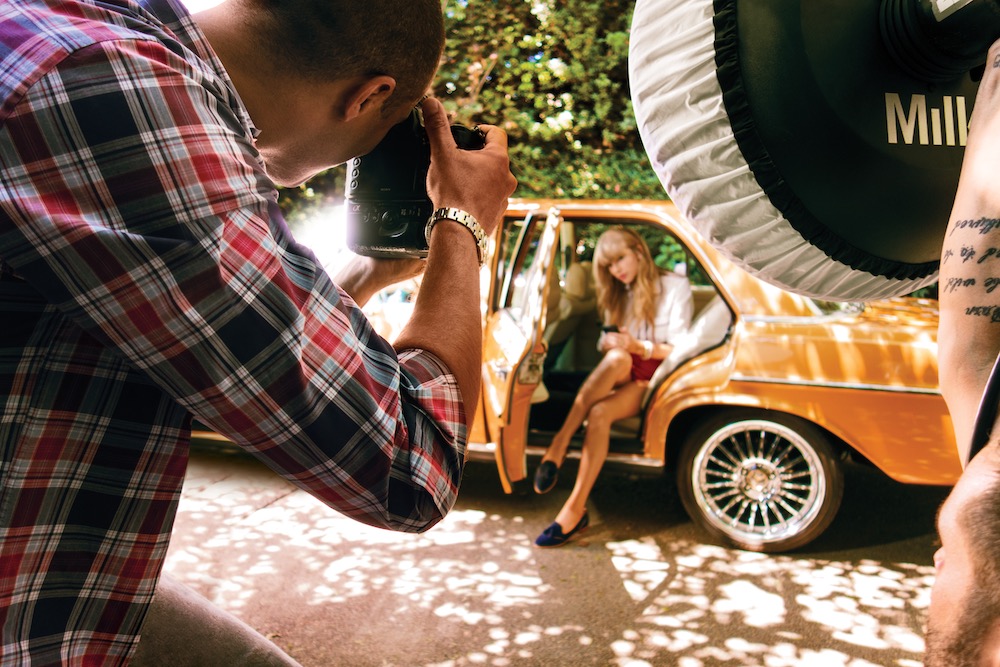 You’ve shot Fashion, Celebrities, Editorial, Film, and TV – how do you decide what or whom you are going to shoot?

Initially, you shoot what you can and what comes your way, but I was always passionate about having a signature style to my work that lent itself to fashion and advertising. My love of shooting people and portraiture, combined with fashion, made my images more about the person than the clothes, which worked for me.

America’s Next Top Model came almost out of nowhere. My friend and stylist Nole Marin told me about an audition for season 2; they were looking for photographers for individual episodes. I went in and showed them my work and critiqued a bunch of magazines on camera. Several weeks later, I got the call. Except, instead of being asked to shoot one episode, I was asked if I’d like to be a permanent judge and photographer for season 2. That led to 17 more!

What type of camera equipment do you use?

I have all kinds of cameras now. From Canon 5D mkIVs to Sony A900s to medium format cameras like Mamiya RZ 67’s, Pentax and Polaroid. One of my favorite cameras is the Polaroid 20×24 camera. There are only 5 in existence. 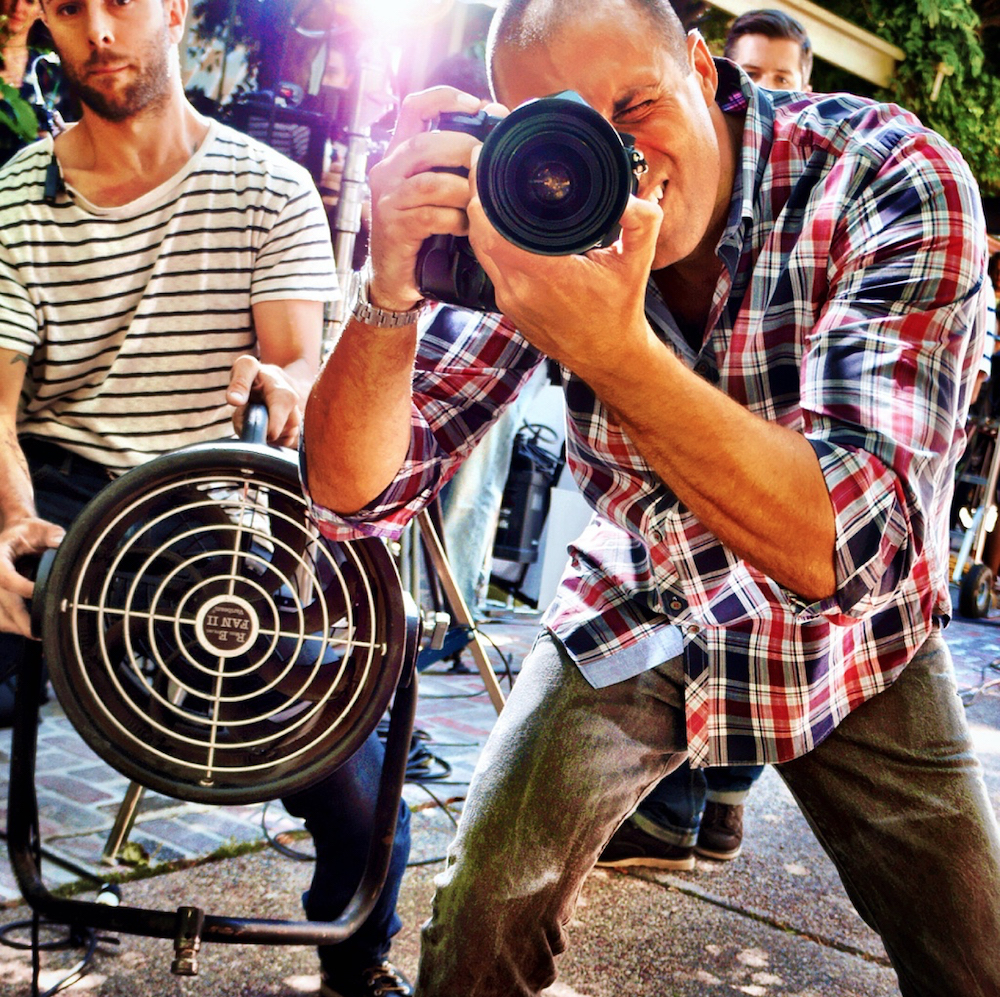 It really depends on the assignment. But, if I’m shooting a portrait, I like to know as much about my subject as possible, and it’s so important to make my subject feel at ease and comfortable. The aim is to create an environment where they can relax and let their guard down. Music, food, temperature, and location are all critical. 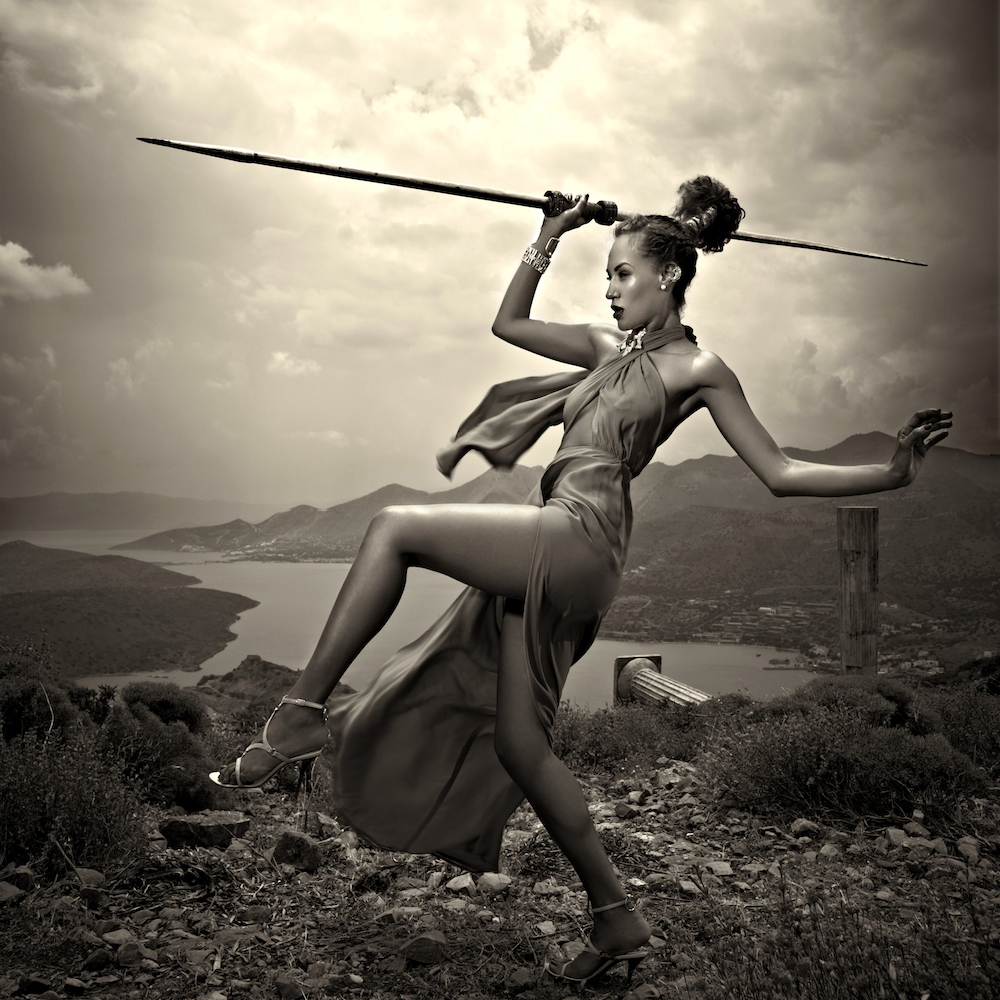 What is one question you’re constantly asked OR what’s the biggest misconception about your work?

Photographers and models always ask me if I like their photos. I always say that regardless of whether I do or not, the question is, do they? You need to believe in yourself and like your own work. If you shoot for approval or likes, you won’t find your unique style, and it’s hard to be identified as having a point of view.

How is your industry changing and how are you adapting?

The photography industry has changed completely since I first started, from film to digital, TV to streaming platforms, magazines to social media, etc. Personally, I always try to stay up-to-date with what’s going on because I’m fascinated with change, and life is constantly changing. And while the business model has changed and the way you take pictures has been democratized through camera phones, the job of capturing a moment in time and telling stories is the same. 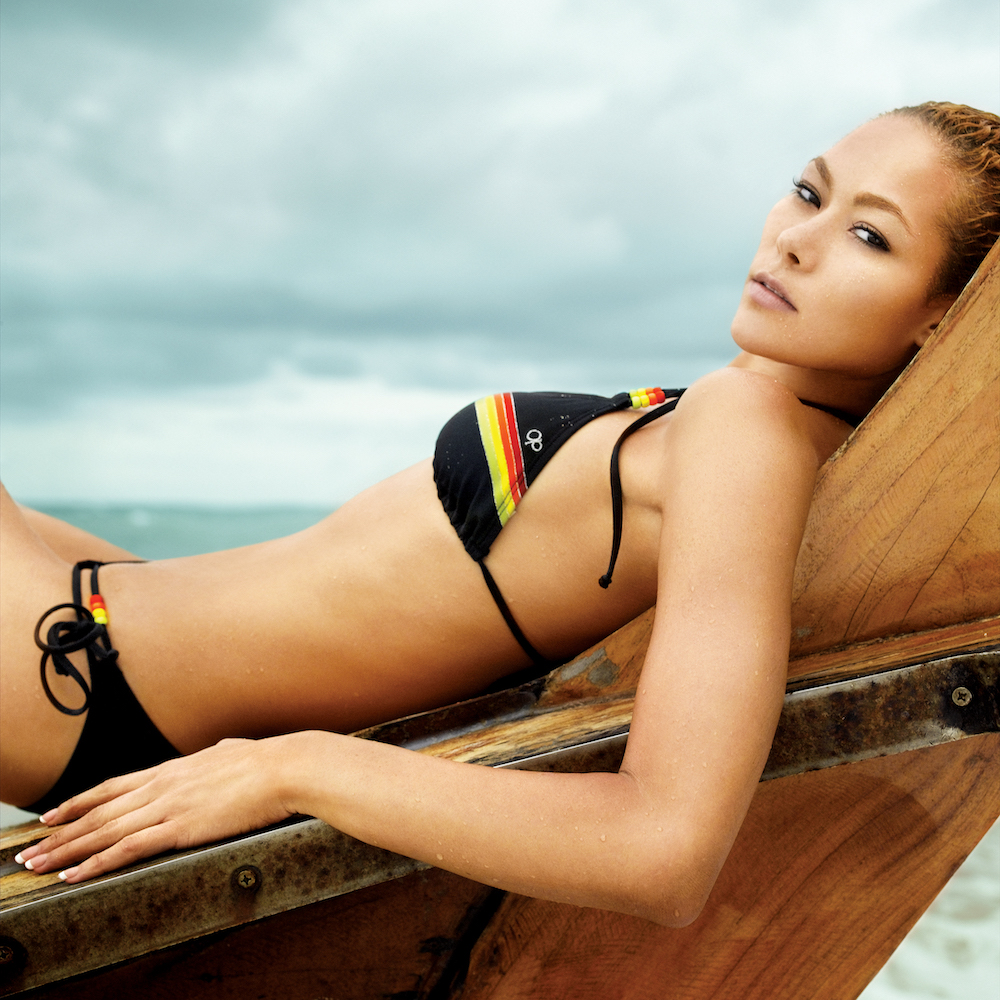 Do you have an agent?

I’ve had several agents, but I now manage my career out of my studio upstate.

How do you grow your business? How do your clients find you?

As I have been in the business for 30 years, I’m luckily pretty easy to find, but it still takes work. Working with new magazines and publishing personal work is a great way to stay on the cutting edge. 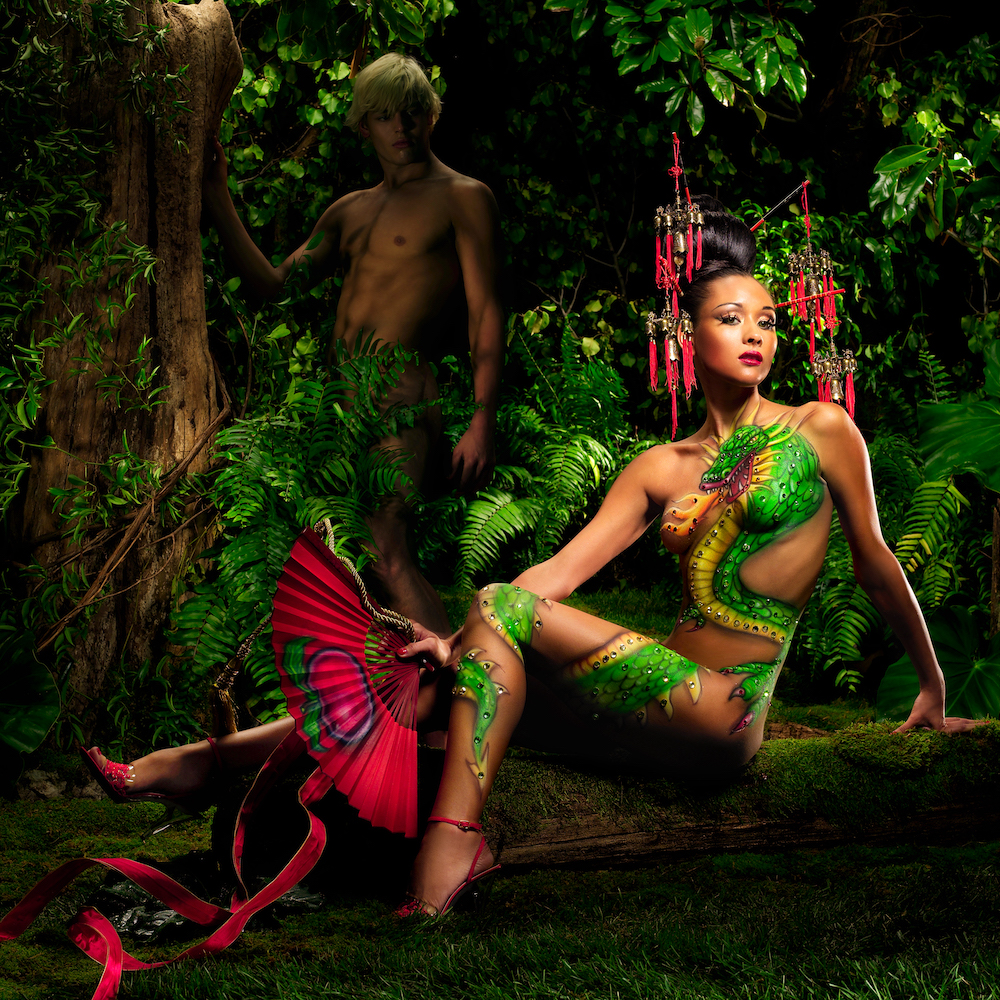 You have 394K Instagram followers–clearly, you’re engaged on social media. Do you leverage social media for work and how is that going for you?

Yes absolutely! It’s one of the number one ways businesses market themselves. Therefore, it’s important to have a voice. Being a photographer, I feel like many platforms were made for me.

You are also a podcaster! How did this show come about? And we have to ask – do you prefer shaken or stirred?

One of my favorite things to do is mix a cocktail at the end of the day, sit down and have a fun chat about the world, life and pop culture. During the pandemic, that took on a life of its own, and my podcast, the Shaken & Stirred Show, produced by Embassy Row, was born. Oh, and I like both ways–it just depends on what I’m making.

I’m working on several exciting projects. I’m the creative director of 21c Chicago, the museum hotel. I am producing season 2 of my wife’s show on the Design Network called The ChinTwins, and back by popular demand, I’m working on season 2 of Top Photographer. 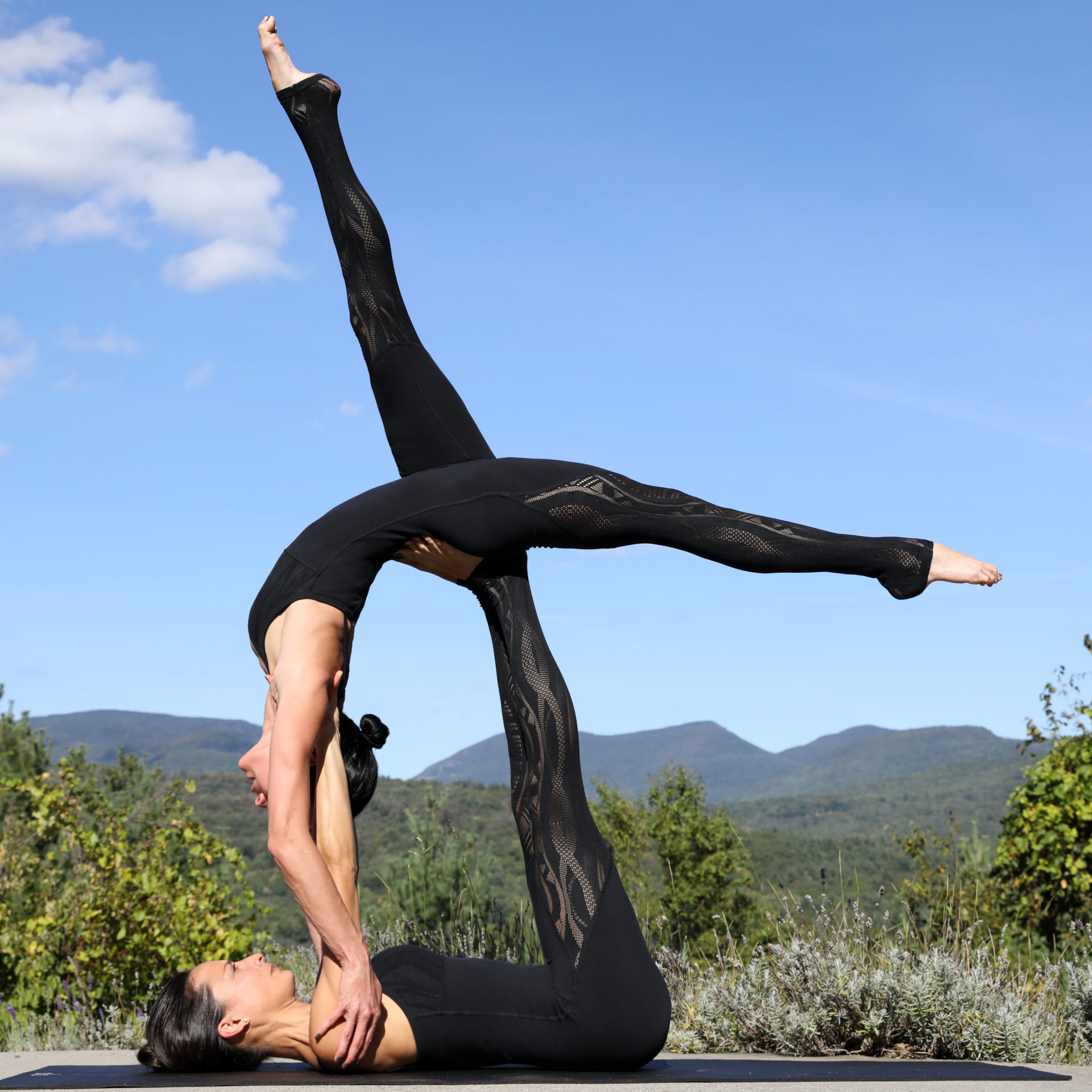 What is it about Bearsville and the Hudson Valley that makes it unique to live + work here?

It’s amazing to be surrounded by beauty and nature. The Hudson Valley is so rugged yet also refined. I find inspiration everywhere I look and I’m just a short drive to NYC when needed.

How do you find your support crew? Assistants, hair, makeup, and stylists? Do you have a team in place? By the way, did you know we have an online directory that lists professional services like this!

There are so many great talented people upstate already and whenever I ask someone to come up for a shoot they always jump at the opportunity. And yes I look forward to using your directory.

What impact does your business have (or strive to have) on your town/community?

Many of my images highlight the beauty of the Hudson Valley either as a backdrop or as the star itself. We cater our shoots locally and love to feature local talent. When my crews come in from the city they are always charmed by how amazing the hotels and restaurants are in Woodstock and the local vicinity. 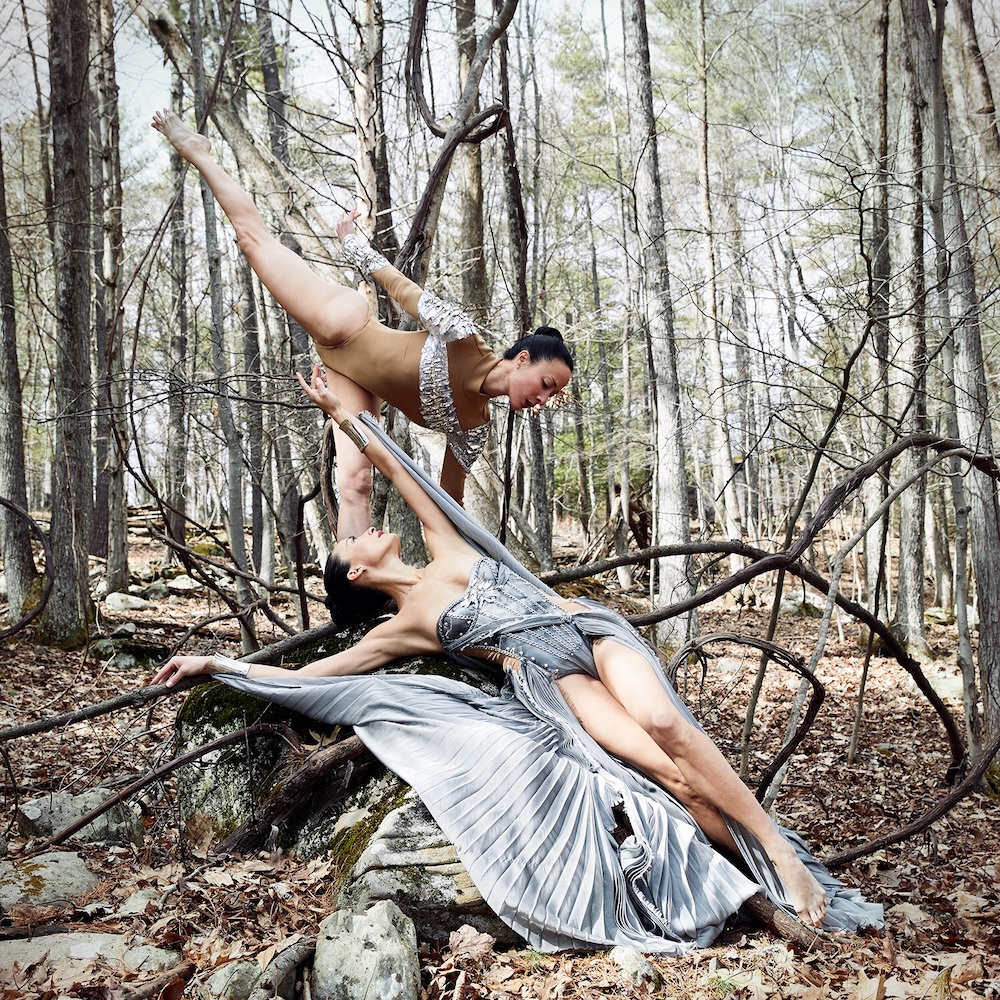 Mostly the hotels, restaurants and food suppliers. Because there’s such a high level of quality here, it’s always a delight to have people come to me where in the past I always needed to go to them.

What is missing in the area (or town) that you wish we had?

It would be great to have more studio space for photography with cycs, full equipment for rent, and daylight studios that are well thought through.

What would be your dream assignment?

Do you mean what is my next dream project? I’d love to travel across the US capturing stories about small towns and life helping to showcase communities like Woodstock, hidden gems that make this country extra special. 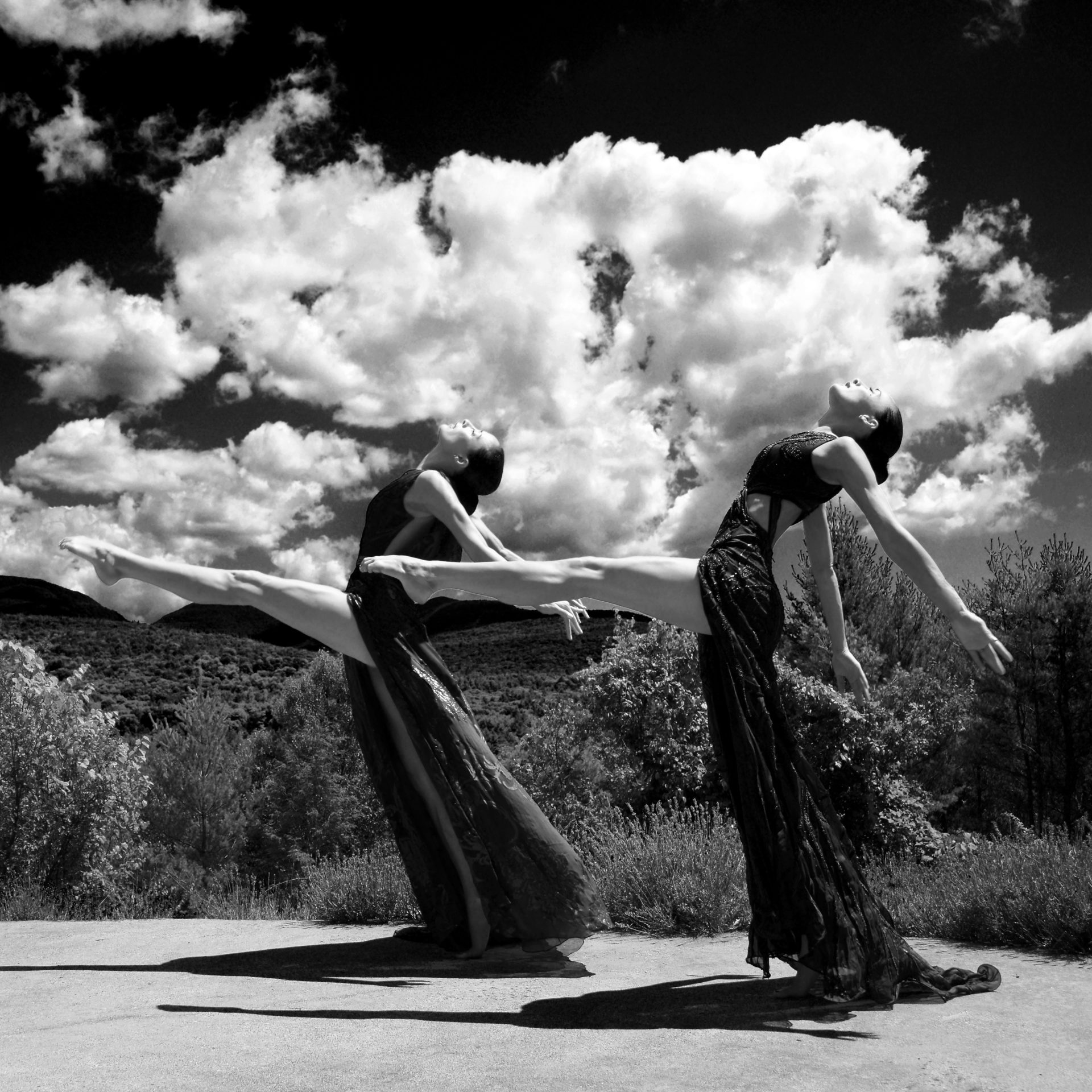 Who or what is your favorite person, place or thing to shoot?

Is that really a question? Ha! Well after 28 years of photographing my wife and sister-in-law, The ChinTwins are clearly my favorite people, although with my daughter and son entering the modeling world now, that position is shifting quickly! Other than Woodstock, I also love to shoot in Point Clear Alabama which is where The ChinTwins are from. 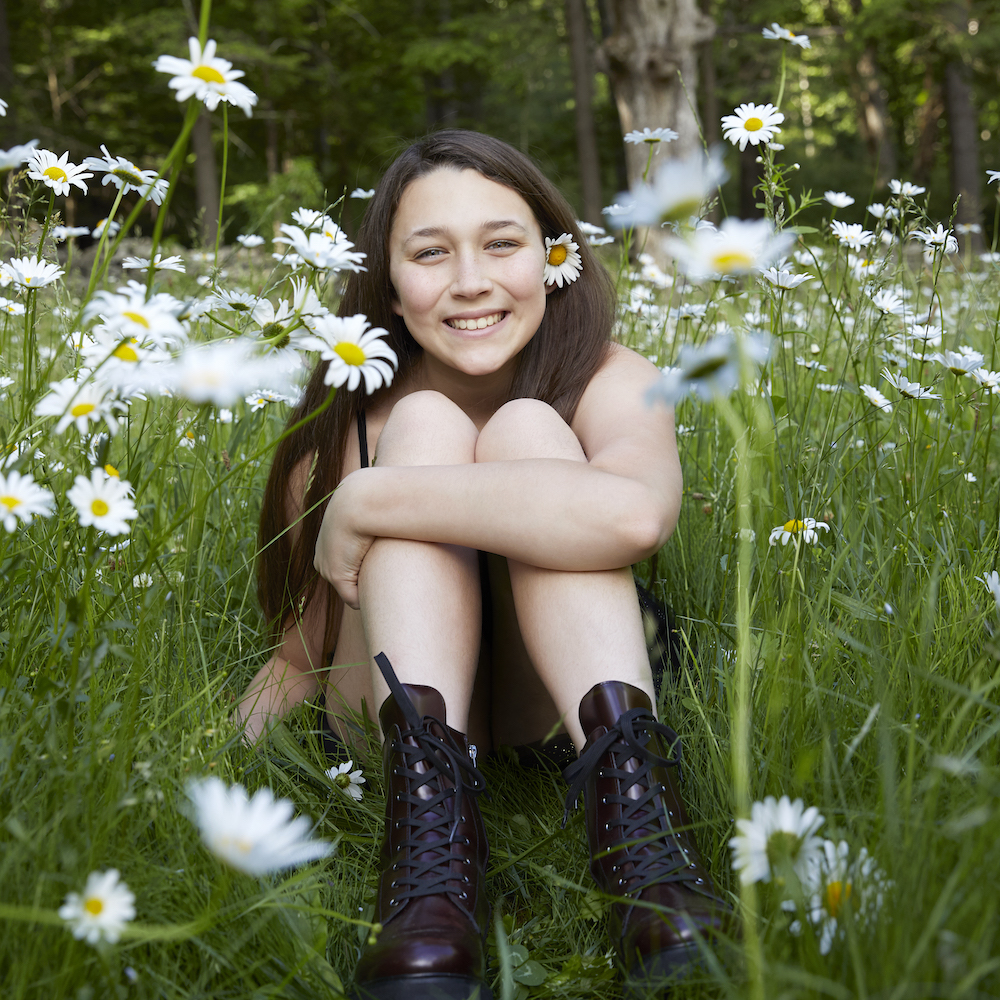 Who or what inspires you professionally? Personally?

I’m inspired by life itself, the weather, politics, fashion – everything. I’m passionate about life and try to live life to the fullest. 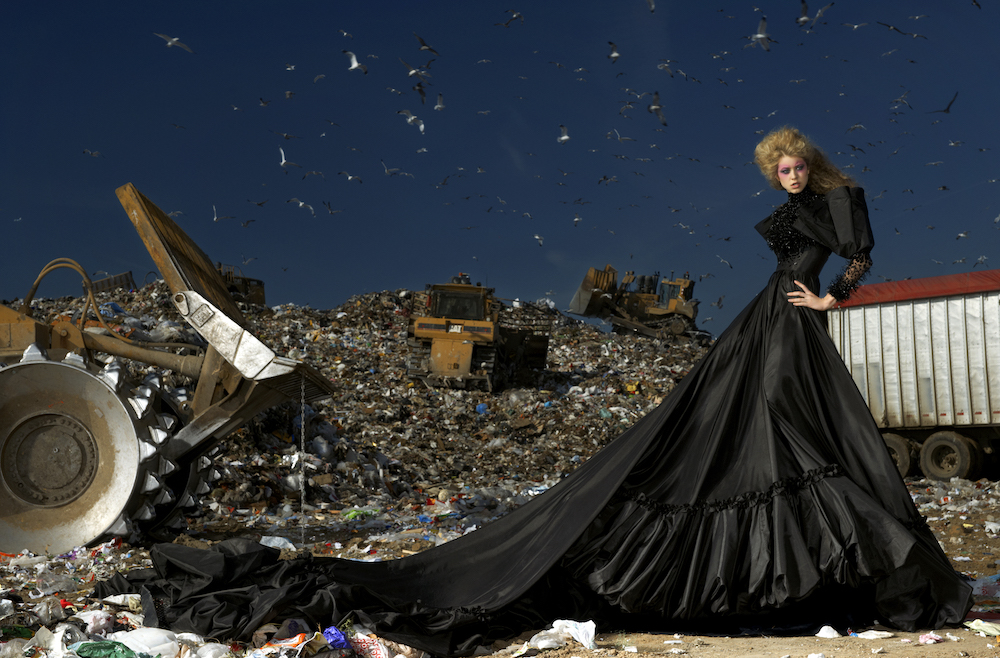 Tell us something about yourself that people might be surprised to know?

That calls for a martini session together! What would be your dream local Staycation?

If that is your happy place, of course, you can! What is your current state of mind?

Always positive despite current affairs and pandemics. I feel very lucky and blessed. 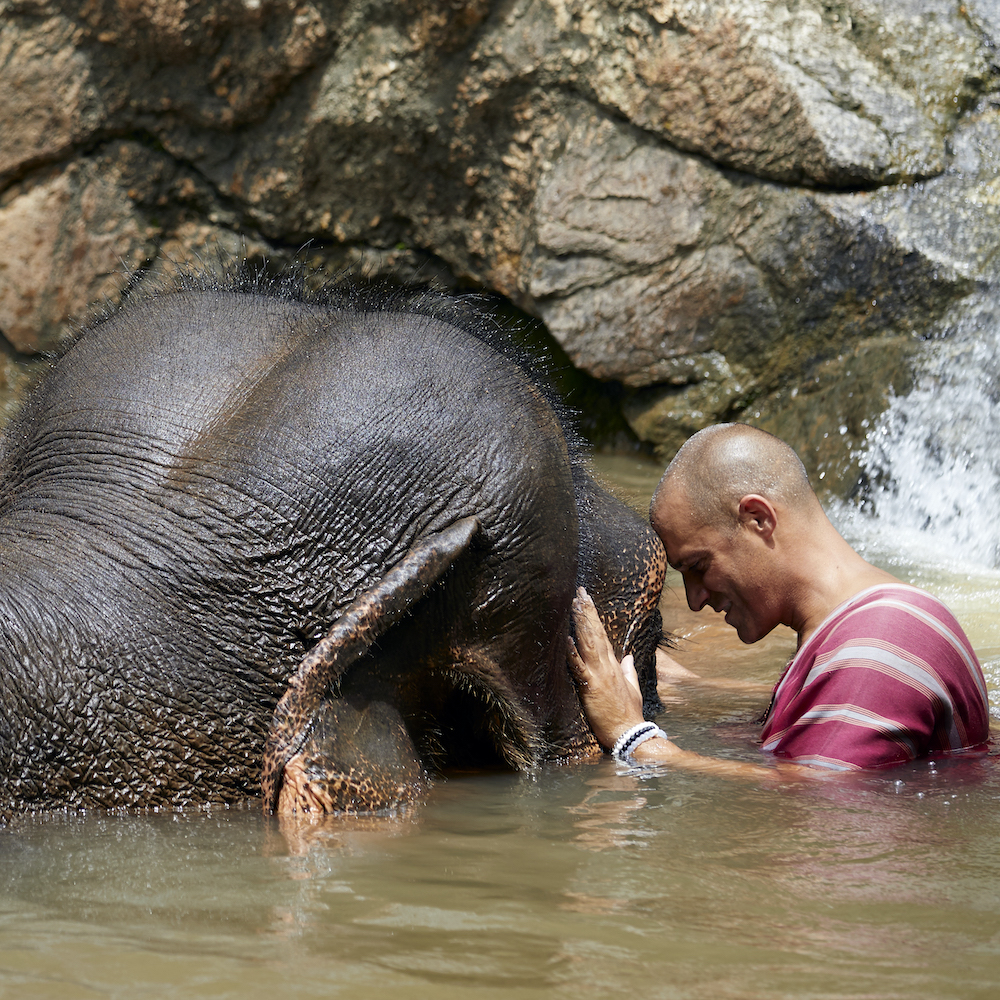 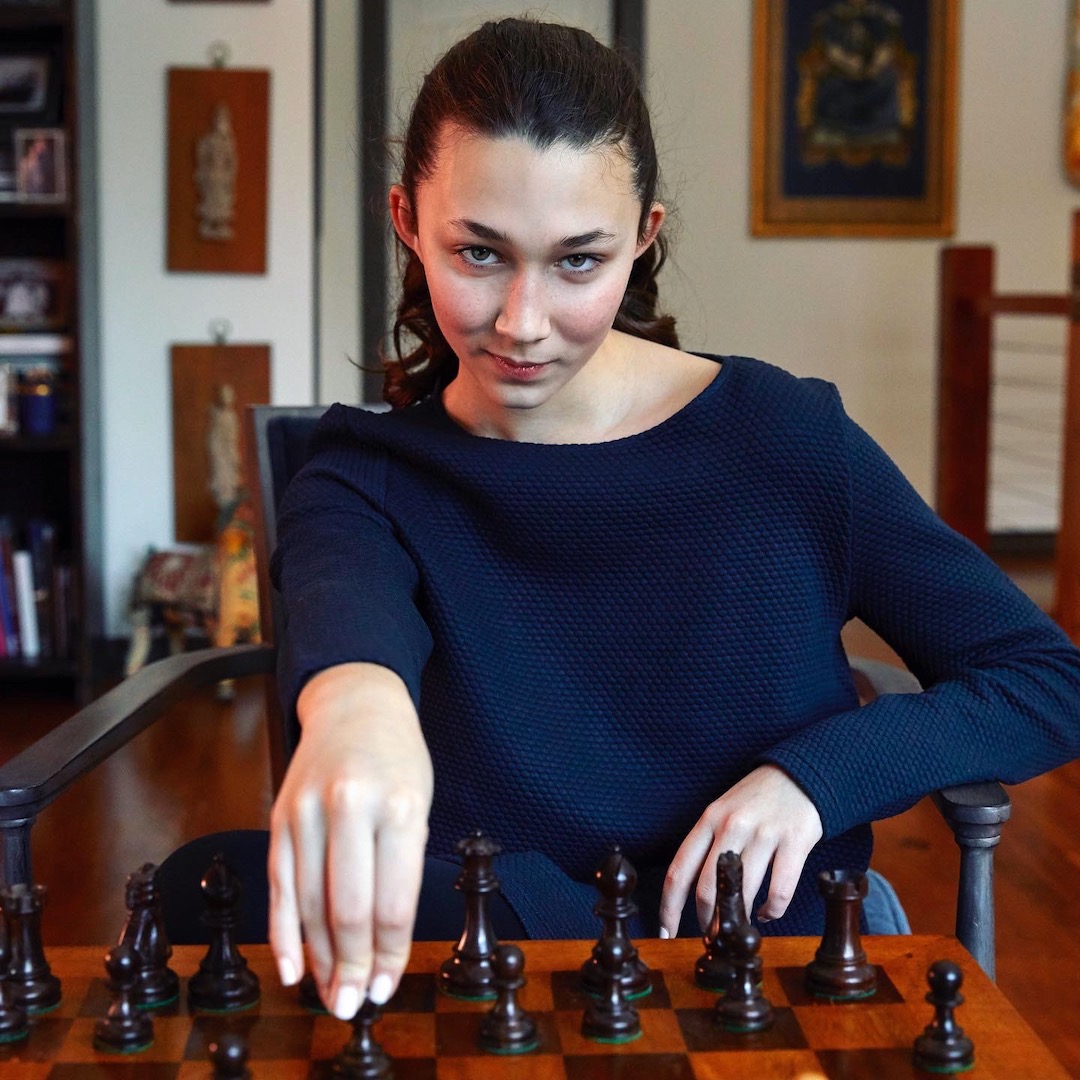